Concrete Pavement Restoration: How to Give CPR to Roads 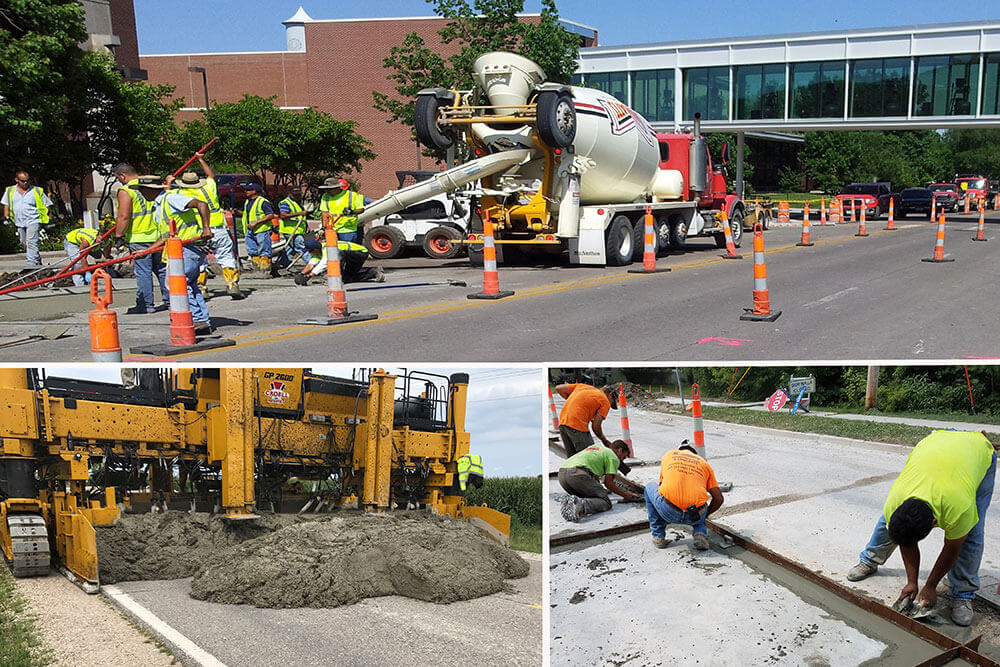 Concrete pavement restoration (CPR) is much like its shared acronym, in that it restores life to worn-out pavement.

But CPR isn’t just one simple preservation process. It comprises a handful of techniques that must be applied to match certain conditions and during certain stages of pavement distress.

Jerod Gross, Civil Engineer for Snyder & Associates in Ankeny, Iowa, described this process during the recent National Pavement Preservation Conference in Nashville, Tennessee. According to Gross, the understanding of when and how to apply preservation techniques comes partly from a well-organized pavement preservation policy.

This policy needs to state “what the goal is, what is the condition of the roadway and what kind of service life do you want out of your roadway,” says Gross, who has also worked with the National Concrete Pavement Technology Center on pavement preservation management.

These factors must be determined before a treatment is selected with the corresponding roadway, technique, and time. To do this, pavement owners, such as state departments of transportation and municipal road departments, need to know the pavement’s expected performance and the expectations of the driving public, which are usually a smooth road and fewer traffic delays. They also need to know the costs.

The aim is to maximize preservation dollars and to act before a road is too far gone, Gross says. Waiting too long can lead to agencies spending four to 10 times more to restore a road.

“It’s important to recognize where your roadway is on a pavement management curve,” Gross says.

The American Concrete Pavement Association (ACPA) says planning CPR needs to begin at roughly two-thirds to three-quarters of a pavement’s original design life. For example, a 20-year pavement should undergo preservation within 12 to 15 years.

1. What is the pavement’s condition?

This boils down to conditional analysis, in which agencies take a road inventory, such as miles of roads, condition, and remaining service life.

2. What level of service will be provided?

Gross says it’s key to involve the decision-makers – city officials, for example – in the pavement management program to garner support from those providing funding assistance. For example, one transportation agency took city officials in a van and “drove the city streets and talked about the distress they’re seeing and what’s causing the distress, and they’ve come to an agreement on the road condition,” he says. In that way, all parties can come to a consensus on a pavement condition index (PCI), for example, and determine what is allowed, what is the level of service, and what is the target condition.

3. What level of deterioration is acceptable?

Gross says agencies can use multi-year data to monitor PCI and roadways. PCI changes signal the need to start looking for the root causes of deterioration and then use that information to help determine the likelihood and consequences of further deterioration. “That’s the start of that pavement management model,” he says.

4. What are the options?

Agencies must determine what their staff can do. “In the past couple of years, some larger municipalities are either doing their own crack seal program or they’re hiring it out for contractors to do crack sealing or a preservation project,” Gross says. “You need to ask yourself what is most feasible for your agency and how do these strategies impact the overall performance.”

To answer this question, Gross recommends agencies use a software program that processes road condition data, such as crack measurements. Programs such as MicroPAVER or dTIMS provide a variety of management tools to help establish budgets and help determine how an overall road network will perform under different funding levels. Software also provides quantitative data and assigns a road’s priority level in an agency’s capital improvement plan or management plan.

Concrete preservation methods need to be thought of as a toolbox of techniques, Gross says. Sometimes there could be two or three different tools that an agency will want to use, but care has to be taken in going through what he refers to as a “hierarchy of techniques.”

“For example, if you have a roadway that needs concrete full-depth patching or partial patching or if you have faulted joints, you would do the full-depth repairs before you do any dowel bar retrofit,” Gross says. “Then you would hopefully do some diamond grinding, if you have funds that would allow that. The last technique would be to reseal those cracks, because with both concrete and asphalt roads, we want to keep water out, especially in the upper Midwest where we want to eliminate or minimize freeze-thaw distress.”

The more common CPR methods include full-depth repair, partial-depth repair, diamond grinding and grooving, joint and crack resealing, slab stabilization and dowel bar retrofitting. Each one of these techniques, described below, has its own timeline and limitations for usage, depending on the pavement condition.

• Full-depth repair: In Iowa, Gross says, this sometimes involves placing precast sections of pavement in heavily populated areas where it isn’t feasible to close a road for extended periods of time. “They go in manufactured onsite, so we can dial them into the pavement and get the road open right away.”

• Dowel bar retrofitting: This restores load transfer from concrete panel to concrete panel. “If you have faulted joints or there is the load transfer between the joints, they’ll come in with a cutter, cut in three slots and put three bars on each wheel path so you’ll have a total of six bars per lane,” Goss says. He adds that this technique provides long-term rideability.

• Diamond grinding and grooving: This provides a smooth, rideable surface, and with certain cutter profiles, it can provide a low-noise roadway. “That’s a two-step process where you have a diamond grinding up at the top and then come back and do a grooving where the blades are spaced out about three-quarters of an inch,” Gross says.

• Partial-depth repairs: Using concrete milling heads with different patterns is becoming more popular in Iowa and Minnesota, Gross says, with Minnesota leading the way. “They’ve been very successful with those, and we’d like to say, on the average, a partial-depth repair will give you at least 10 to 20 years of life if the pavement is the right candidate.” Minnesota has several examples where such repairs have lasted 30 years. Gross says this technique aims to rehabilitate where there is joint distress limited to the upper half or upper third of the concrete. “The overall goal is to get that loose concrete off the top, mill it out, clean out the patch, prep it and put in the patch mix,” he says. “There are good mixes out there, and we’re getting good performance.”

“What we also want to identify with pavement management and the pavement preservation techniques is that when we spend the money, we get that jump in quality,” Gross says. “If you pick the right techniques at the right time, you can bring that roadway up to an excellent condition.”

For example, partial-depth repair and diamond grinding can improve a concrete road’s quality and extend its life many years at minimal cost. But if used during the wrong conditions, problems can occur. Your pavement network is a valuable asset, and it’s essential to protect it by implementing a planned approach to save money. Our team has years of professional experience in the development and implementation of fiscally responsible pavement management programs.

“If you let a road go too far, and it’s not the right tool or it’s too far down the curve to provide a preservation technique, what happens is that technique doesn’t last as long and you’re spending more money; you’re investing more money over the years,” Gross adds. “So it’s important to pick the correct tool for the correct roadway.”

This article has been reprinted with permission from Equipment World (November 28, 2017). Click here to view the article in its original format. 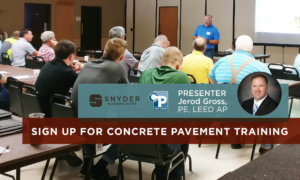 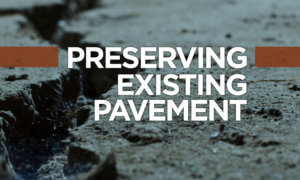 Guiding the Future of Pavement Performance