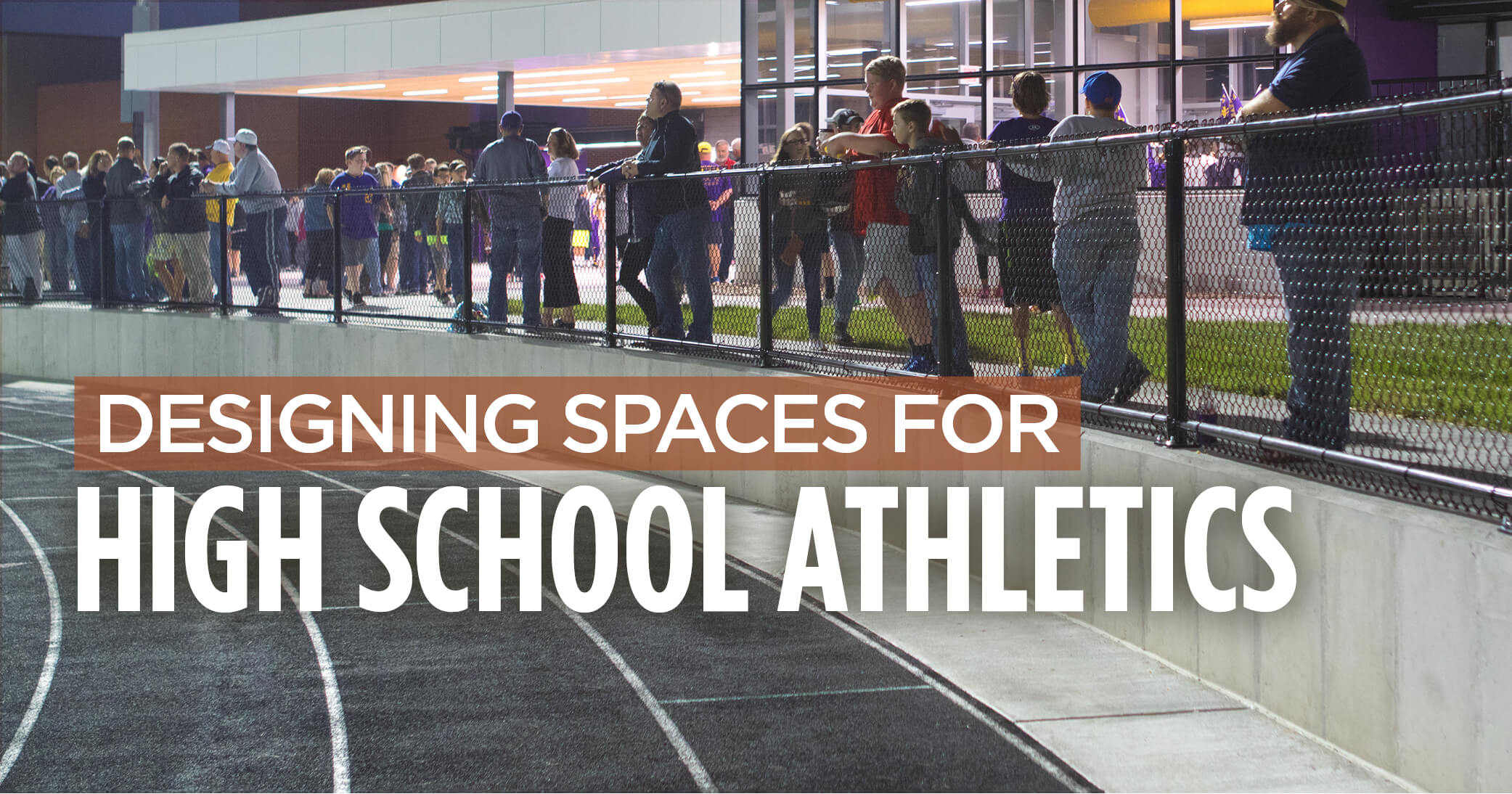 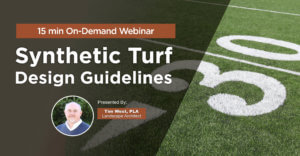 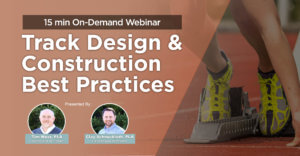 In its annual High School Athletics Participation Survey, the National Federation of State High School Associations reported the first decline in participation since 1988-89. The drop of more than 43,000 comes off a record high of nearly 8 million kids; the 2018-19 total is still the third highest since the survey began in 1971.

The nearly 8 million kids engaged in high school athletics need places to play and practice, dress and work out, and today’s facilities are a combination of efficiency—multi-sport ability for the benefit of administrations, and community—fan experience, and safety. 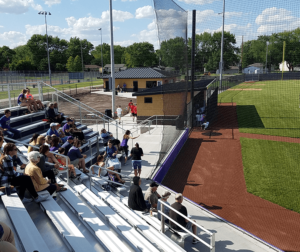 The updated Nevada baseball complex enhances the fan experience by including bigger and better stands, and aesthetically pleasing access points.

The top trend in high school facility design is space that can accommodate sports and other school and community events, said designers interviewed for this story, but there are details within design and construction that have grown in popularity in recent years as well.

One designer says he’s seeing fieldhouses as multipurpose facilities becoming more attractive to school officials, while another notes the surge in netting systems to protect spectators at baseball and softball fields. Athletic training spaces have reflected the move away from weightlifting and running only toward circuit and Crossfit type training, as well as the recognition that different sports have different training needs.

Finally, the way people attend and participate with football games is being factored into the design of the space around the field as schools try to not only enhance the experience for fans and families but also to maximize revenue from ticket sales, concessions, raffles and merchandise sales.

“We’re seeing an update to the spectator experience,” said Clay Schneckloth, a landscape architect with Snyder & Associates. “You see it in the concessions and restrooms. The sterile block restroom is a thing of the past that people are going away from. The majority of the workers in the concession stand are parents and volunteers, and schools want to provide a little better experience for them to be there too because they’re giving their time to support the school.” 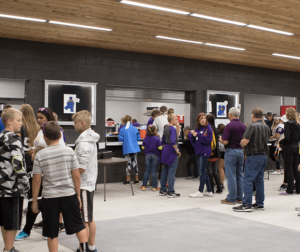 Seawell McKee, the vice president of business development for Alabama-based McKee & Associates, said fans are a priority when his company starts a stadium project for a school. The amenities and comforts of professional and major college gameday experiences have conditioned high school families to expect certain things on Fridays and Saturdays.

“Traffic patterns, people flow, access to amenities, concessions, restrooms, sometimes small souvenir shops,” McKee said. “Most people are wanting their stadiums organized in a way that they flow and it leads to that good fan experience. Easy-in easy-out, all the way from the drive to parking to ticketing to amenities and points of sale. The last 10 years it’s become a lot more on the minds of high school administrators.”

McKee said he and his colleagues refer to stadiums as “giant moving parks.” There has to be parking, walkways, restrooms, seating, open areas for congregation, and good lighting and sightlines. A key difference from parks is revenue generation, and it drives many of the decisions on fan comfort, said McKee.

Souvenir tables have become souvenir stands and booths, separate structures or attached to the concession structure, he said. Concessions themselves have evolved to cooking on site, with all the equipment needed and the space necessary for it. 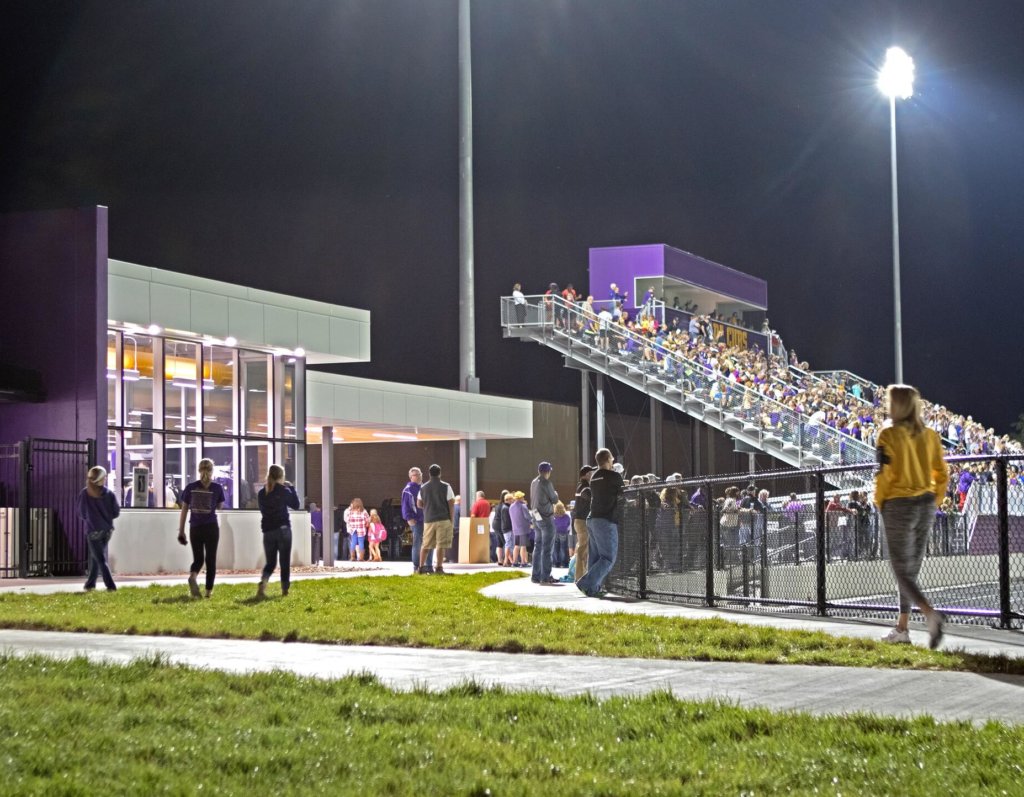 Dedicated paths allow patrons to access amenities such as restroom and concessions in an efficient manner.

Fans need to be able to form lines at the revenue areas without blocking the movement of fans in transit. And fans who want one bottle of water shouldn’t have to stand in a line of folks who want a burger and fries, sad McKee. All this has to be balanced with the fact that many people who enter the gates on gameday don’t really care about the game and need to be accommodated as well, usually away from the bleachers.

“You try to design stadiums around your bleachers, your hardcore patrons, but where does everybody else go that’s not necessarily 100% tuned into every play of the football game?” said McKee. “When you make the high school game fun for all age groups in your community, the parents and kids are going to want to come to the game, which means you’re going to sell more tickets, you’re going to sell more concessions, etc.”

He said administrators should think about their stadiums in terms of hosting community social events instead of athletic events; they don’t need 5,000 seats if 2,500 people want to hang out and chat and drink some hot chocolate or play a mini football game of their own. McKee said areas for these folks to gather should be designed in—plaza-type spaces that don’t interrupt any traffic flows.

This article has been reprinted with permission from Recreation Management Magazine (2020-04, Supplemental Feature, by Joe Bush)