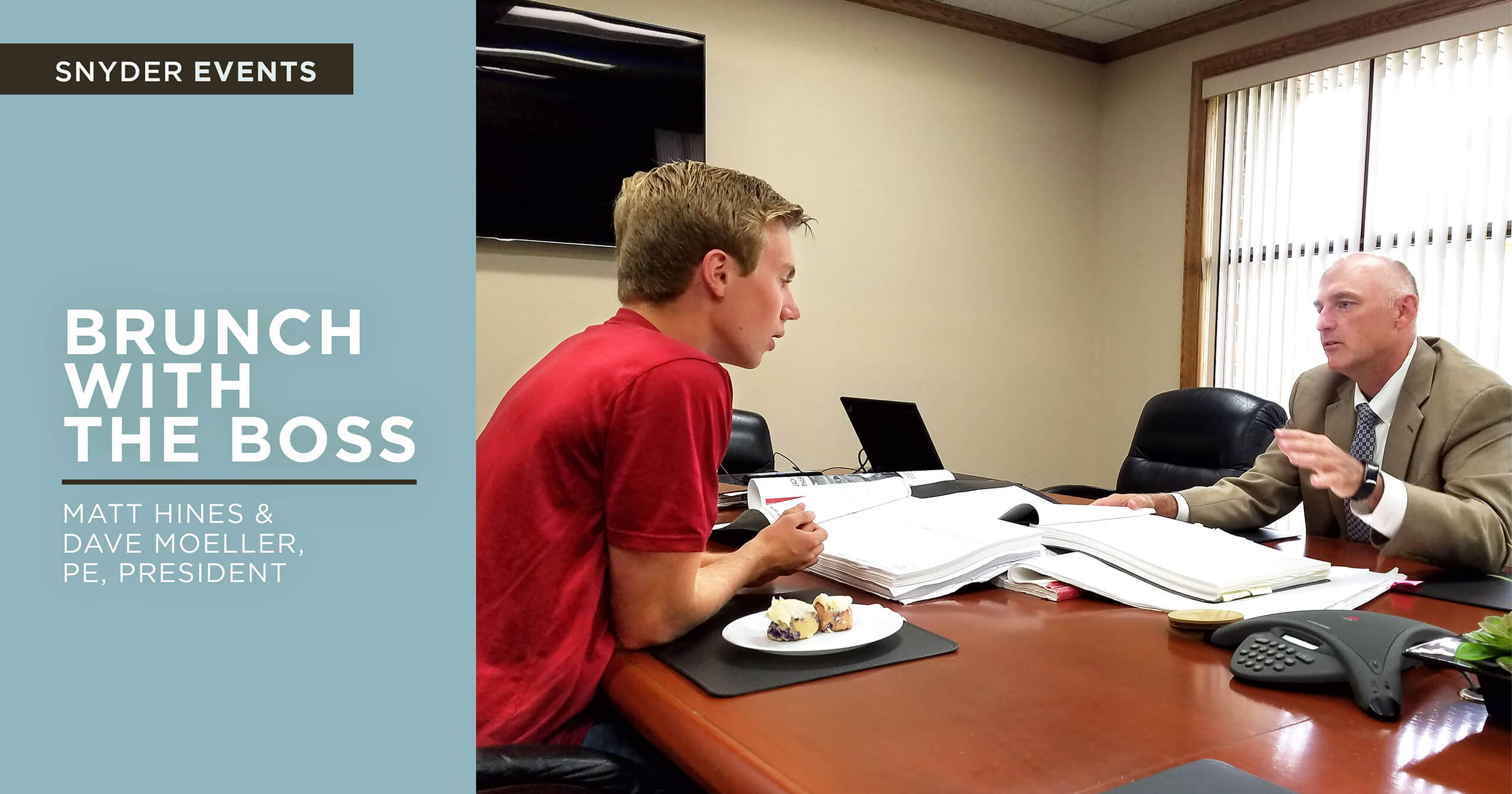 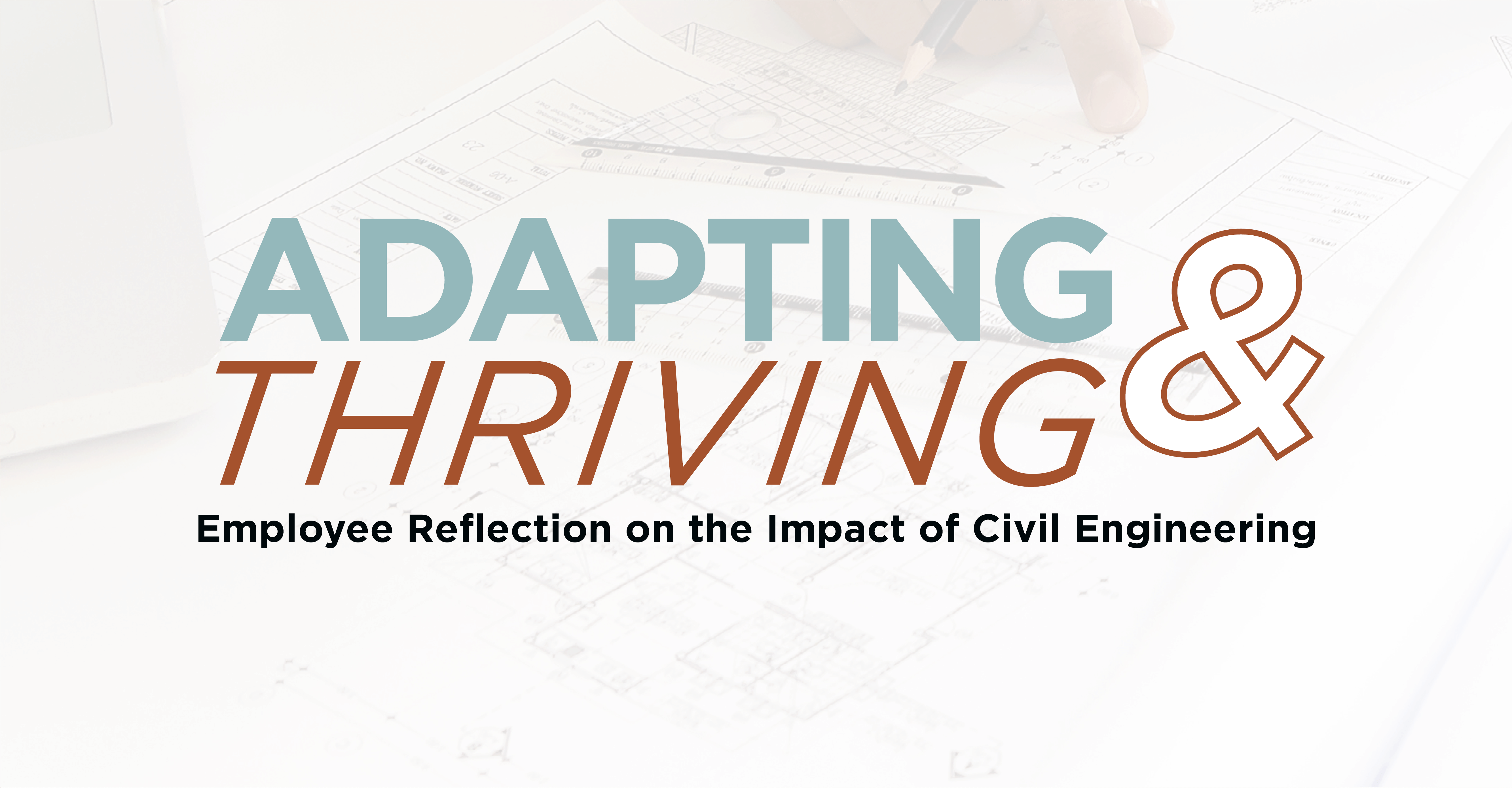 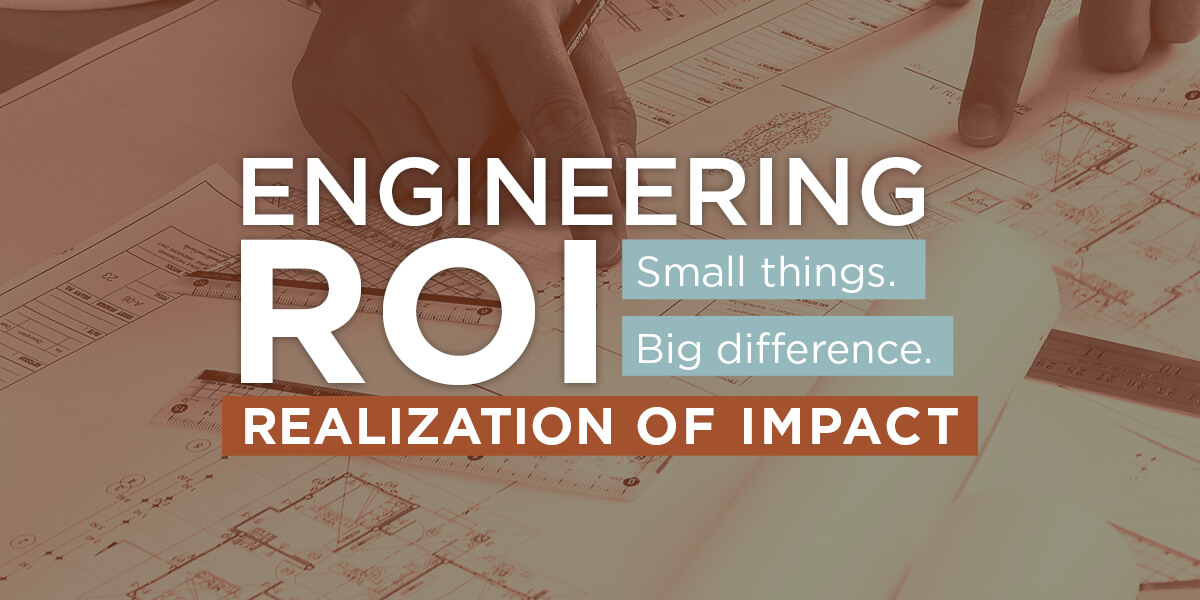 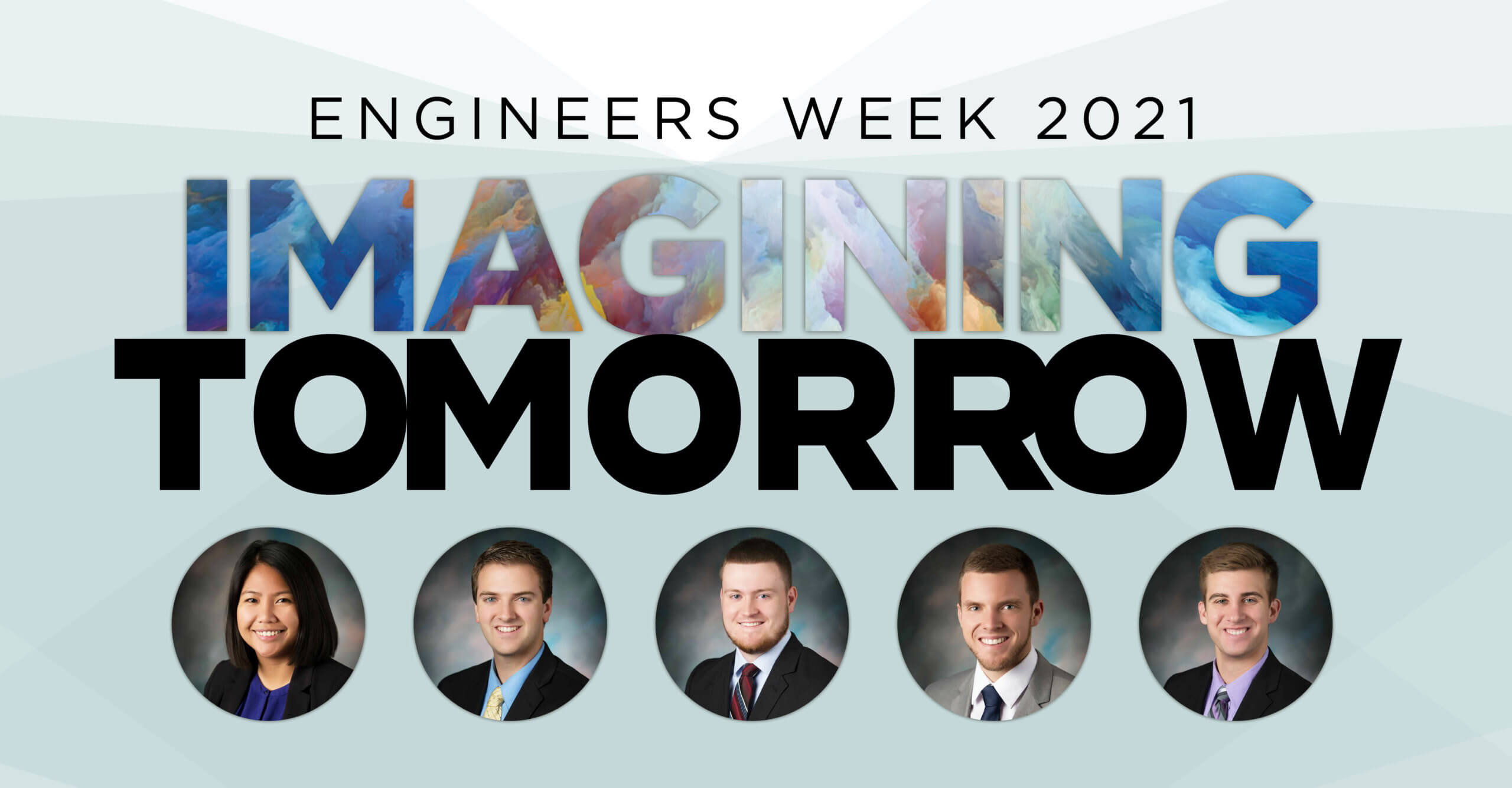 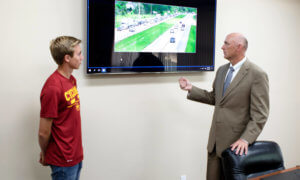 For Matt Hines career advice and bagel bites were a winning combination. At the suggestion of his Ankeny Centennial High School teacher, Chad Brooks, Hines entered his name for the Brunch with the Boss contest. He forgot about it, until he got a call telling him he won. When he entered, he got to choose from a number of businesses in the area. Since he’ll be studying engineering at Iowa State University in the fall, selecting Snyder & Associates was the obvious choice.

This choice led to a conversation with Snyder & Associates President, Dave Moeller, PE. As a graduate of Iowa State University, Moeller was uniquely prepared to discuss the engineering profession and the requirements to continuously grow as an individual to properly address the challenges facing the profession, such as climate change and resource limitations.

Civil engineering insights from our staff

Moeller initially became interested in being an engineering student, because he found enjoyment in problem-solving and desired to watch project improvements become a reality. Snyder’s culture and values were decision-makers for Moeller, as he chose to begin his career. Now in his role as President of Snyder & Associates, Moeller strives to instill enthusiasm and joy for the engineering profession in future generations.

“I enjoy coaching others and helping them succeed in their roles. It’s fulfilling! There’s a lot of joy in our work, because we get to help make people happy and complete projects that improve communities,” shares Moeller. “People trust that when they turn on the tap, it’s clean and safe drinking water. When they travel, they can reach their destination safely. We can’t lose perspective regarding the importance of our work.”

Now when Hines attends a football game this fall at Jack Trice Stadium, he’ll likely think about what it takes to design and build a structure that can withstand over 60,000 Cyclone fans all jumping at the same time. The opportunity to visit a successful engineering firm gives Hines career insight few students have before starting college.

“The meeting with Dave Moeller at Snyder & Associates was extremely impactful. Not only did he share great advice on becoming an engineering student, but he also made me even more excited to become one,” Hines explained. “He really helped me understand what life could throw at me and how I can embrace it. This was an amazing opportunity.”

Derek Van Roekel of Polk City has also won Brunch with the Boss and will soon meet with Terry Handley, President and CEO of Casey’s General Stores. Many would love to have Brunch with the Boss, but the contest is limited to those ages 16-24. You can find out more and enter at AnkenyWorks.com. Participating companies range from global icons John Deere and Monsanto to locally owned technology firms AgVision and Pratum. The company line-up will vary month to month as new winners are announced.