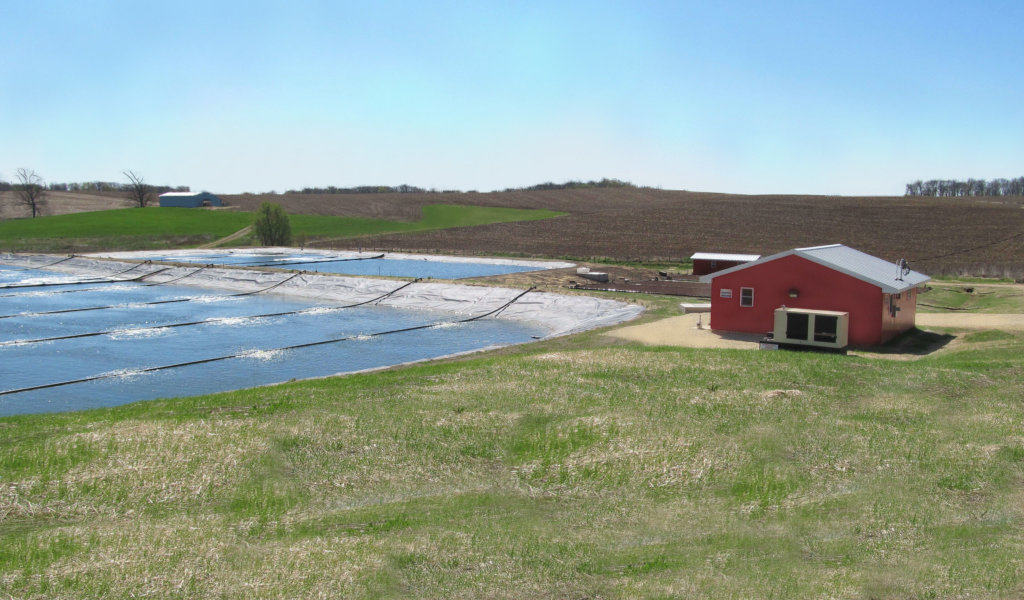 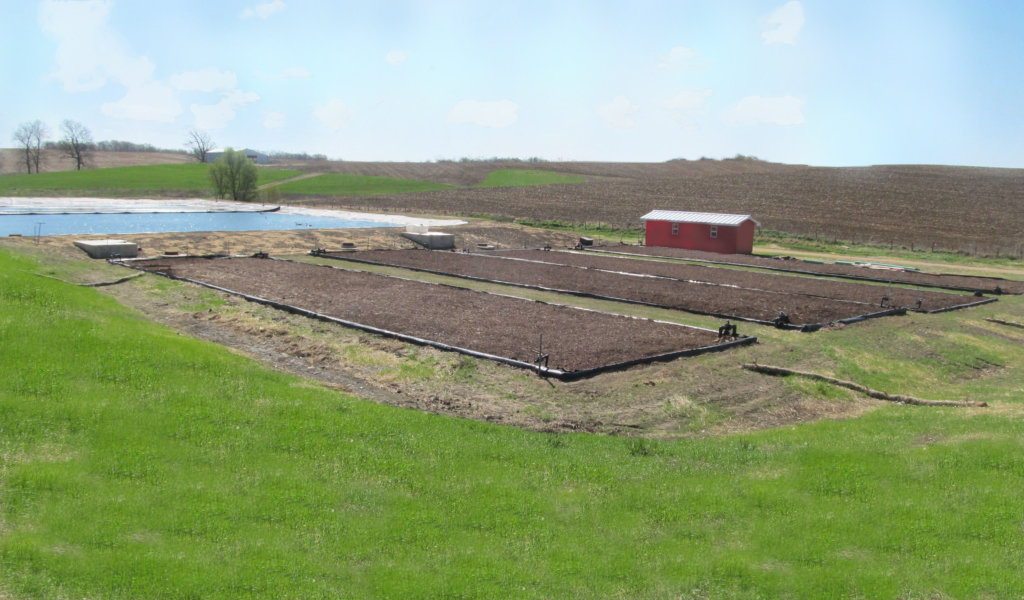 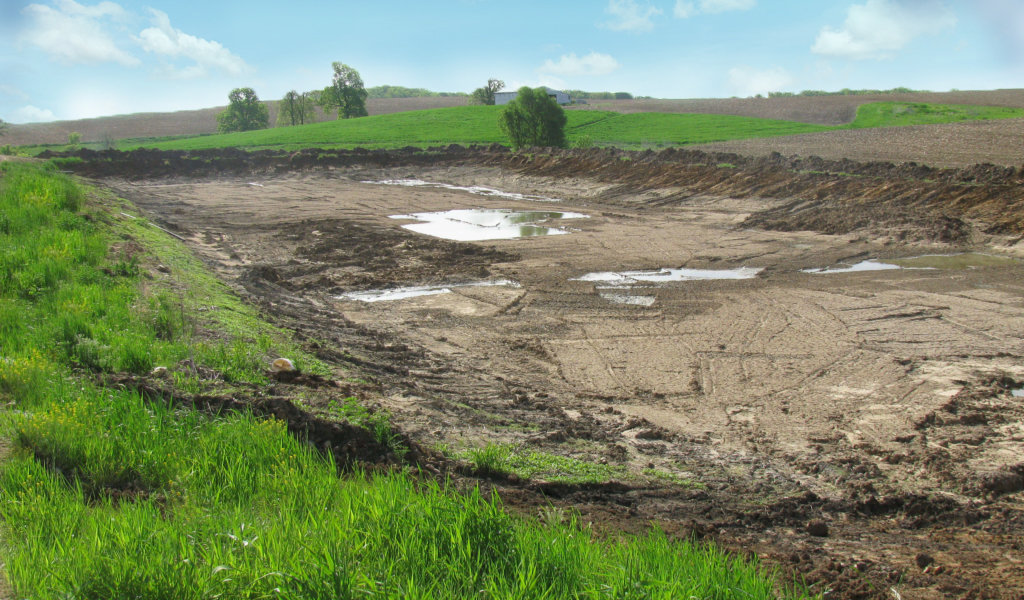 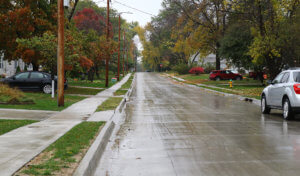 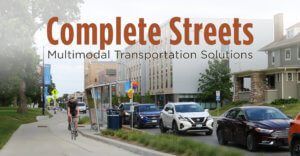 Drive about three hours northeast of Iowa’s capital city, and you may find yourself in the town of Colesburg. Known for its beautiful hill country, this picturesque town is home to just under 400 residents.

For many years, the town’s wastewater treatment plant (WWTP) consisted of two separate plants, one on the northwest side of the city and one on the southeast side, each with multiple unaerated controlled-discharge lagoon cells. Together, these plants provided a total storage volume of about 2.86 million gallons, which held effluent for 180 days. Once the wastewater had sat its recommended time, it discharged into nearby Bloody Run — a tributary of the Des Moines River — before eventually making its way to the Mississippi River.

This system effectively served the needs of the community until an increase in wastewater and an influx in inflow and infiltrations (I/I) caused the system to overfill. This overfill necessitated the frequent and early discharge of the system. Additionally, due to

As a cost-saving measure, it was decided to keep the existing plants as part of the upgrade, which included a Submerged Attached Growth Reactor (SAGR) cold-water nitrification system. This solution meets new ammonia limit standards while also being operationally cost-efficient. To carry out this process, our team combined the two plants into one cohesive system where the majority of the work is done in the southeast plant’s two lagoon cells while the northwest plant exists for additional storage. 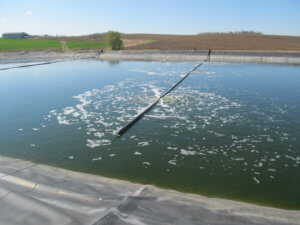 The southeast plant’s first lagoon cell was divided into two cells using an impermeable floating baffle curtain. This prefabricated floating hydraulic barrier creates the maximum amount of space within the existing footprint, while also minimizing the potential for short-circuiting. An aeration system was added to each split cell to create a comfortable environment for bacteria to be active throughout these processes. Aeration promotes beneficial bacterial growth and, in turn, provides internal sludge digestion. This process results in minimal solids accumulation, effective odor control, and extends the life of the lagoon.

The wastewater then flows from the first lagoon cell to the second. This cell has also been divided into two halves, separated by an earthen berm. The first of the two new cells was further divided in half using a floating baffle, with one aerated and one settling cell. The second side of the earthen berm was filled in and converted into a four-chamber horizontal row of boxes that house the SAGR system.

The presence of ammonia in wastewater can be toxic to wildlife, making its extraction necessary before discharging into waterways. The primary purpose of the SAGR system is to provide ammonia removal in cold to moderate climates — an ideal solution for Midwest conditions. The SAGR is a clean gravel bed with evenly distributed wastewater flow across the width of the cell. Wastewater enters the chamber and is filtered through the gravel, where it’s aerated to perform a final cleaning process. Additionally, this system can treat 100 percent of the influent flow should an individual cell be out of service.

Unavoidable delays forced the start-up process of the SAGR system to begin in the fall. Due to colder temperatures, this was a less-than-ideal time of year for establishing nitrifiers. However, coordinated efforts with city staff and the contractor resulted in a start-up with zero permit violations.

When completed, the technology used for the Colesburg WWTP upgrades was relatively new in the United States and was viewed as a practical option for packing a lot of power into constrained property boundaries. Currently, the Colesburg plant is recognized as only the second in the State of Iowa to use this technology, blazing a trail for communities with similar issues.

The upgrades for the wastewater treatment plant in Colesburg were commissioned in August 2013. By utilizing new SAGR technology to aerate large quantities of wastewater in a compact space, our team was able to offer a right-sized solution for the community. After many years of operation, this treatment plant continues to meet all federal, state, and local wastewater requirements despite new and stricter regulations added in the intervening years. These successes’ come with no changes to infrastructure or any additional capital costs.

At Snyder & Associates, our goal is to help all communities of all sizes find solutions to meet their needs. This project showcases how high-impact processes can be cost-efficient, spatially confined, and available to all.