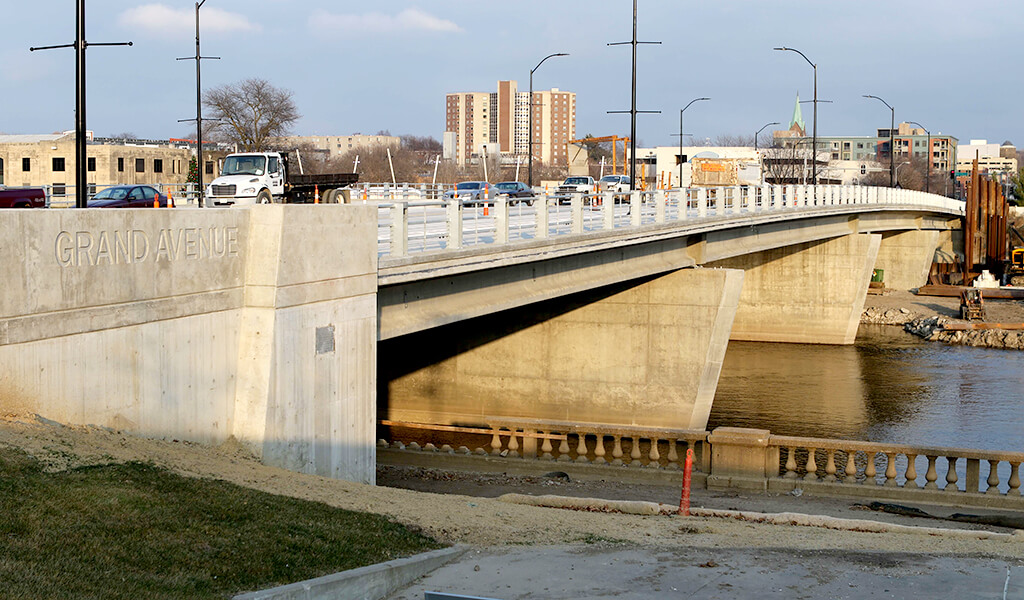 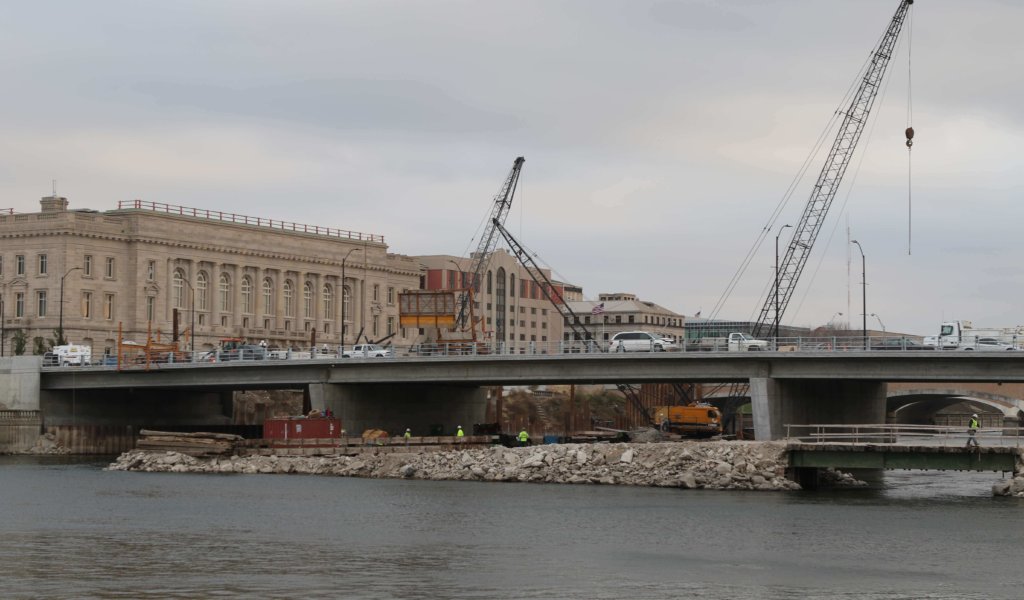 The Grand Avenue Bridge spanning the Des Moines River serves as a major link between the downtown Des Moines business district and East Village. Approximately 7,600 vehicles utilize it each day, making it one of the area’s busiest bridges.

Originally built in 1918 and last rehabilitated in 1968, the bridge was 441-feet long, 66-feet wide with eight-foot-wide sidewalks on each side. It was a reinforced concrete arch bridge, which became structurally deficient and severely deteriorated over time.

It supports three lanes of traffic with a westbound bicycle lane and 14-foot wide sidewalks on both sides. A painted metal panel arch façade and LED accent lighting enhance its appearance.

Unique features and design challenges include:

Shuck-Britson and Snyder & Associates made the project possible by teaming to provide the following services:

In addition, the team also rapidly responded to issues that arose during construction, including pile driving inquiries and utility placement.