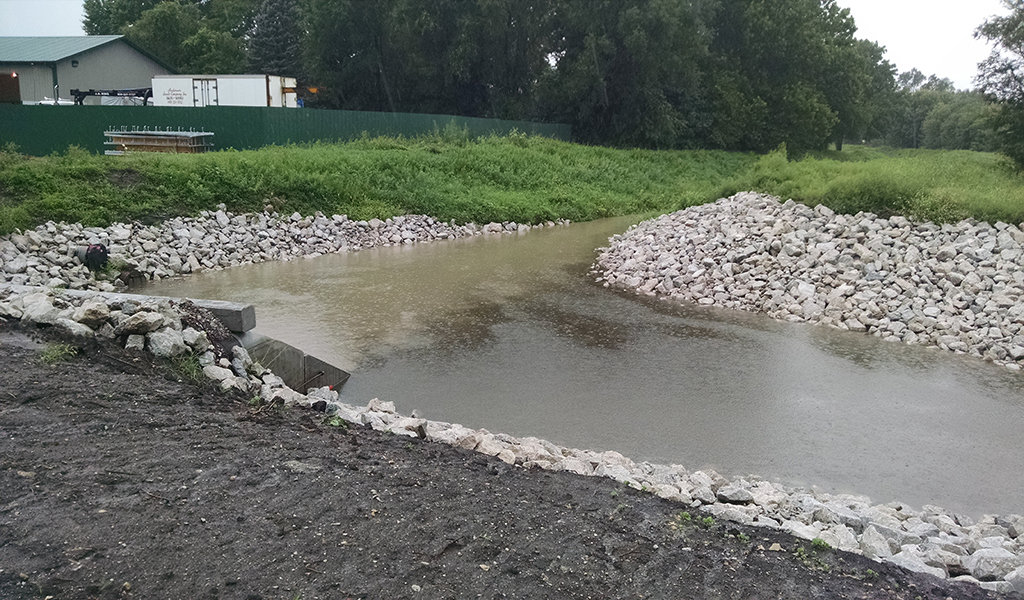 Hamilton Watershed Basin 3
Basin 3 is the largest of the stormwater basins created for this project. 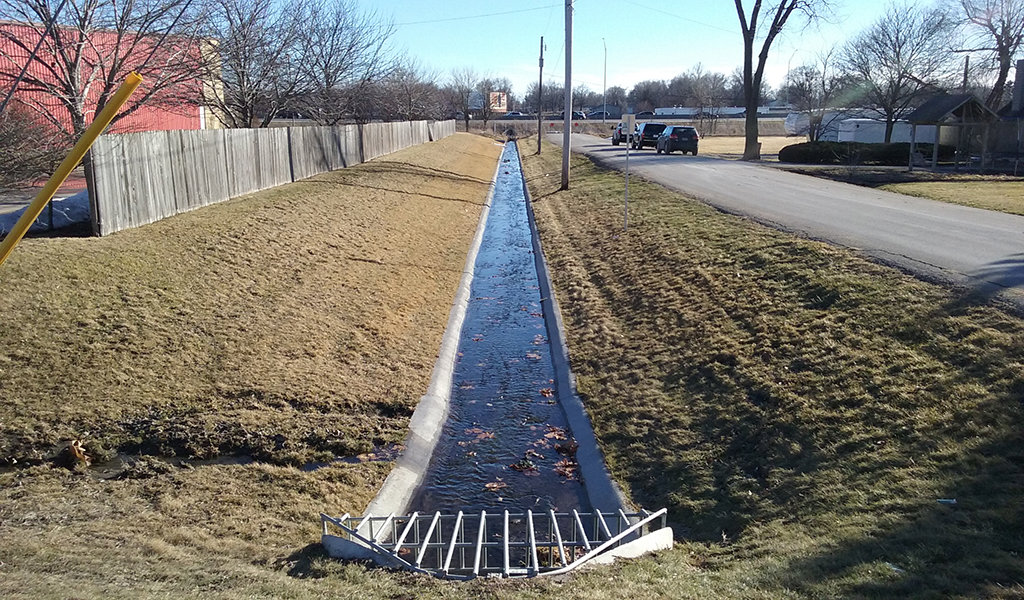 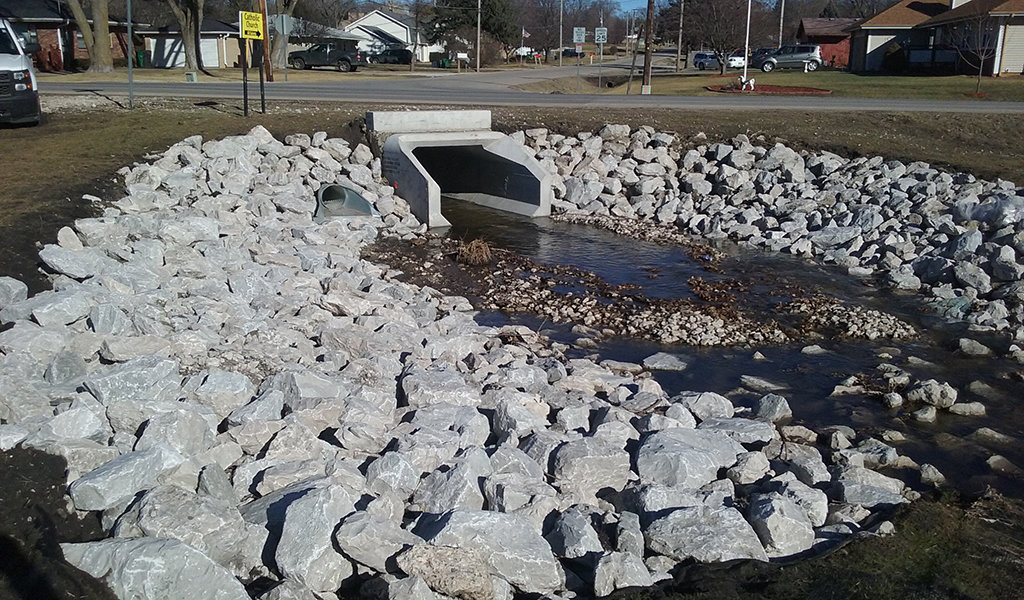 Updated Box Culverts
These structures allow water to flow under obstacles such as roads or driveways. 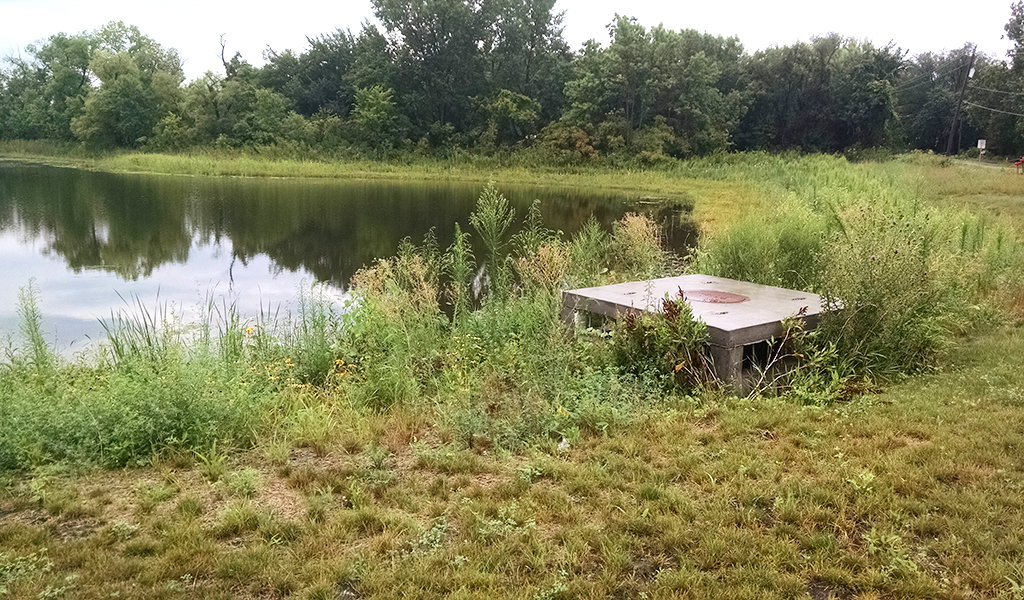 Hamilton Watershed Basin 1
Drainage basins are created to provide an area where stormwater is allowed to flow and pool. 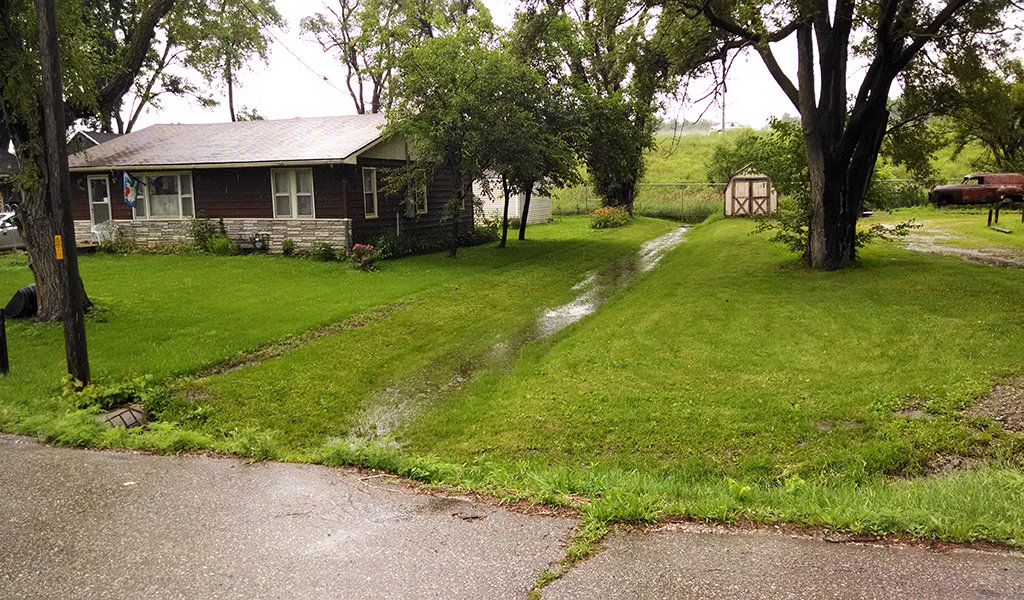 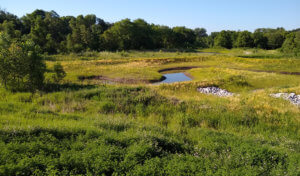 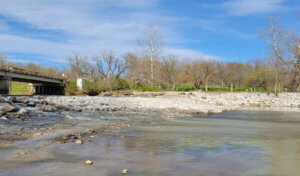 For many decades, increasing commercial development and urbanization in northeast Des Moines and central Polk County led to recurring and frequent flooding within the Hamilton Drain Watershed. By their nature, industrial and commercial land uses involve large areas of impervious structures that prevent stormwater infiltration, such as parking lots and buildings. The combination of increased runoff volume and decreased runoff time results in significantly higher flow rates into the conveyance system that receives the storm runoff.

Another factor leading to the area’s stormwater issues is the flat topography. With few areas to store and detain higher flows, high amounts of stormwater easily overwhelmed the system’s capacity, causing rivers, lakes, and streams to overflow. Residents in the area frequently reported overflows occurring even during relatively minor storm events. These floods often caused damage to residential and commercial properties, as well as roadways and other public infrastructure.

To better understand the problem and determine potential solutions, Polk County commissioned several stormwater studies in the mid-1980s. Recommendations from the findings included the construction of numerous storm sewer and channel improvements, along with the construction of 11 regional stormwater detention basins. Since the completion of these initial studies, six detention basins and many storm sewer conveyance upgrades were constructed. These improvements eased flooding across portions of the watershed, but did not entirely eliminate the problem.

To further mitigate flooding in the area, Snyder & Associates began assisting Polk County on a Federal Emergency Management Agency (FEMA) Hazard Mitigation Grant Program (HMGP) project in 2009. To determine viable damage for mitigation, Polk County provided our team with documented flood damage data dating back to 1998. After analysis, the damages were defined as economic losses associated with road closures during flood events. This designation resulted in six specific areas being targeted for flood mitigation within the Hamilton Drain Watershed based on recurring flood events. These areas included: 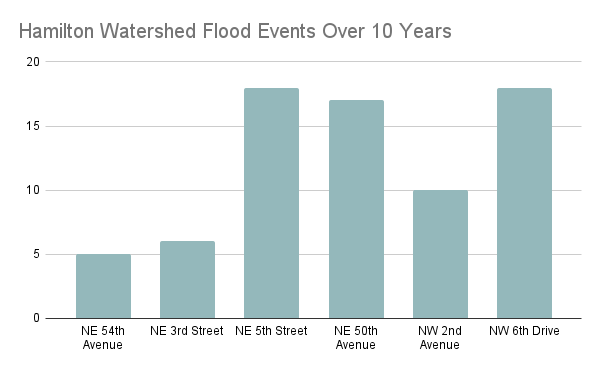 A benefit-cost analysis is a crucial component of the Hazard Mitigation Grant Program (HMGP) and is where many other mitigation projects fall short and fail to qualify for FEMA funding assistance. Through close collaboration with the Iowa Department of Homeland Security and Polk County Public Works, our professionals began the project by performing an extensive benefit-cost analysis of flood damages and proposed improvements.

The estimated project costs included in the HMGP application were based partially on expected costs covered in the reports prepared in the 1980s. Through preliminary hydraulic modeling, we determined several of the improvements recommended in the original report would be ineffective at reducing roadway flooding at selected locations. Taking this into account, we eliminated several of the improvements, thereby reducing the overall project cost.

On behalf of Polk County, we submitted the HMGP funding application to FEMA which ultimately resulted in FEMA and the State of Iowa agreeing to fund 85 percent of this $9.9 million project. Due to the size of the project, FEMA split it into two phases, so preliminary design work could be completed to verify the project’s feasibility. Shortly after, FEMA granted phase one approval of the project, which included preliminary design, an environmental assessment, and cultural resources investigation.

The primary objective of phase one was to update the conceptual designs proposed in previous studies and verify that the recommended hazard mitigation plan would adequately provide the needed relief for recurring flood events across the watershed. To demonstrate the efficacy of the plan, we developed a two-dimensional hydraulic model of the watershed utilizing XPSWMM software. Using the model, we analyzed and sized four regional detention basins and confirmed they would accomplish the flood relief desired within the watershed. This software allowed for an evaluation of overall flood control benefits due to the interconnectivity of the basins.

Another fundamental objective of phase one was to develop a comprehensive fee estimate for all aspects of the project, including design, construction, property acquisition, environmental reviews, permitting, and wetland mitigation. The benefit-cost analysis was calculated with updated values and confirmed that the project provided a substantial benefit for the community.

A detailed technical report that explained the modeling, proposed mitigation efforts, and related details of phase one were submitted to FEMA. After a brief follow-up, phase two was awarded and provided funding for final design, environmental permitting, survey, property acquisition, and construction.

The final design phase began with wetland delineation, a Phase 1 Environmental Site Assessment (ESA), subsurface investigations, and identification of protected species habitat. Once completed, our team acquired approximately 30 parcels of land and 14 temporary and permanent easements for the intended infrastructure improvements. Several public meetings were held with affected property owners while acquisition and easement plats were prepared. Finally, contract documents were finalized and the project was let for public bidding.

Construction efforts were completed just before a number of major storms hit the community and immediately put the improvements to the test. Unsolicited comments from area residents indicated they witnessed significantly less flooding (if any) compared to similar storms in the past.

With regulations continually tightening, cities and suburban areas steadily growing, and climate change increasing the probability of extreme weather events, it has never been more important to control, convey, and treat stormwater effectively. Utilizing our talented staff, we skillfully designed solutions that addressed the Hamilton Watershed’s flood challenges, preparing this area for a more successful tomorrow.