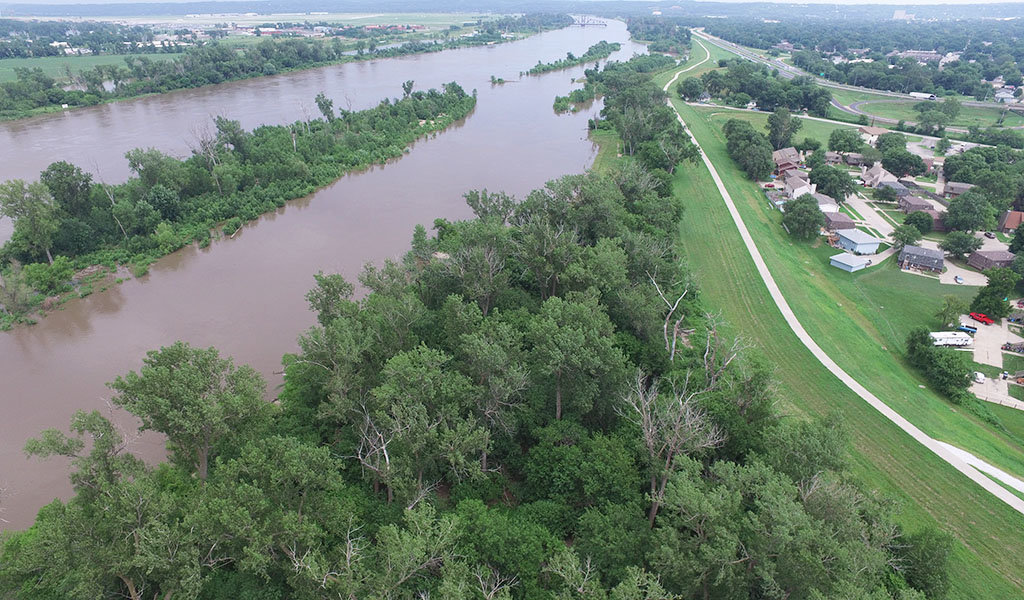 Aerial view of a flooded Missouri River
Aerial view of rising river waters along the MR_2 section from a drone flight in July 2018. 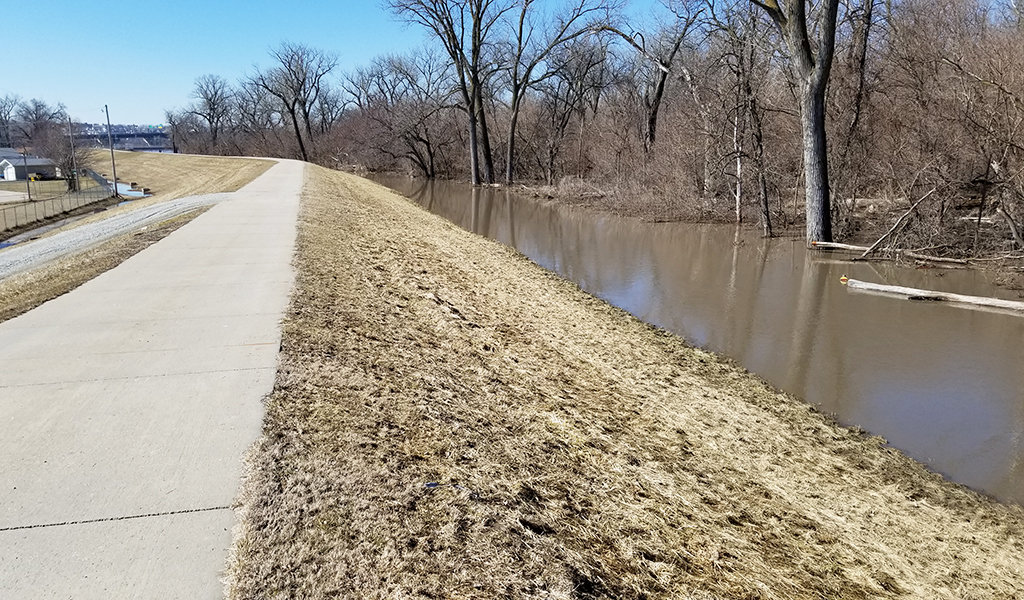 Flooding along a walking path
Rising river levels in March 2019 along the MR_2 section. 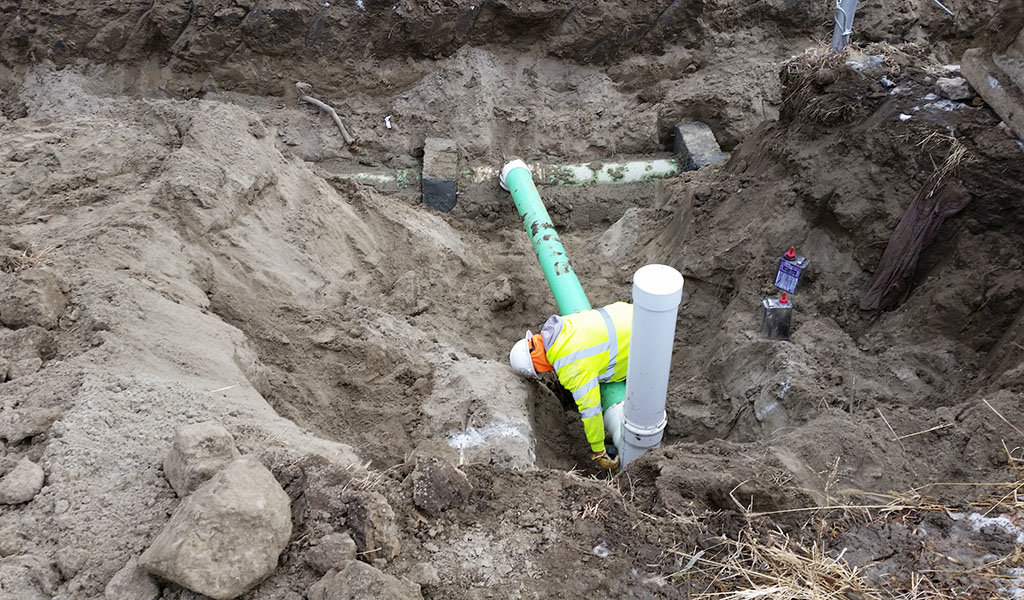 Installation of Collection Pipe
Collection pipe connection to one of 23 existing relief wells. 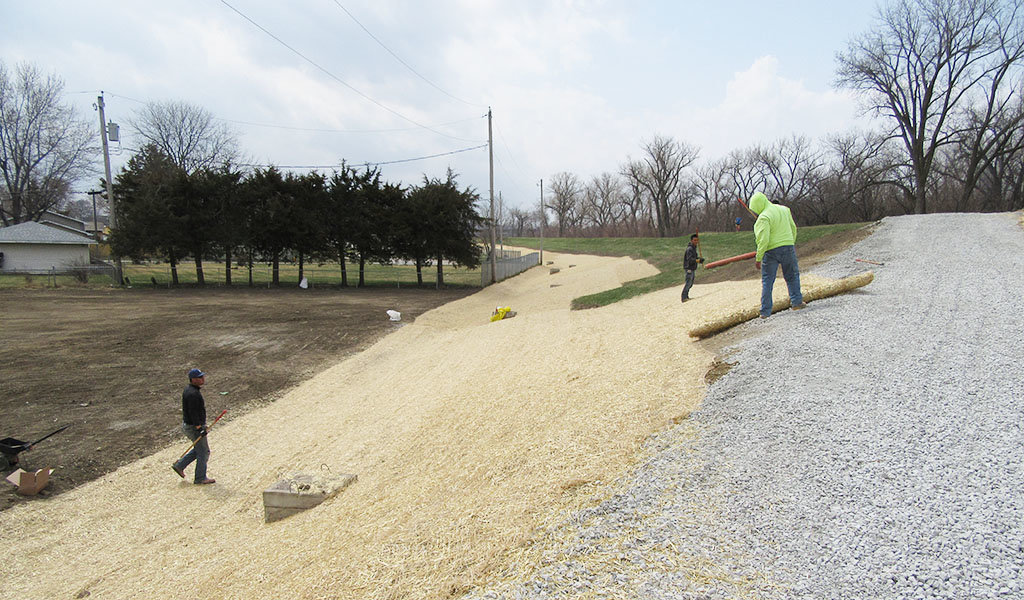 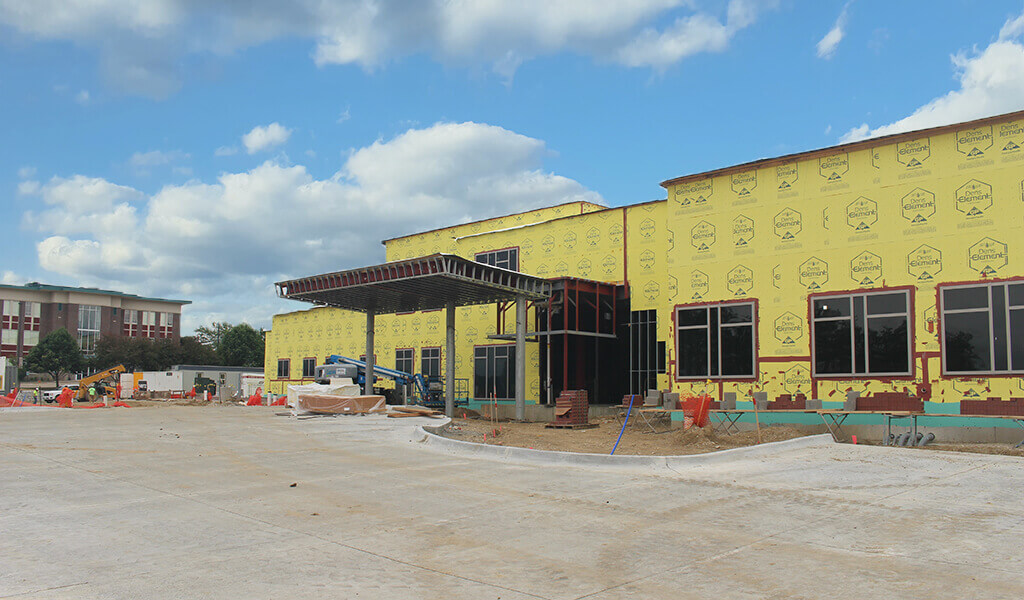 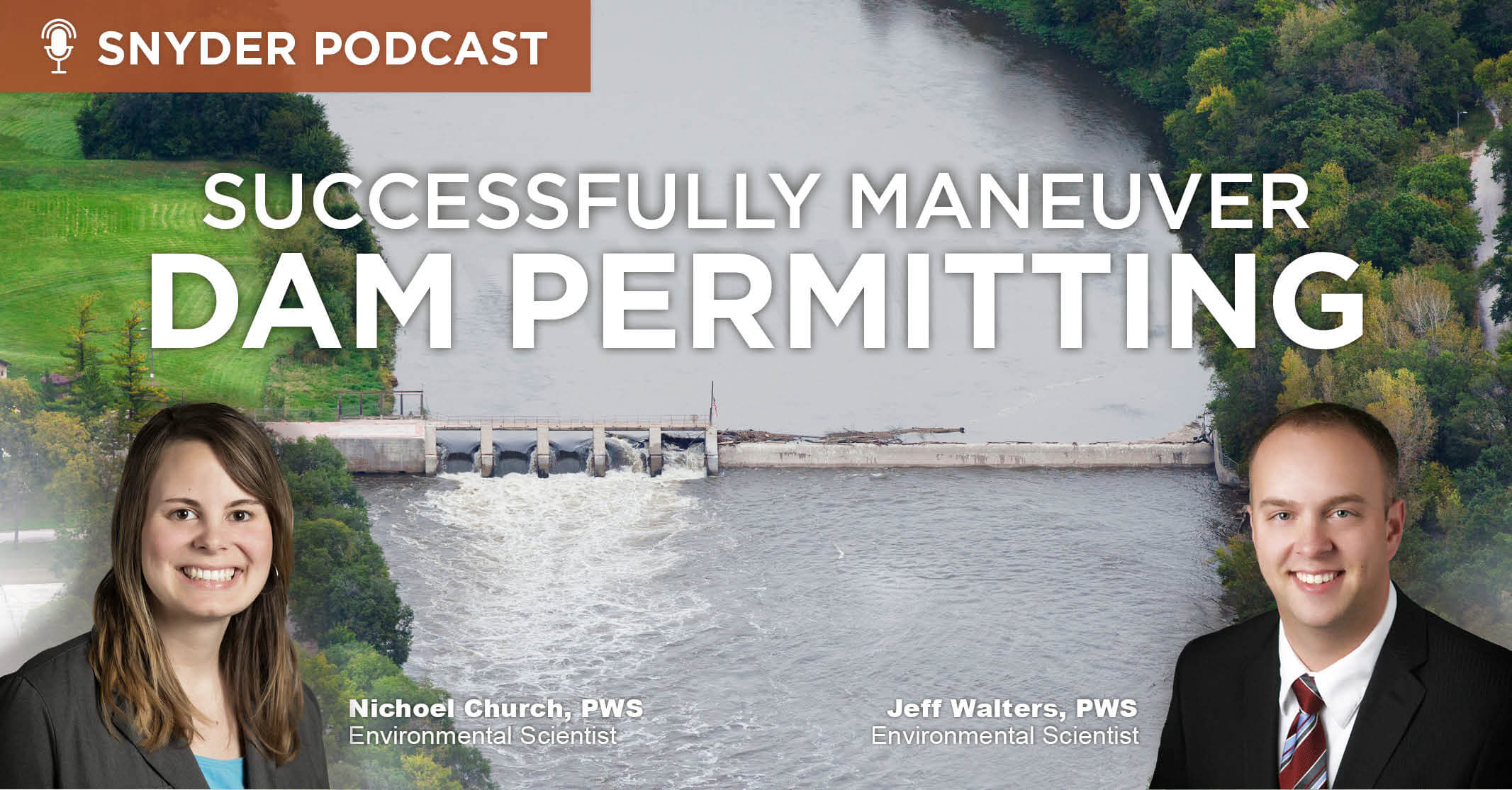 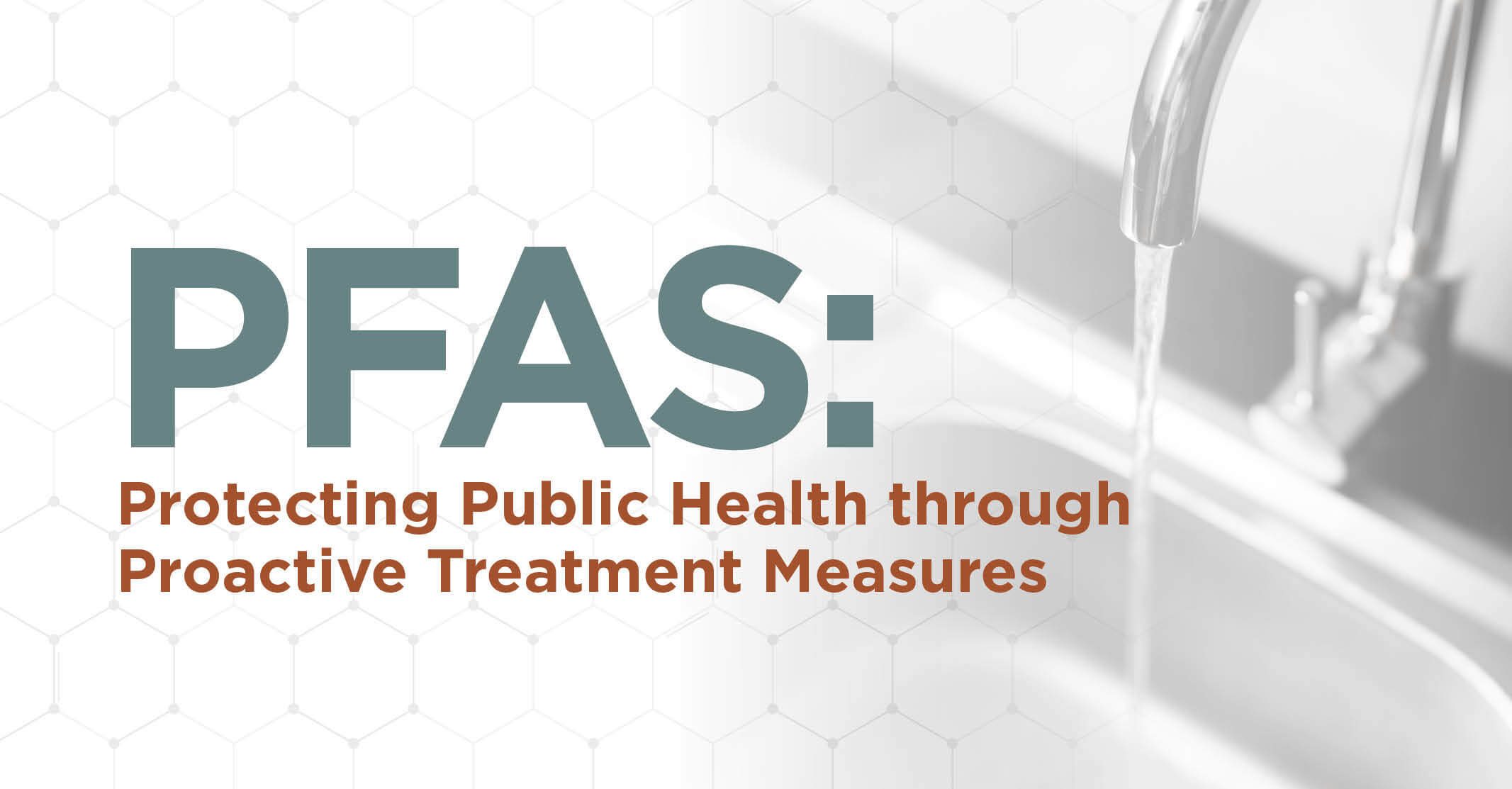 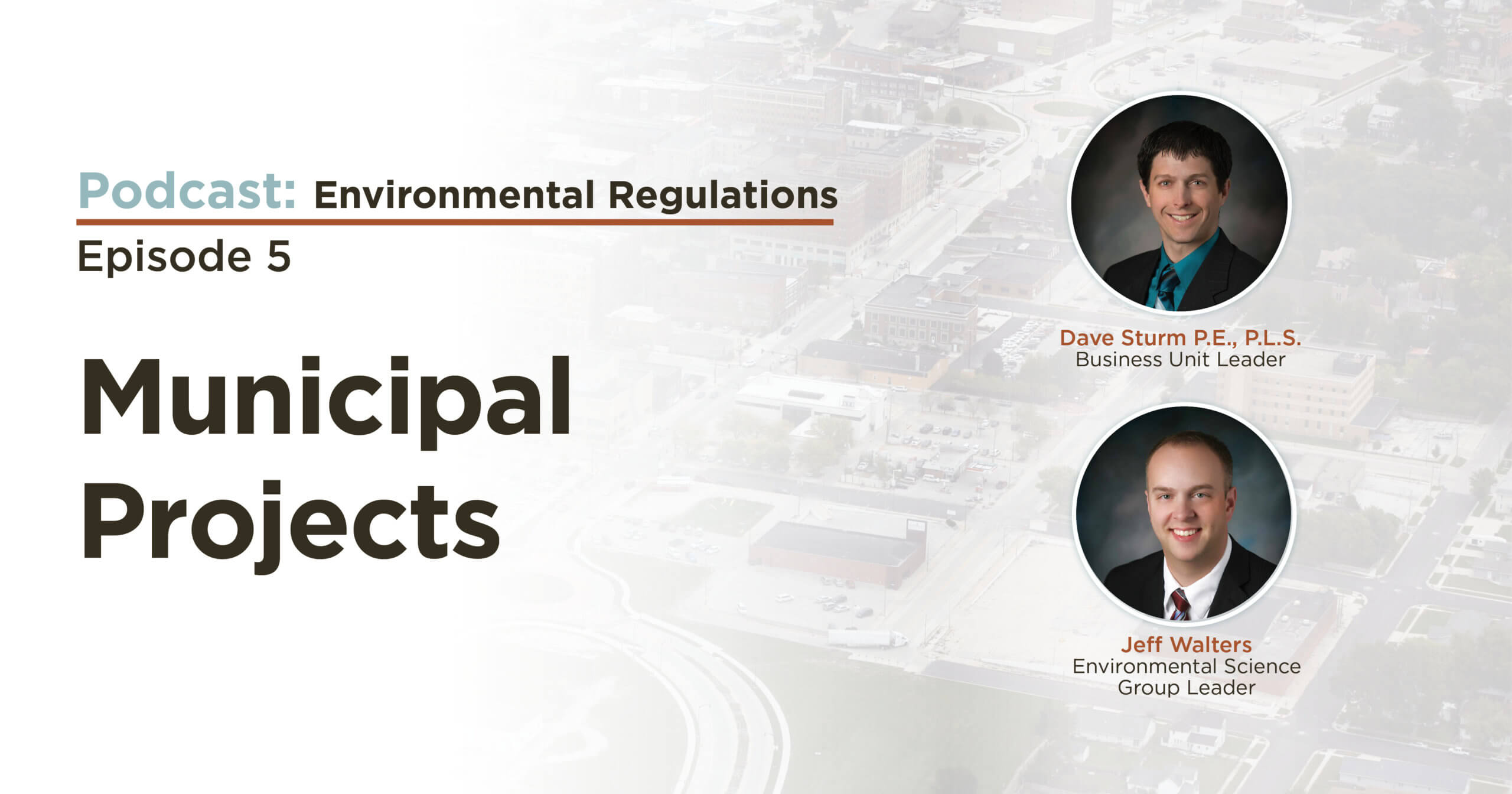 Levees are an important component of community infrastructure in Council Bluffs, Iowa. Located near streams and rivers, these embankments reduce flood risk. The Council Bluff levee system spans over 28 miles, helping to protect more than 35,500 people and 11,700 buildings. Without levees, over 60 percent of Council Bluffs would be at a higher risk of flooding from the Missouri River.

Most of Council Bluffs’ levee system was built 60 years ago, and maintenance is essential to ensure the long-term performance of these manmade structures. Currently, FEMA is planning to assess flood protection in Council Bluffs in 2023. Without adequate maintenance and rehabilitation of the Council Bluffs levee system, significant portions of the city would likely be classified as a flood plain during the FEMA assessment. If that were to happen, property mortgages would require costly flood insurance. Additionally, according to local insurance agents, the cost of homeowner’s insurance could rise from $1,200 – $2,000 annually.

To protect residents from flooding and the potential for higher insurance costs, Council Bluffs initiated 10 projects to recertify its entire levee system before the 2023 FEMA assessment.

Snyder & Associates was selected by the City to provide design, survey, and construction phase services for the Levee Underseepage Control Improvement (Geotechnical MR_2) project, which is one segment of a much larger project. The focus of Geotechnical MR_2 is addressing deficiencies with existing seepage control measures and providing improvements that are needed for FEMA accreditation of embankment and foundation stability.

Modifications necessary for accreditation include the:

We began by collaborating with the geotechnical project team to conduct a peer review of the preliminary design and optimization of seepage control measures, which were previously prepared by another consultant. Our team’s review included the:

Field pump testing of five of the existing relief wells was conducted to provide confirmation of the permeability values used in the seepage calculations. Additional soil borings and laboratory testing was conducted, as well as slope stability and seepage analysis in order to validate findings of the preliminary investigation.

Evaluations of two potential alternatives were also conducted to determine the scope for project design.

Option Two – Retrofitting the existing well system with a discharge pipe system to lower the head at each well.

The relief well system retrofit was determined to be more cost-effective than a pervious toe trench because it utilizes the existing wells and requires less construction to comply with a limited existing right-of-way.

Incorporating findings from the preliminary investigation, we conducted a topographic survey, engineering design, and preparation of plans, along with specifications and special provisions for the relief well pipe collection system. Its alignment is located at the toe of the levee directly below the existing surface water drainage ditch in a corridor about 20 feet wide with approximately 2.5 feet of elevation change over 800 linear feet, requiring a highly-precise grading for the pipe and restored drainageway. Shuck-Britson, a subsidiary of Snyder & Associates, partnered to provide structural design and specifications for the groundwater sump structure.

Significant collaboration was required between Snyder, Shuck, Council Bluffs Public Works and the geotechnical team to produce final project plans in conjunction with a Section 408 Alteration Request submittal to the U.S. Army Corps of Engineers (USACE) for review, including iterations of minor resubmittals, information requests, and design modifications that ultimately led to approval in tandem with bid phase services for construction. A partnership was also necessary with another consultant representing the City for review and submittal of FEMA certification. Project completion was crucial to avoid construction activities during the high water season as well as frozen conditions in fall/winter.

Snyder provided construction phase services in administration, observation, staking, testing coordination, as well as land survey for the contractor per the requirements of the Emergency Action Plan. Challenges encountered during construction included modifications to the well abandonment procedures due to destabilized well screens and the potential to create voids, and failed testing and development of some of the existing relief wells. Underperformance in pumping rates and excessive sand production from the aquifer resulted in the replacement of four relief wells. Snyder interfaced with the USACE to obtain approval of two addenda to the 408 Request. Other unforeseen circumstances addressed during construction included concrete columns in the borehole of the existing relief wells, layers of trash/debris in the collection pipe trench excavation, and excessive sand and obstructions in the relief wells.

After construction, we compiled a comprehensive levee construction report detailing all activities conducted, project timelines/milestones, summary and analysis of quality assurance and quality control testing, work change directives during construction, and daily observation reports through substantial completion. The report was submitted to the USACE for final acceptance as well as to the partnering consultant for inclusion in the overall FEMA submittal for certification documentation that also included an operations and maintenance addendum for the newly constructed facilities.

In March 2019, the collection pipe system was observed functioning for the first time during the high water event with the sump structure filling with groundwater as intended, which City Operations subsequently pumped back over the levee. Collective performance of the overall Council Bluffs levee system has been recognized as being in better condition, than during the flooding of 2011 and no further deficiencies have been found on the Geotechnical MR_2 segment.