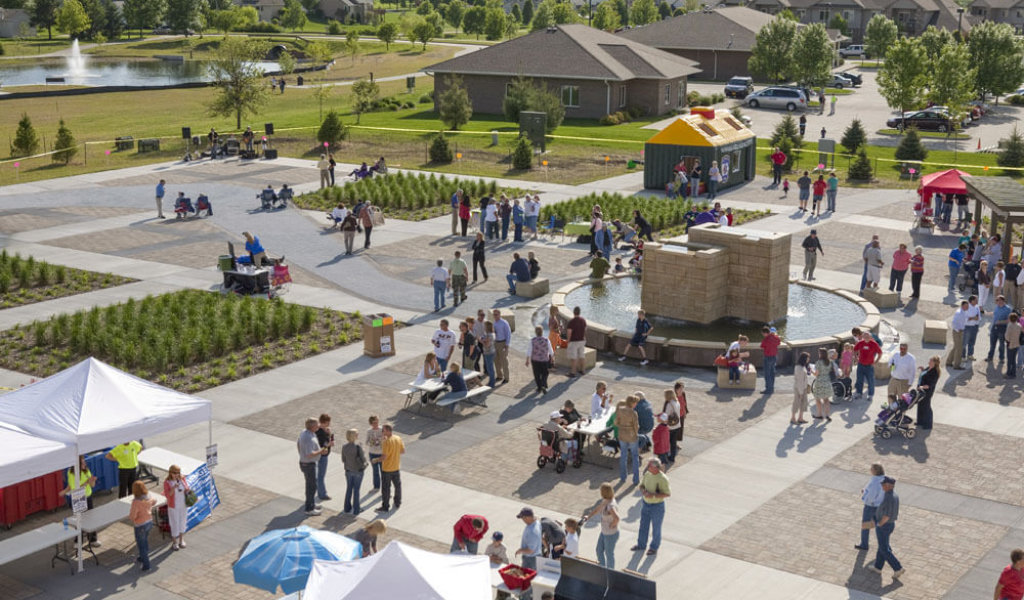 Prairie Heritage Plaza
The central plaza is spacious enough to accommodate gatherings of almost any size. 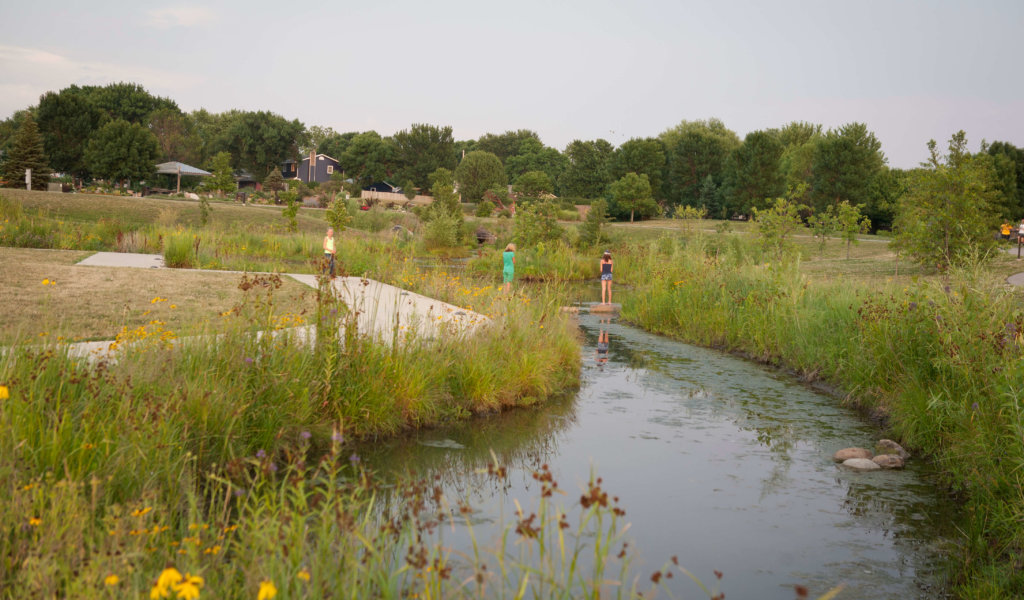 Civic Plaza Stream
The meandering stream has easy accessibility via the trail network. 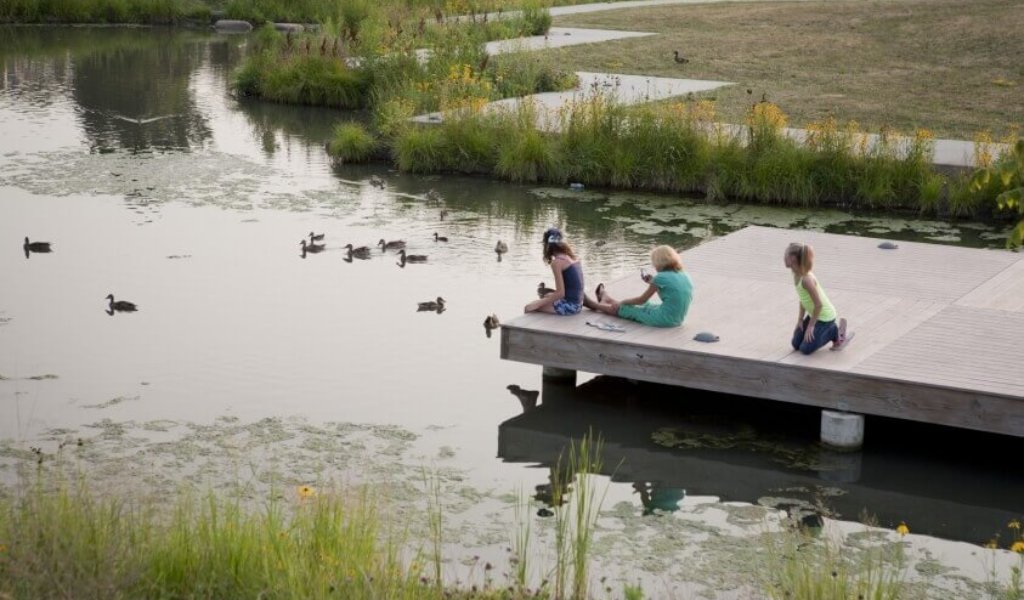 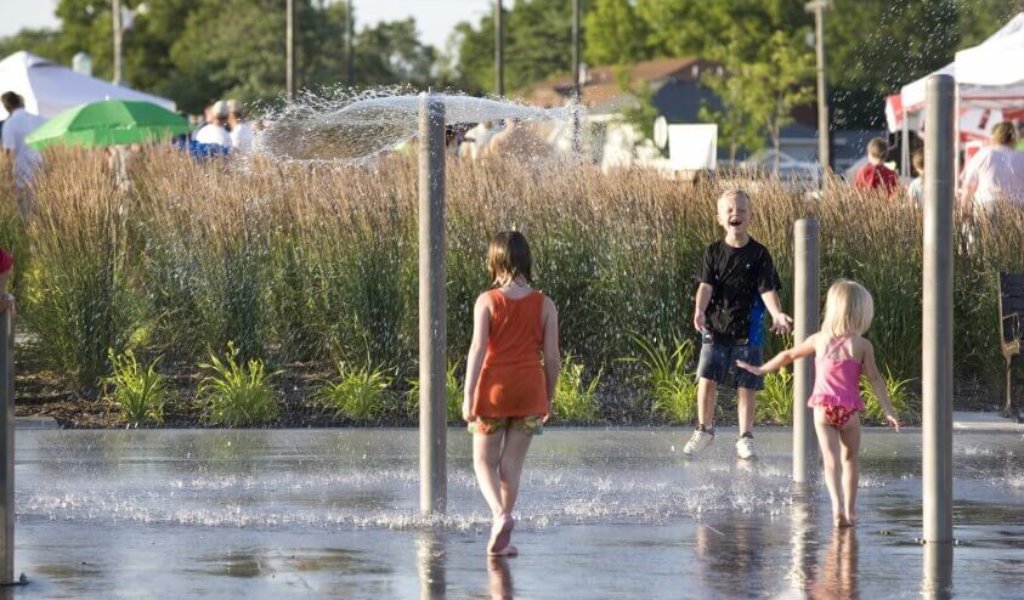 Splash Pad
The splash pad features provides another level of entertainment for kids of all ages. 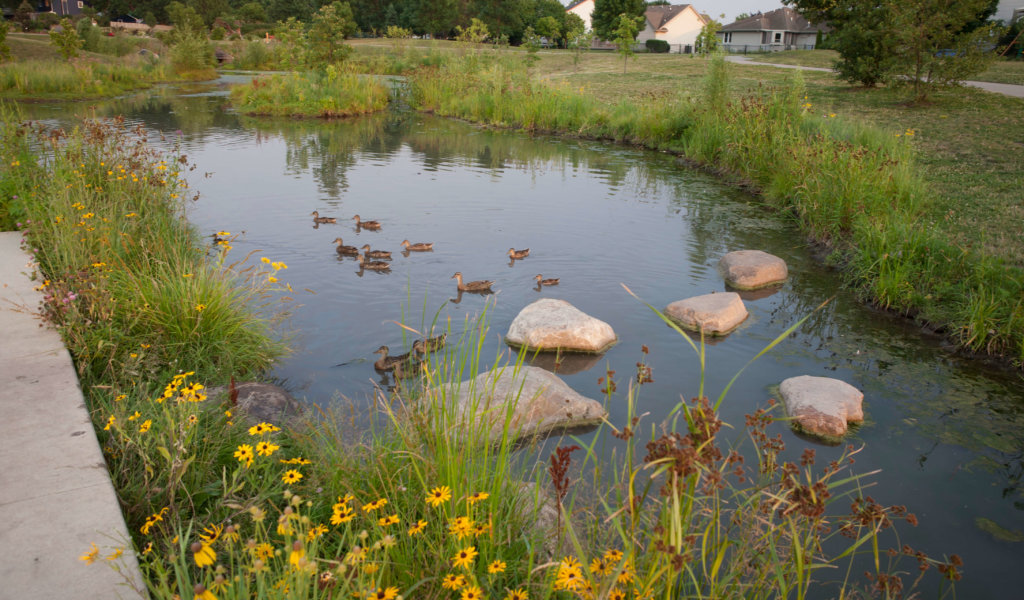 Civic Plaza Pond
This thriving ecosystem provides a quiet reflection spot for members of the community. 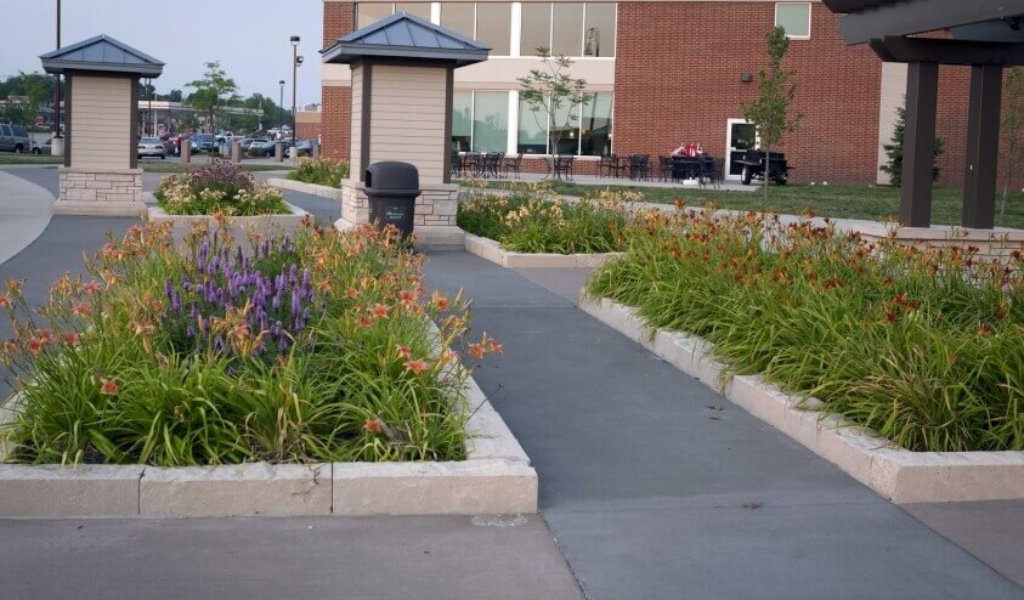 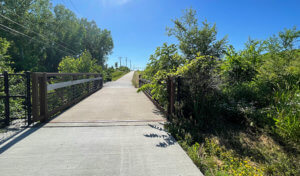 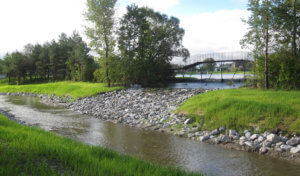 Creating a Civic Plaza for the Community of Altoona

As a town on a steady growth path, Altoona has been taking proactive measures in recent years to ensure its infrastructure is able to match the influx of new residents. The 8th Street Corridor Master Plan project spearheaded by the planners from Snyder & Associates is the prime example of this preparatory mindset. It was during these initial planning efforts for this project that our team planted the seed with city leaders to develop an area adjacent to the corridor into a community plaza. Due to its centralized location near Prairie Heritage Park, connection to residential areas and businesses, and pedestrian links, our team envisioned an opportunity to create a space that could accommodate large-scale community events such as farmers markets, art fairs, and local music performances. 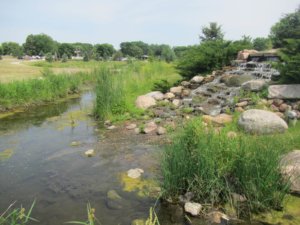 The thriving wetland area creates a pleasant oasis in the heart of the community.

When work was completed on the corridor plan, Snyder & Associates was commissioned to study the plaza idea in-depth to determine the feasibility of a civic park. From these initial concepts, our team developed the Civic Plaza Master Plan that incorporates a performance stage, pavilion, fountain, concession stand, splash pad, and elevated sculpture garden. Taking advantage of the existing wetland area in Prairie Heritage Park, our team also incorporated a natural waterfall feature and trail network around the wetland that links with local and regional trail systems.

The planning and construction for this multi-phased project took place over several years. Over those many years, four of the approximately eleven acres that comprise the project site were impacted due to the extensive construction and renovation efforts. These impacts include the installation of sanitary sewer and stormwater infrastructure, electrical lines, and an irrigation system. Additionally, the asphalt paved recreational trail, war memorial, and concrete-paved gazebo area, as well as grading for nearby 1st Avenue South and several new culvert extensions further disturbed the site. 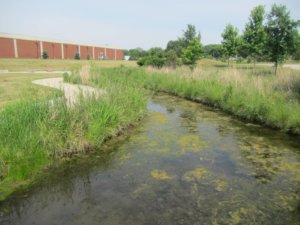 A robust trail network provides easy access to the park and the community.

To compensate for the loss of nearly ½-acre of wetland area and approximately 1,000-linear feet of stream as a result of the project, our team also developed a wetland restoration plan and mitigation concept. The plan involved constructing 0.85 acres of palustrine wetlands onsite, relocating a portion of the stream, and constructing 125-linear feet of new stream.

The purpose of the mitigation plan was to assure no net loss of wetlands from the construction of the plaza. More importantly, it established a pathway to replace the wetland area impacted by the project with new wetlands that meet or exceed the original function and value of the site. The overarching goal of the mitigation plan was to not only retain the function and value, but also provide adequate flood and pollution control and help restore the area’s wildlife through increased biodiversity. 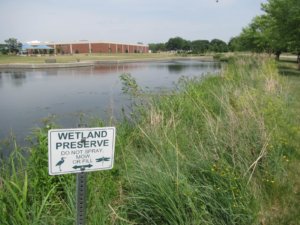 This newly developed ecosystem promotes a healthy and active lifestyle.

Post-construction, our team began mitigation monitoring efforts of the site and continued for over five years. Throughout the course of this monitoring process, the site attracted minimal invasive species and developed a variety of native forbs and grasses, demonstrating that the native environment blended well with the surrounding urban setting.

Today, the new Prairie Heritage Civic Plaza has fully lived up to its billing for the community. The plaza has become a favorite gathering spot for activities and events of all sizes, including the popular “Music on the Plaza” concert series and annual Relay for Life events. The designers, planners, and scientists from Snyder & Associates played a critical role in bringing this community treasure together.