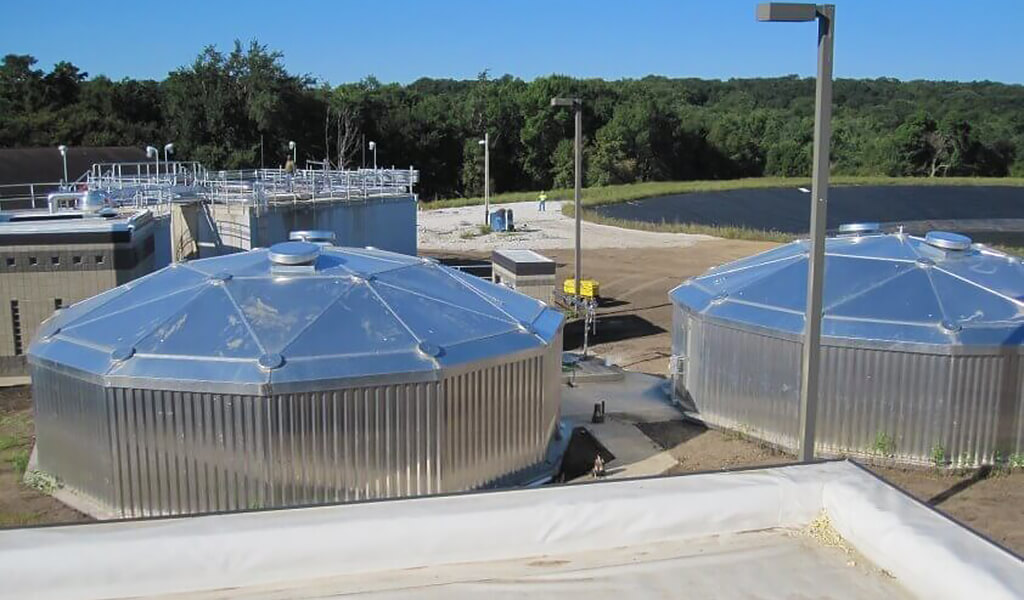 Aluminum Covers on Final Clarifiers
The aluminum covers were installed to mitigate freezing issues the plant had experienced since original installation. 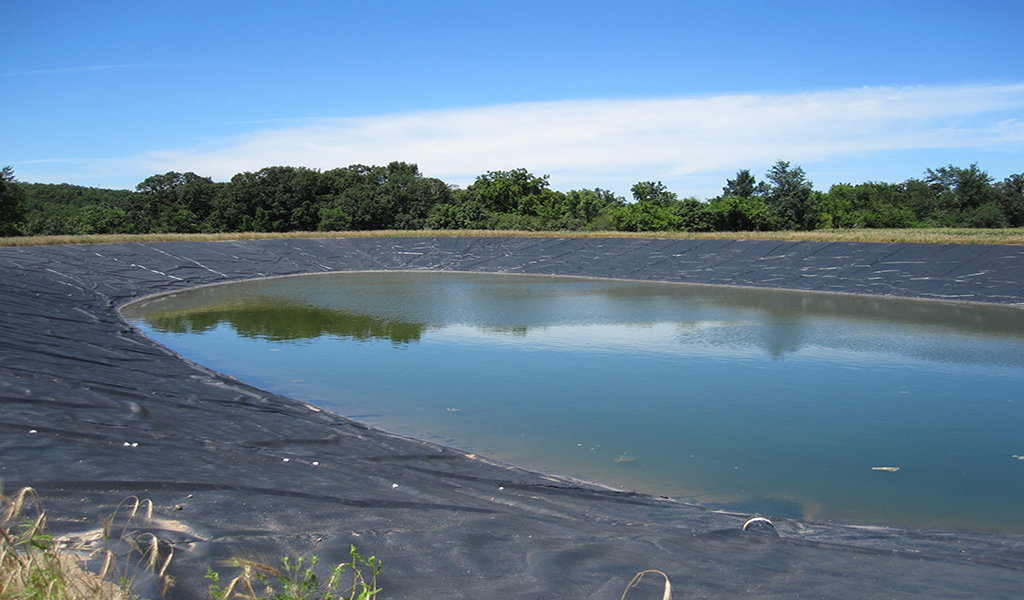 Flow Equalization Basin
A flow equalization basin was added to assist with heavy flows and I/I . 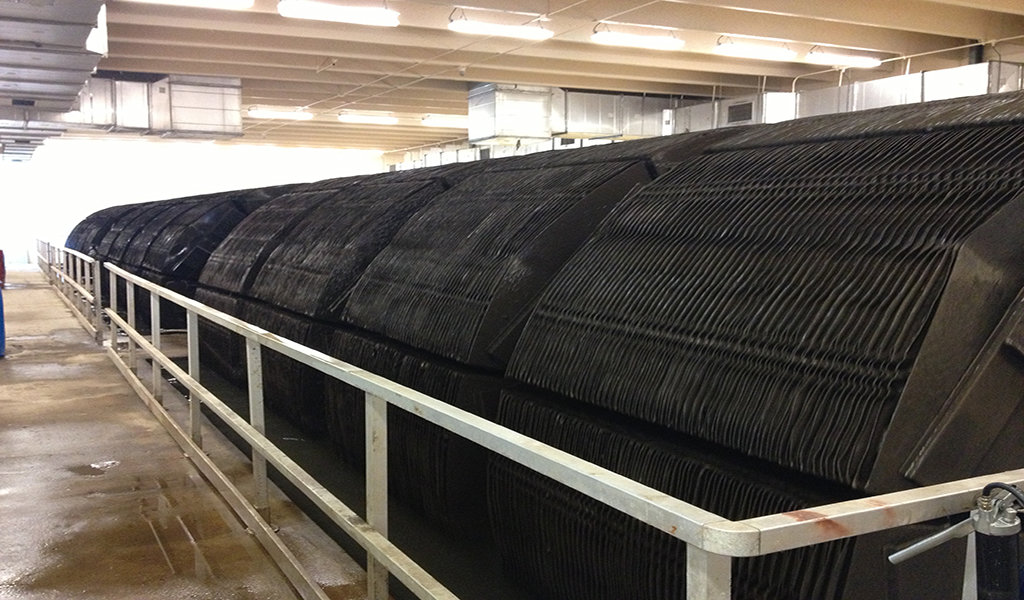 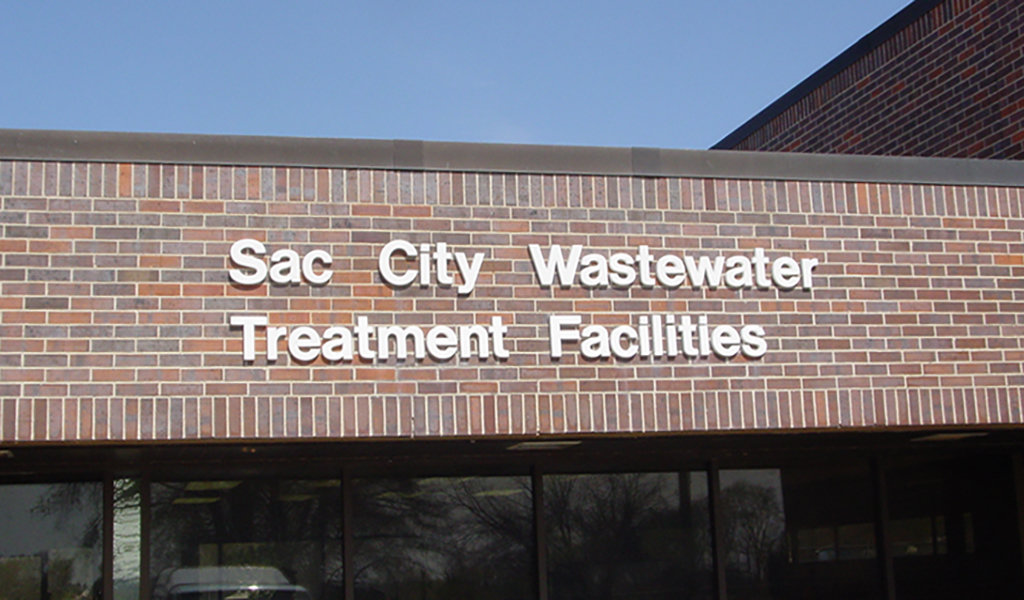 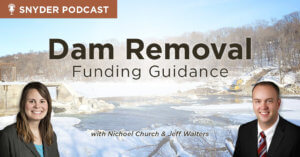 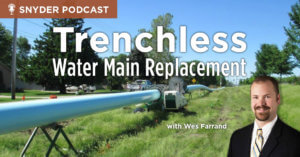 Initially constructed in the late 1970s, Sac City’s Wastewater Treatment Plant and some of its critical components had reached the end of their useful life. Working closely with city leaders and the Iowa Department of Natural Resources (DNR), a team from Snyder & Associates determined that the plant could be upgraded using a significant amount of the existing facility, while also incorporating the rotating biological contactors (RBC) technology city staff was familiar with. When fully implemented, these renovations would save the municipality both time and money.

Since the wastewater facility was functional but outdated, our experts needed to decide what original aspects could be saved and what needed to be replaced. Using a comprehensive facility plan, we determined that the two final clarifiers and the chlorine disinfection tank could remain in service with proper renovations.

Additionally, reconfiguring the facility’s current building — which housed labs, offices, headworks, treatment area, and a chlorine disinfection room — to fit the recommended updates, significantly reduced the project’s overall cost and timeline. With these funds added back into the budget, the city was able to afford the significant upgrades necessary to update its system for better quality and efficiency.

Although our team tried to preserve as much of the original physical plant as possible, multiple features were beyond restoration and required a complete replacement or significant upgrades. After renovating the expansive building, our team brought in upgraded equipment and components to replace the outdated systems. This included two new rotary fine screens and a vortex grit removal system that serves as the facility’s headworks. Additional improvements were made to the chlorination/dechlorination disinfection system, with storage upgraded to meet modern standards.

In the same building, each of the six existing rotating RBC units was replaced due to age. This update maximized the facility’s total biological and hydraulic capacity and increased treatment quality.

With a history of high flows and irregular inflow and infiltration (I/I), it was imperative that our designs accommodate these concerns. As a mitigation effort, a synthetically lined five-million-gallon flow equalization basin was constructed toward the west end of the treatment complex. With this basin in place, the facility can operate within its hydraulic capacity and treat excess wastewater once flows have decreased.

For years the original facility had been plagued by inadequate biosolids treatment and storage capacity issues that were creating operational difficulties. Our team remedied this problem by installing pumps to move the biosolids from the final clarifiers to combined aerobic digesters and storage units. The addition of the pumps resulted in a significant improvement by providing finite system control. Also, existing biosolids components were significantly upgraded, including the construction of a new blower building and a new biosolids storage and treatment system. 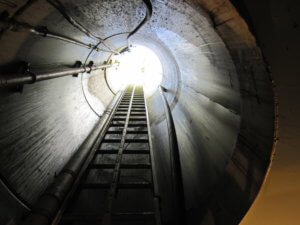 View from the bottom of Sac City’s main pump station.

After our thorough facility study highlighted structural and corrosion issues, along with worn-out equipment in the main pump station leading to the updated treatment facility, the city determined that maintaining the existing pump station was critical and should be added to the project plans. As part of the larger treatment plant, this station pumps 100 percent of the wastewater flow from the city to the plant. Since the pump station was constructed simultaneously with the original treatment facility in the 70s, it was designed without any type of emergency bypass options — a feature that is no longer viable under current regulations.

The original pump station also consisted of a steel cylinder construction that was over 35-feet-deep with two, open-motor centrifugal pumps and a ladder for access. This design created confined space concerns, had no operational gas detection equipment and was outfitted with antiquated ventilation equipment.

Requiring complete reconstruction, our project team implemented structural improvements to address the shortcomings of the current configuration. This included a bypass plan for use during the pump station rebuild process that ultimately became a permanent feature for emergency situations. The station was also protected with new coatings and had new dry-pit submersible pumping units installed. Other improvements included a new ventilation system, an active gas detection system, an emergency generator, and a new electrical system.

As the nation’s wastewater infrastructure ages, the gap between necessary spending and available funding for repairs is rapidly growing. The staff at Snyder & Associates understands the importance of preparing work plans that strategically position your project to acquire the funding and financing needed for water infrastructure improvements.

For Sac City’s Wastewater Treatment Plant project, numerous funding sources, including Community Development Block Grant (CDBG), State Revolving Fund (SRF), American Recovery and Reinvestment Act (ARRA), and user rates, were tapped to finance the improvements. By incorporating facility aspects that were already in use, we were able to dramatically decrease the projected costs, open the door for more widespread improvements, and provide Sac City residents with a much more efficient wastewater treatment system that gives them the maximum return on their investment.