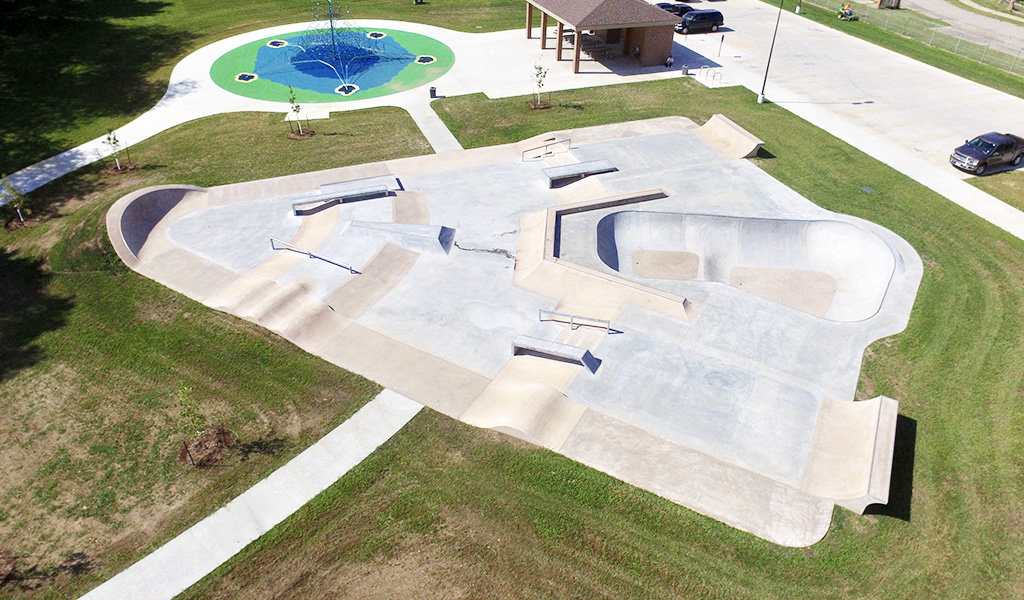 Skatepark & Climbing Structure
The finished skatepark on the south side of the park is an attractive regional draw for recreational skateboarders. 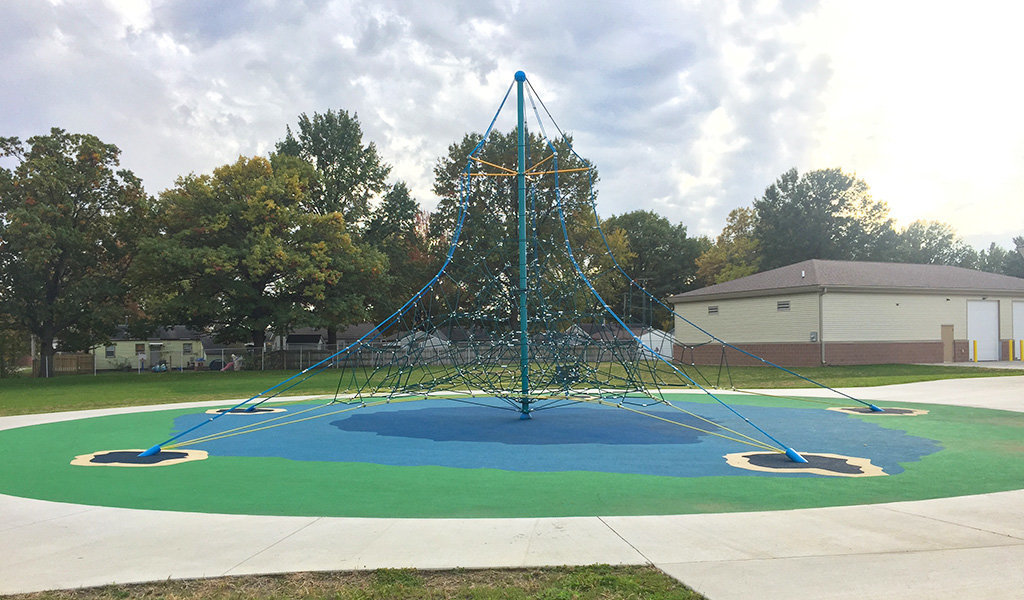 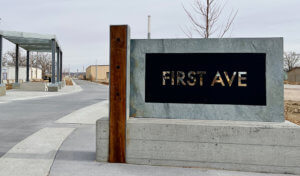 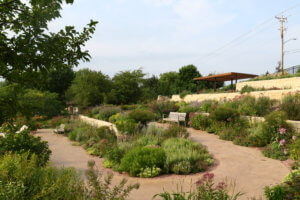 Due to its central location in Knoxville, Young’s Park is heavily used by residents. However, a lack of modern facilities and amenities kept the park from realizing its full potential. Knoxville city leaders selected Snyder & Associates to create a master plan for renovating the 11-acre community park and adding numerous new facilities. This plan developed multiple design element improvements, as well as creating a park theme that reflects Knoxville’s relationship with their sister city of Warrnambool, Australia.

The master plan developed by the Snyder & Associates team created a vision for the north side of the park, as well as the south. On the north side, the construction of an all-inclusive, ADA accessible “Miracle Field” playground was the first phase of the plan to improve the usability of Young’s Park. Additionally, the north side improvements include a splash park, shade structure, and a large shelter house and concession stand. In a nod to Knoxville’s sister city, a large didgeridoo was included in the plans.

Due to the land-locked nature of the park and the lack of significant storm sewer in the area, our team also prepared a detailed grading design and stormwater management plan that included a bioretention pond on the northeast corner of the park. This pond will greatly reduce the impact of localized flooding regularly experienced in the park, as well as maximizing open space areas.

On the south end of the park, the city coordinated with the Knoxville School District to move the tennis courts out of Young’s Park to make room for a new, 8,000 sq. ft. skatepark. Designed in coordination with Spohn Ranch, the skatepark is thoughtfully laid out to accommodate both skateboards and BMX bikes and includes a wide variety of terrain for all skill levels and riding styles.

The west end of the skatepark is anchored by a concrete “bowl,” which then flows into a modern street section with rollers, stairs, rails, and ledges. Sections with colored concrete add a modern aesthetic. The new skatepark replaced the city’s ad hoc collection of wood and metal ramps located at the Knoxville Recreation Center a few blocks away.

Just a short distance away from the skatepark, a large rope-climbing structure is available for younger park users. A picnic shelter pavilion with spacious restrooms, new sidewalks connecting the amenities, and updated lighting and utilities were also part of the south end improvements. Expanded parking was created on both sides of the park to accommodate the anticipated increased use. To keep the city’s maintenance equipment close to where it’s needed, the project also included a park maintenance facility.

The master plan and construction coordination efforts spread the park improvements over multiple phases. In addition to the plan, Snyder & Associates also performed all survey, site drainage reviews, and all utility coordination for this expansive park project. Numerous aspects of the master plan have already been constructed while other pieces are continuing during the next project phase.