Economic Insights for the U.S. & Iowa 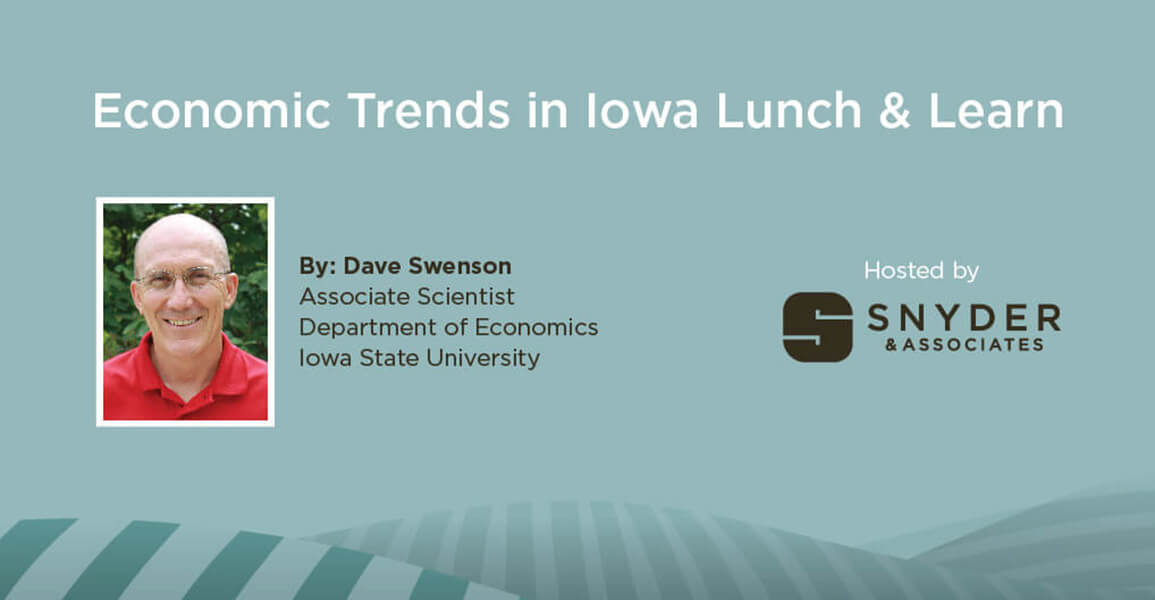 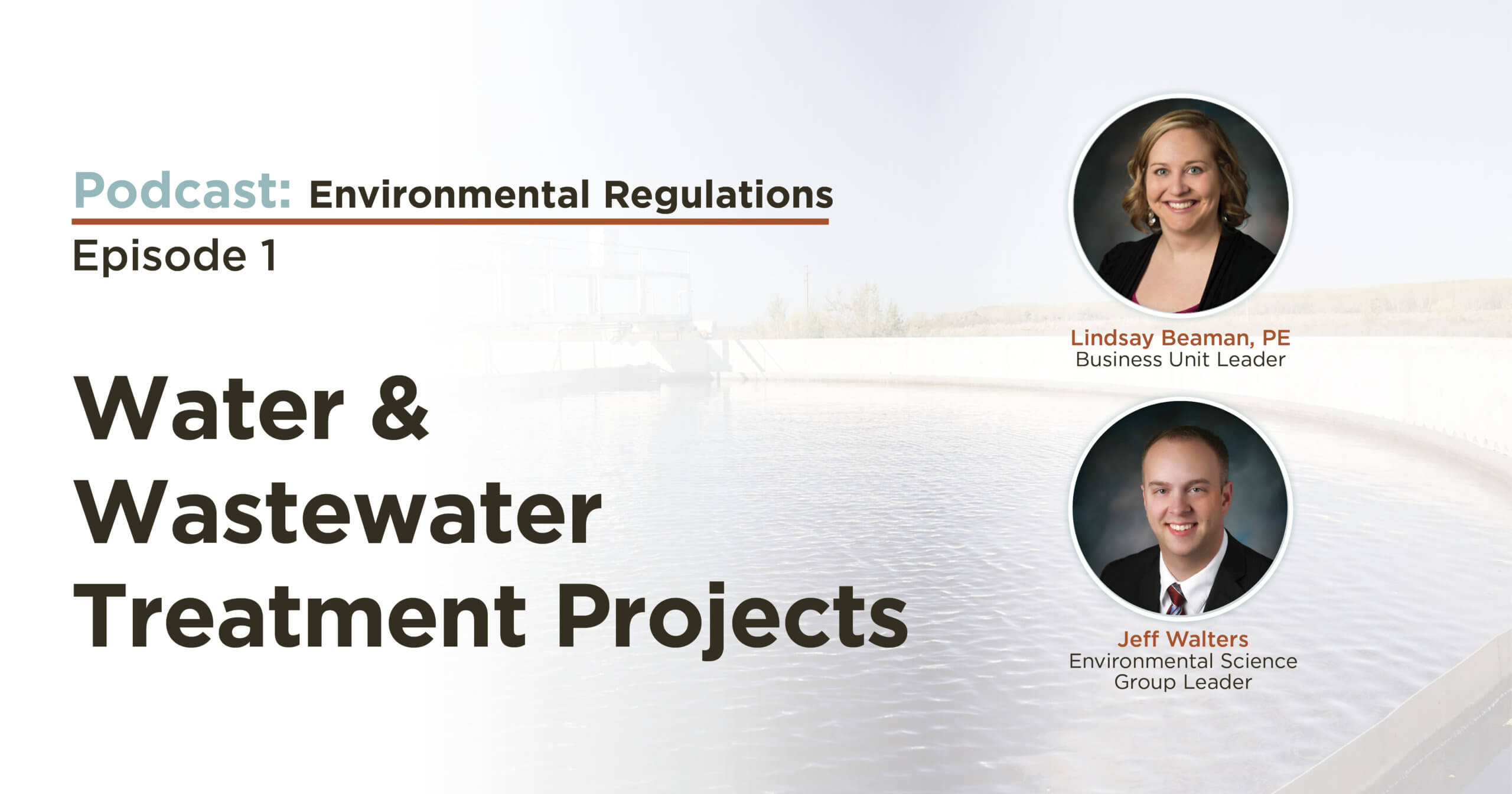 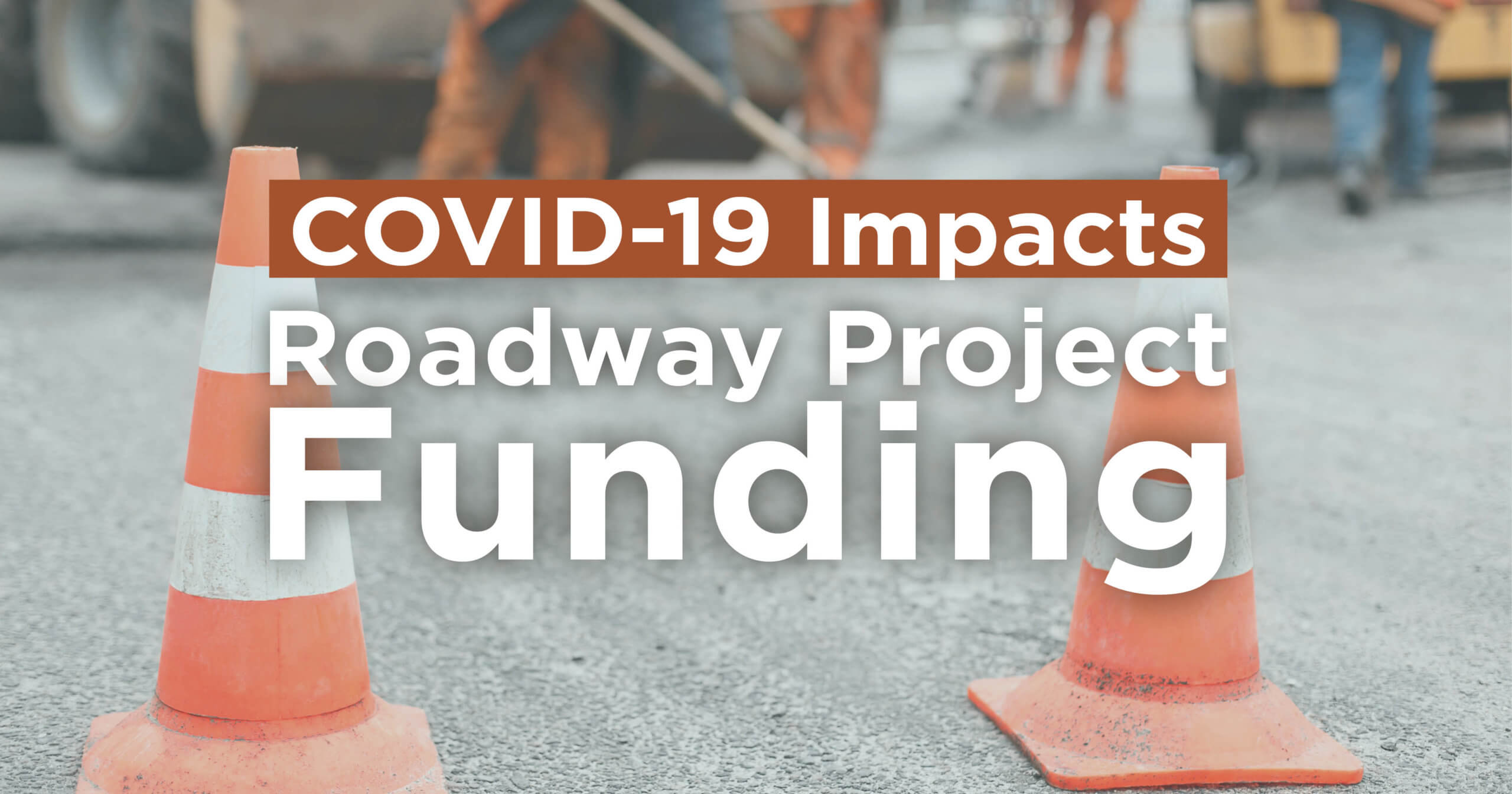 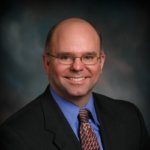 “Economic data is helpful for the decision-making process of how and when to invest in a community,” explains Mark Land, PE, CFM, vice president of Snyder & Associates. “You have to know what you’re up against to create solutions that support economic development.” 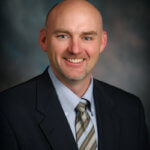 “We believe our success is a derivative of our client’s success and the ability to make informed decisions is a direct result of the resources and tools we have available,” adds Dave Moeller, PE, president of Snyder & Associates. “That’s why continuous learning opportunities such as this presentation are so vital.”

Both Land and Moeller feel the information Swenson provided will also be helpful to spark open, honest conversations with clients about the interconnected challenges they face. By adopting a strategic approach with economic data in mind, they hope to help communities avoid the pitfalls of being overextended financially.

From a national perspective, Swenson says the economy is positive with no recessionary concerns, but room for improvement remains. 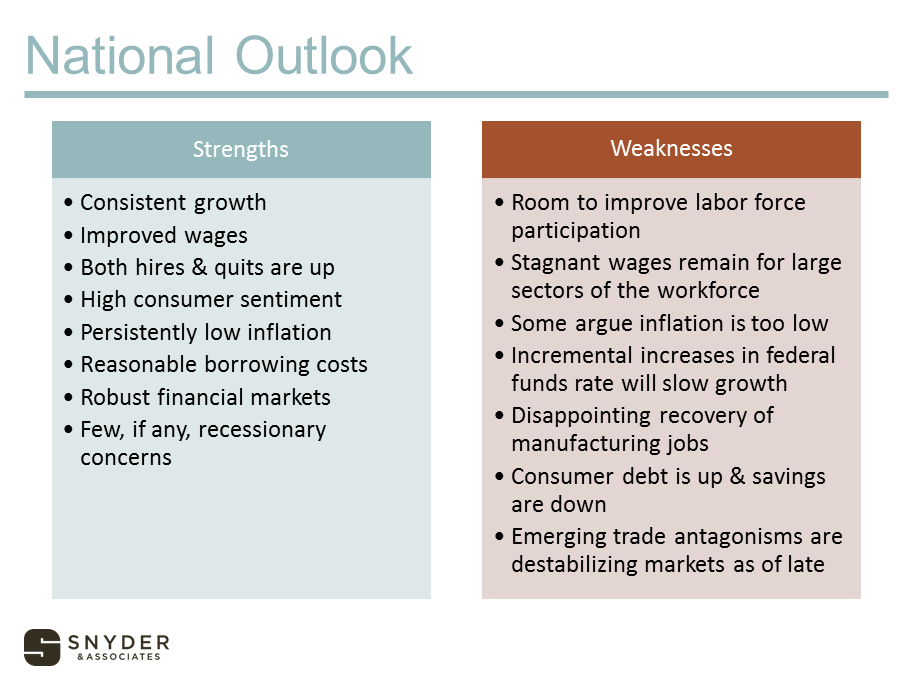 Since the 2008 recession, he reports that the economy has grown at almost a fixed rate. The real gross domestic product, adjusted for inflation, has also remained consistently positive because people are buying goods and services, which drives growth. Real household incomes, which peaked in 1998, have finally eclipsed the values held in 2008 due to a rise in real wages.

The unemployment rate is right around four percent, but it could go lower to further expand the economy. The ratio of unemployed people to new job openings is back to where it was before the recession. However, there’s still room to improve labor force participation by raising wages.

“The more wages grow in real terms, the more likely someone is to enter and stay in the workforce,” he says.

In discussing Iowa’s economy, Swenson reports that overall, the state has experienced persistent growth and recovery since the 2008 recession. Compared to the nation, he reports that Iowa experienced a shallower recession with a quicker recovery. 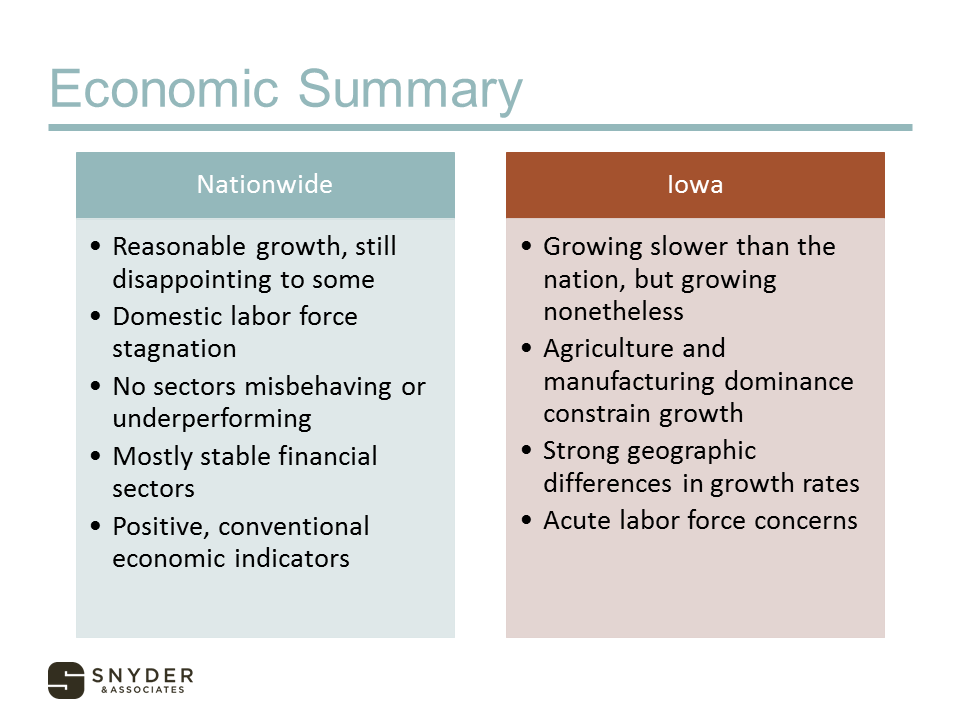 “By the middle of March 2013, we [Iowa] had recovered all of the jobs we lost,” Swenson says. “The nation contracted more, took a longer time to recover, and didn’t recover all of the jobs it lost until about March 2014, so it was in recession and contraction longer than the state of Iowa.”

Despite the fact that the recession didn’t impact Iowa as hard as it did other states and the nation overall, national growth is moving at a more robust and faster rate than in Iowa. However, Swenson is careful to point out that Iowa can’t grow faster than the nation because it needs the nation to buy what it makes.

Of Iowa’s 99 counties, 73 experienced a population decline between 2010 and 2016 while 26 counties experienced population growth. Cedar Rapids, Iowa City, and the Des Moines metro area are the fastest growing population hotspots.

Swenson goes on to mention that by the numbers, Iowa has a very skilled labor supply. He attributes a lack of jobs in non-metro areas to the change in population.

“We have a competitive advantage both in the production of educated people as well as the retention of much of those educated people,” he says. “But our economy only demands so much new talent each year, so people have to find work somewhere else.”

A Closer Look at TIF Use

Other intriguing aspects of Swenson’s presentation include an overview of government finances with a focus on property tax collections and tax increment financing (TIF).

He mentions Des Moines, West Des Moines, Sioux City, and Ankeny as more judicious users of TIF, while others are more aggressive. In his opinion, communities that use TIF heavily may be under fiscal stress because they’ve constrained their tax base.

“As the argument goes, it’s short-term stress for long-term gain,” he concludes.