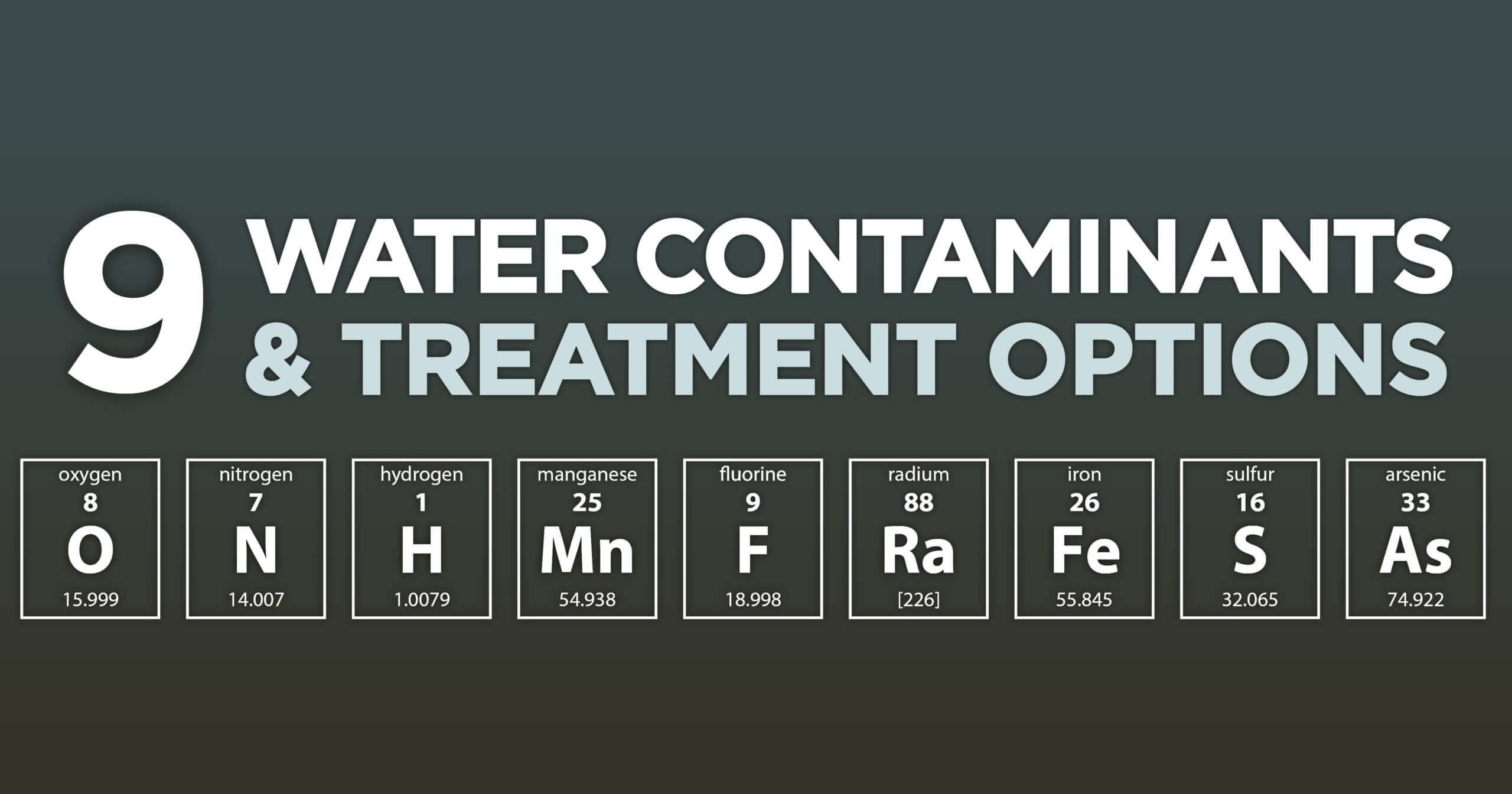 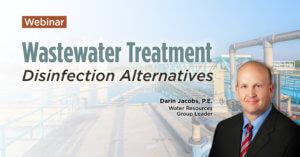 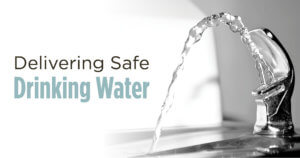 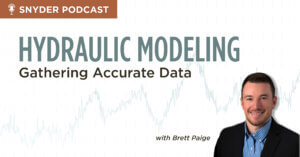 The rocky surface crust of our planet is made up of thousands of minerals and metals, some much more prevalent than others. The natural flow cycle of water filters it through this rocky layer where it absorbs, at some level, any substance it comes in contact with. Because the vast majority of communities and households in the U.S. obtain their drinking water supply from one of two sources — groundwater (wells) or surface water (rivers, lakes, and streams), impurities in the form of minerals and metals are always present in these raw water supplies.

Man-made chemicals can also be absorbed by water as it travels through the cycle. Pollutant discharges from manufacturing facilities, pesticide run-off from farming operations, and even chemicals used by homeowners in their homes or yards can contaminate groundwater and surface water sources. All of these impurities and contaminants must be properly controlled to ensure a safe and viable water supply.

To monitor the safety of drinking water, the Environmental Protection Agency (EPA) has established guidelines for more than 90 of the contaminants most often found in drinking water supplies. These drinking water standards apply to all Public Water Systems (PWS). The regulations also require the use of established water monitoring schedules and testing methods to measure contaminant levels in a water system. The laboratories employed to test a PWS must use EPA-approved methods when analyzing samples to demonstrate compliance with drinking water regulations.

But herein lies the rub for many cities, towns, and municipalities around the country — with so many known contaminants, they struggle with managing their water supplies with limited funding streams. Darin Jacobs, PE with Snyder & Associates knows these realities first-hand. As the Water Resources Group Leader, Darin has for years been helping communities analyze and implement the proper treatment methods to address their unique water challenges.

With decades in the business, Darin and his team can perform the in-depth studies necessary for determining the contaminants in a water source to help make the right treatment system recommendations. They also have the knowledge and expertise for finding funding opportunities that many communities may not be aware of or have the resources to pursue. Whether an existing system simply needs some upgrades, or an entirely new treatment system needs to be implemented, the Snyder & Associates team can help guide the way.

It’s true that certain areas of the country experience problems with similar contaminants. But most often, each raw water source has unique characteristics and contaminant levels that need to be addressed with a custom solution. Although there can be many contaminants in water, often simultaneously, here we’ll focus on nine of the most common impurities and which treatment method works best for eliminating them. It should be noted that sometimes, multiple treatment systems are used in conjunction with one another to meet the required standard.

Two of the most common materials found in raw source water (and the simplest to treat) are iron and manganese. Manganese is often found in minerals in combination with iron. While iron generally poses a minimal health risk to humans, manganese is no longer just considered an aesthetic issue. Studies conducted over the last two decades have shown that elevated levels of manganese in drinking water can lead to adverse neurological effects.

When combined levels of iron and manganese exceed EPA standards, the most effective treatment involves oxidation followed by filtration. In this process, a chemical is added to convert any dissolved iron and manganese into a solid, oxidized form that can then be easily filtered from the water. Chlorine is most commonly used as the oxidant, although sodium permanganate and hydrogen peroxide can also be used.

The treatment of these two materials can be further simplified through the use of a self-contained treatment plant, such as the AERALATER® Iron and Manganese Removal System. Available in custom sizes to meet a community’s needs, these systems combine aeration (oxidation), detention, and filtration in a single package. These systems are economical, dependable, and can also be used to treat other contaminants like hydrogen sulfide and arsenic.

The presence of hydrogen sulfide in a water source can typically be detected by humans at very low levels because of the rotten-egg smell it produces. While health effects in humans exposed to typical environmental concentrations are rare, the smell can become an irritant to the eyes, nose, or throat at higher levels. As with iron and manganese mentioned above, the aeration process is effective for removing hydrogen sulfide, especially using sodium permanganate as the oxidant. 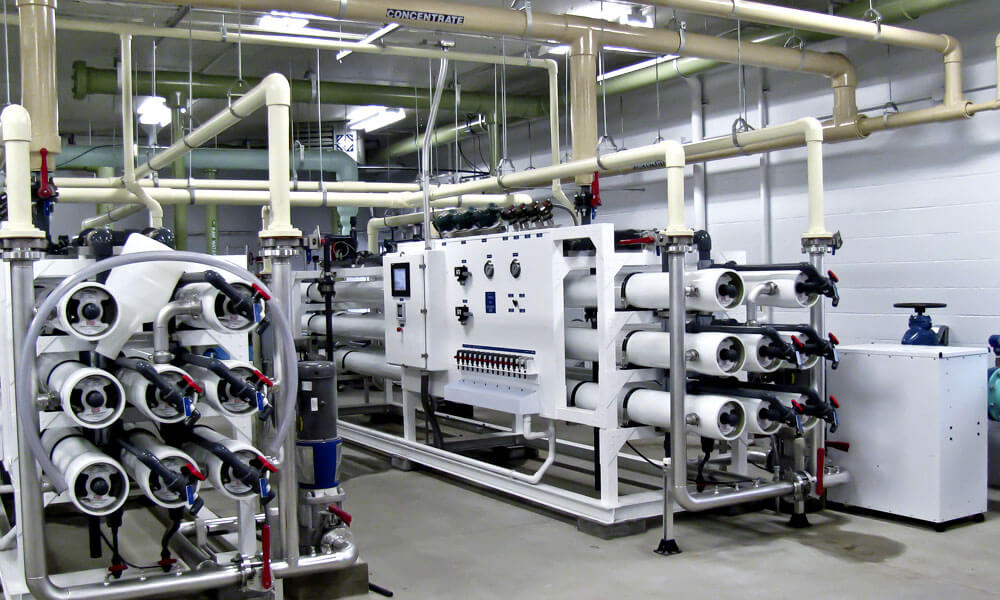 Ammonia in water exists as ammonium and a hydroxide ion but is commonly just referred to as ammonia. Ammonia in raw water sources typically derives from contact with dead organic material, industrial waste, and agriculture run-off. While ammonia is not generally harmful to humans, it can have an indirect health effect by interfering with chlorine disinfection processes. Additionally, nitrifying bacteria in the soil may convert ammonia to nitrite and nitrate through a nitrification process.

Ammonia has several methods that can be used to remove or react. The conversion of existing filters in water treatment plants to biologically active filters is one cost-effective option. Cation ion exchange and breakpoint chlorination are also viable options. However, as Reverse Osmosis (RO) technology becomes more affordable and practical for municipalities to install, it is quickly becoming a treatment option of choice for many communities.

Reverse Osmosis is a water treatment process that removes contaminants by using pressure to force water molecules through a semipermeable membrane. During this process, the contaminants are filtered out and flushed away. RO has the added benefit of reducing nitrate levels, as well as secondary benefits of hardness and radium removal (more about radium shortly).

Both nitrite and nitrate can form in a distribution system from the presence of ammonia in the raw water. Nitrate is found mainly in inorganic fertilizers. Like many chemicals, too much nitrite or nitrate in the body can cause serious health effects, particularly in infants and those with sensitivities to nitrate exposure.

Nitrate treatment methods include anionic removal which uses vessels identical to softeners, but with different resin. This is an effective and simple system, however, one disadvantage to this method is the need for regeneration and the disposal of spent regenerant.

Reverse osmosis is also an effective method for removing these materials from a water source. 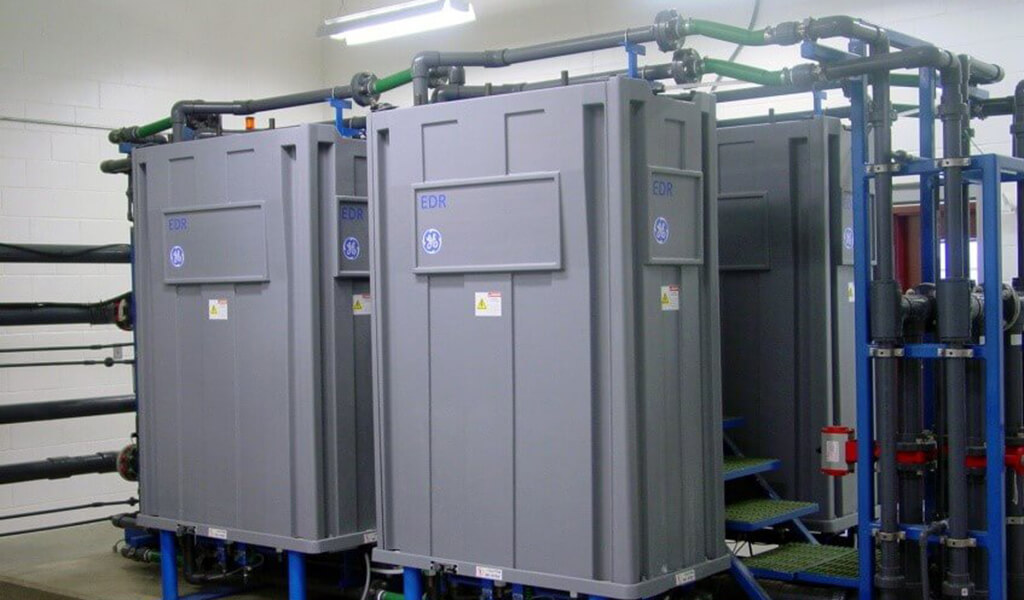 Naturally occurring in soils and bedrock, fluoride is the 13th most abundant element in the earth’s crust. Studies have shown that the correct amount of fluoride in a water supply can help prevent tooth decay and make teeth stronger. However, too much fluoride can damage teeth. Some raw water sources in numerous locations around the U.S. exceed the MCL requirements for fluoride, making treatment necessary.

Again, while reverse osmosis is an effective treatment option for reducing fluoride, Electrodialysis Reversal (EDR) may be the answer when dealing with water sources having brackish water. The EDR water desalination membrane process has been commercially used since the early 1960s but was initially cost-prohibitive. An electric current migrates dissolved salt ions (including fluorides, nitrates, and sulfates) through an electrodialysis stack consisting of alternating layers of membranes. The direction of ion flow is periodically reversed by reversing the polarity of the applied electric current.

EDR has numerous advantages over RO, including low-pressure operation, lower lifecycle cost, and easier maintenance. While these benefits for EDR have always existed, greater affordability in recent years has cast these advantages in a new light. Our professionals can help determine which system makes the best sense for your situation.

Arsenic is highly toxic in its inorganic form and long-term exposure can cause cancer. The main conduits for arsenic in a water supply are from natural deposits in the earth or industrial and agricultural pollution.

As mentioned earlier, treatment methods such as oxidation (aeration) are effective for removing arsenic, as is ion exchange. Reverse osmosis is often the preferred solution if other contaminants are present in the water source, as well.

Many contaminants exist in raw water sources. Here we’ve highlighted a few of the most prevalent ones that communities have to deal with. We’ve also pointed out some that may not be prevalent but are notable enough to warrant discussion. The most important step a community can take is to have a qualified team prepare a water system study so they know what contaminants are in their water source. The team at Snyder & Associates specializes in all aspects from evaluating existing systems, recommending options, designing new and retrofitted facilities, right up to providing start-up assistance for new installations.

Many more water source contaminants exist. Do your research and understand the importance of these compounds to public health and the safety of drinking water systems. All of these impurities and contaminants must be properly controlled to ensure a safe and viable water supply.