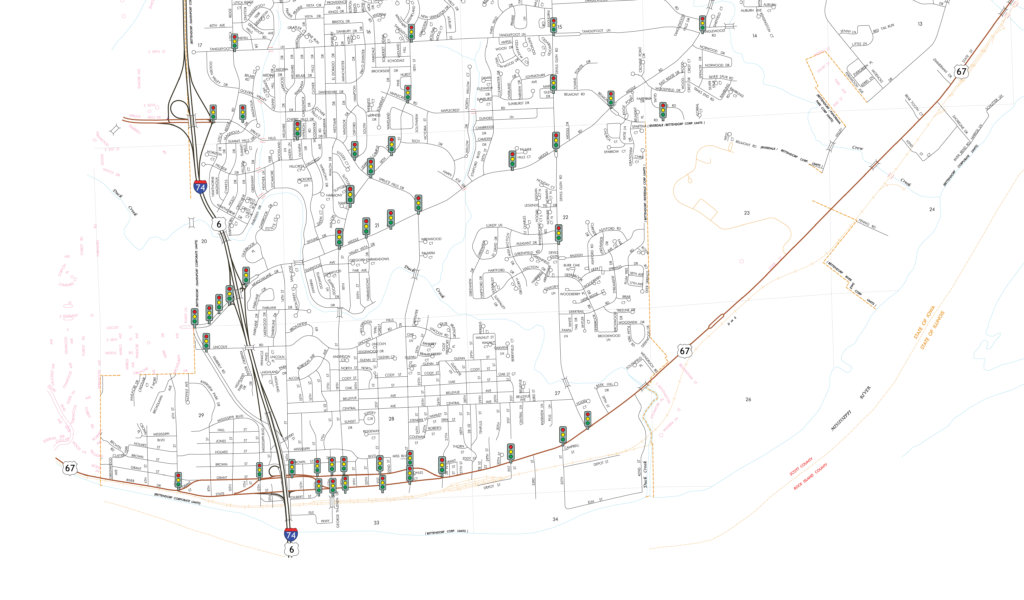 Bettendorf Traffic Signals
Fifty-four traffic signals were included throughout the City of Bettendorf. 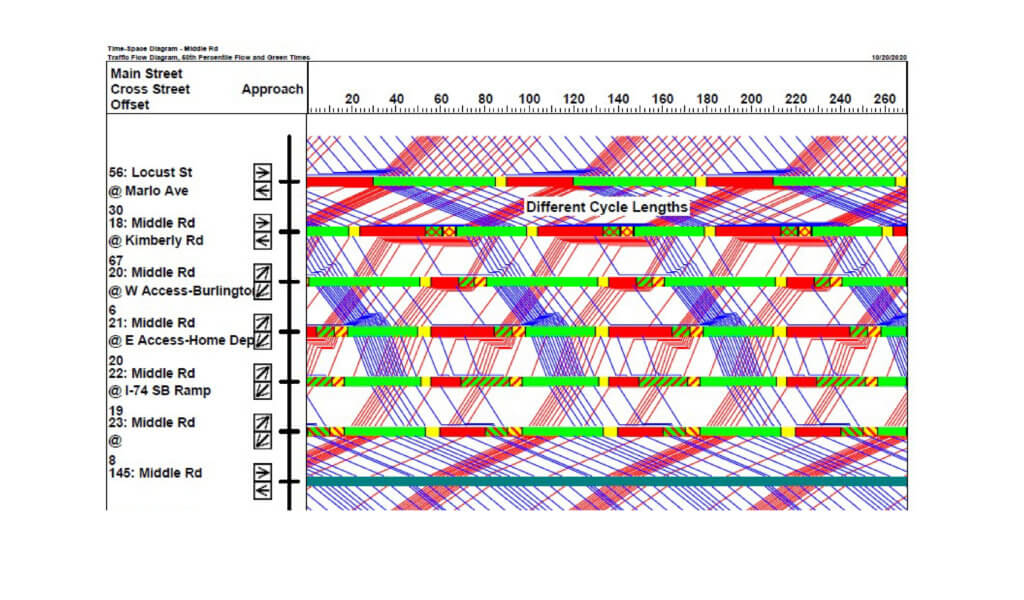 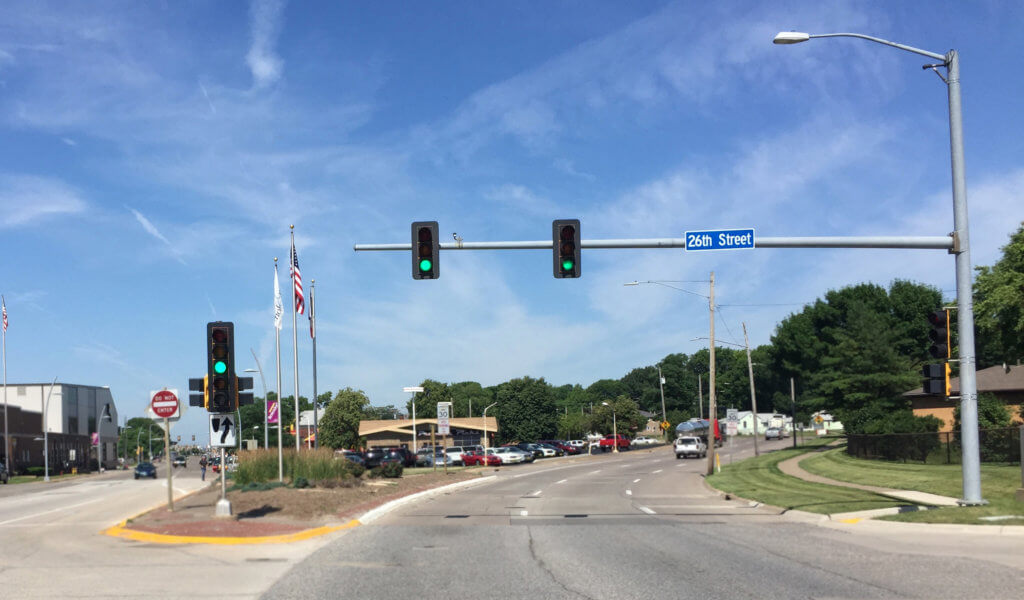 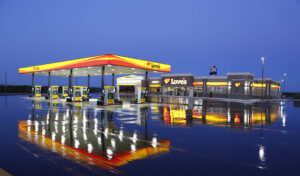 With a population that has steadily increased over the last three decades, the City of Bettendorf is constantly looking at ways to improve its traffic infrastructure. One component of that equation is having properly timed traffic signals that work in conjunction with one another, keeping vehicles and pedestrians moving safely and efficiently. Systems not operating at optimal levels can result in more stops, longer delays, overconsumption of fuel, excess pollution from emissions, and frustrated drivers.

To minimize those issues in their community, Bettendorf city leaders retained the services of Snyder & Associates to update traffic signal timing and coordination plans at 54 traffic signal installations along numerous corridors throughout the city. An additional four signalized intersections in the Cities of Davenport and Riverdale and one unsignalized intersection in Bettendorf were also included in the modeling and analyses.

The project also included the preparation of an Intelligent Transportation System (ITS) Master Plan for the city. This plan was devised to provide a framework for future signal and communication improvements to be integrated into their capital improvement planning. The plan will ultimately help prepare the city for seamlessly integrating advanced safety and operations technologies into their transportation infrastructure when needed.

Our team was faced with numerous challenges on this project, among them was collecting the extensive traffic count data needed, covering the large-signal network, and addressing the variable needs for the many different intersections and corridors. To overcome these challenges, our team made wise use of sub-consultants where possible and city-provided videos for traffic count data collection. This approach saved valuable time and resources, ultimately saving money for the city.

Additionally, we used a systematic approach to determine timing needs, dependent upon the time period, for each intersection. Our engineers also divided the signal network into five independent zones based on coordination and cycle length needs. Close coordination with city staff ensured that we met their specific needs concerning all timing adjustments. Our completed ITS Master Plan was provided to the city in geographic information system (GIS) format for simple and seamless integrated use by city staff. 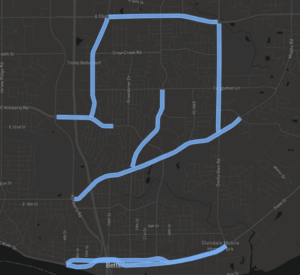 Based on traffic modeling, detailed timing plans were prepared and provided to the city for implementation. The new timings were implemented, with observation and adjustments being coordinated over a several-month period. Travel time studies performed after the updates have shown an 11.4% overall reduction in travel times. Six corridors in the study had peak period delay reductions of between 20% and 73%, while the overall delays along the corridors were reduced by 22.9%. Our team’s use of StreetLight Data for “before” and “after” travel time analysis further reduced costs for the city.

This vast project has taken tremendous strides in helping the City of Bettendorf streamline and upgrade its bustling traffic flow. The improvements put in place by the Snyder & Associates team will help them adapt to the ever-changing transportation needs of the community.