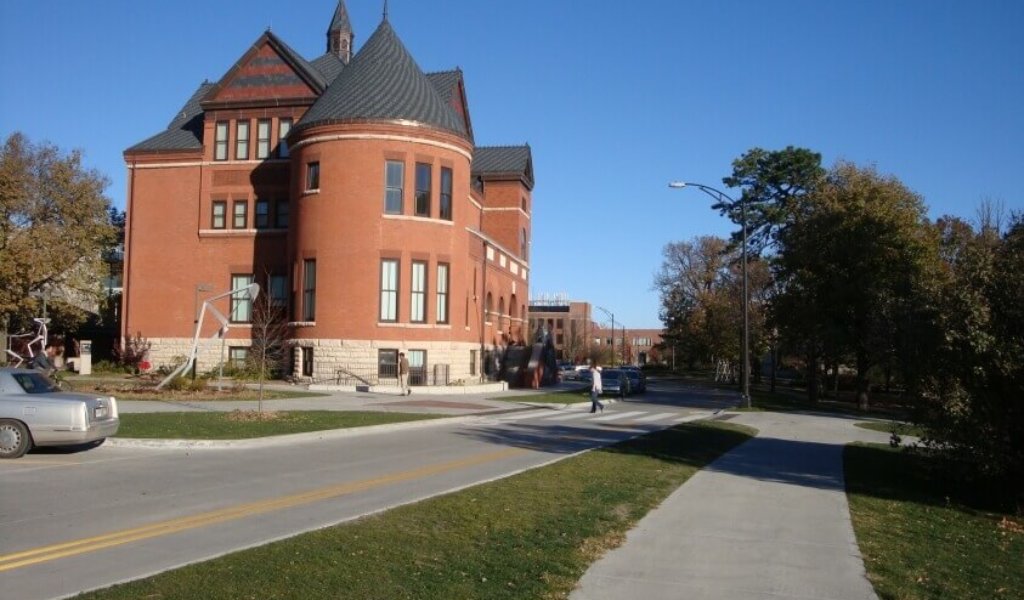 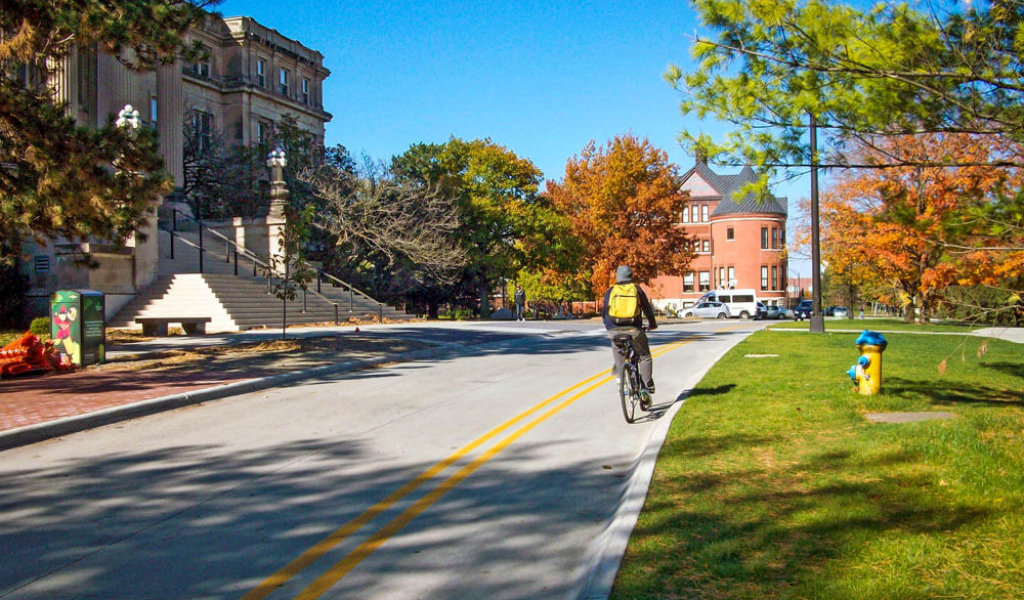 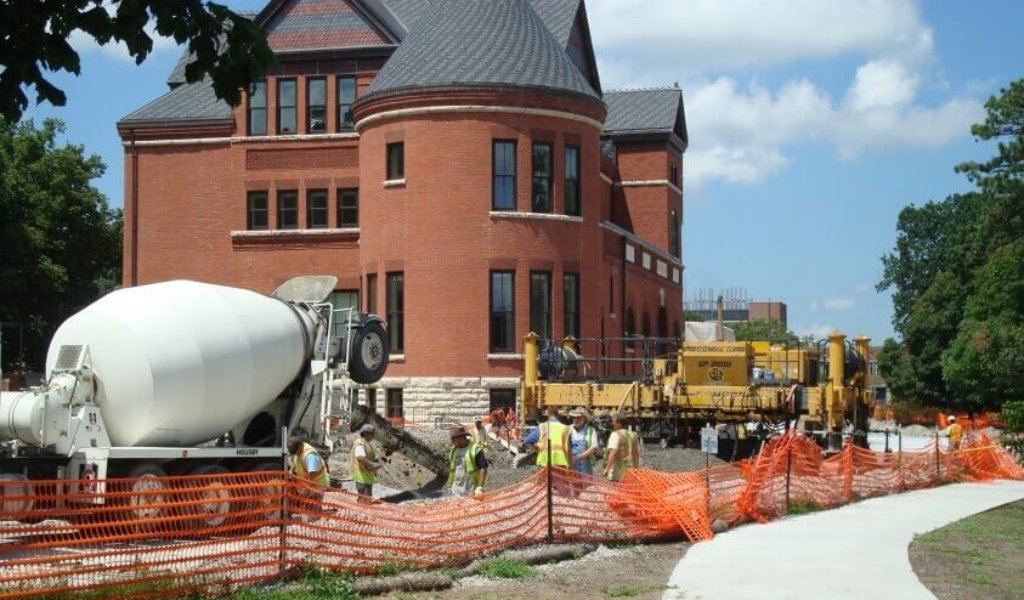 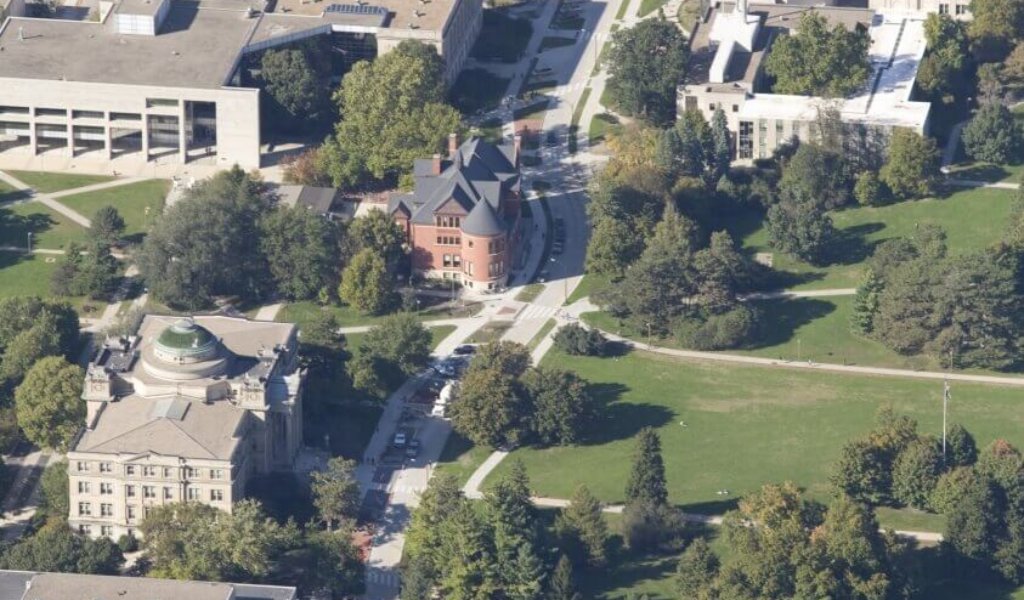 Morrill Road is a one-way street that winds through the Iowa State University central campus in Ames, Iowa. The corridor is adjacent to several significant campus buildings, including the library, Beardshear Hall, and Morrill Hall. Morrill Hall has the distinction of being listed on the National Register of Historic Places. Morrill Road was originally constructed of concrete in the mid-1920s and had undergone numerous rehabilitation efforts and overlays over the years. By 2008, the pavement was beyond its design life and needed replacement in order to continue servicing the multiple modes of traffic that use the corridor, including a high number of pedestrians and bicyclists.

At the request of ISU officials, Snyder & Associates completed a corridor study with the primary goal of creating a “Complete Street” design in a campus setting. The existing use of the roadway consisted of one-way vehicle traffic, including numerous CyRide buses passing along the corridor. Two-way bicycle traffic shared one, narrow lane, creating a less-than-ideal situation. Also, the heavy, student pedestrian traffic along the route needed to be a chief concern for the new design.

In addition, several special situations had to be taken into consideration during the design and construction of the project, including:

The final design created by Snyder & Associates maintained the one-way vehicle traffic, but added a one-way, contra-flow bicycle lane for northbound bike traffic, greatly improving bicycle safety. The width of the adjacent sidewalks was increased and an additional walkway was constructed to accommodate the high volume of pedestrian traffic. The extra walkway was designed to help minimize pedestrian crossings. As needed, three pedestrian crossings remained open during the entire construction process.

Parking along the corridor was also greatly improved in the final design. It not only maintained the number of parking stalls by using a combination of parallel and diagonal parking spaces, the new design also relocated several spaces which opened up the view in front of Beardshear Hall. The alignment of the roadway was designed to minimize the disruption of the communications duct running the length of the corridor. This also helped to address the reconstruction of the electrical vault. Crews were able to keep it energized at all times throughout the project.

As part of the study, Snyder & Associates provided Iowa State University a photometric analysis for various lighting options within the corridor. The University chose to replace the existing lights with new, decorative poles and LED fixtures.

Snyder & Associates advanced a Developmental Specification, subsequently approved by the Iowa DOT, for the use of a High Build, Waterborne traffic paint for all pavement markings. The pavement markings also included pavement grooving to extend the life of the markings. Additionally, the overall width of the roadway was reduced from 24′ to 20′. Due to this decrease in hard surface area, the amount of stormwater piping and intakes were minimized. Both of these features incorporated by our firm greatly reduced future maintenance costs for the University.

In addition to the normal services provided by our firm for this project, which included the initial topographic survey and full-time construction oversight, Snyder & Associates also developed a concept statement for the University to acquire Iowa DOT Institutional Roads funding that helped pay for the project. Due to the amount of construction required on the Morrill Road project and critical time constraints, work began during the spring semester. The road was opened to traffic one week prior to the following fall semester.