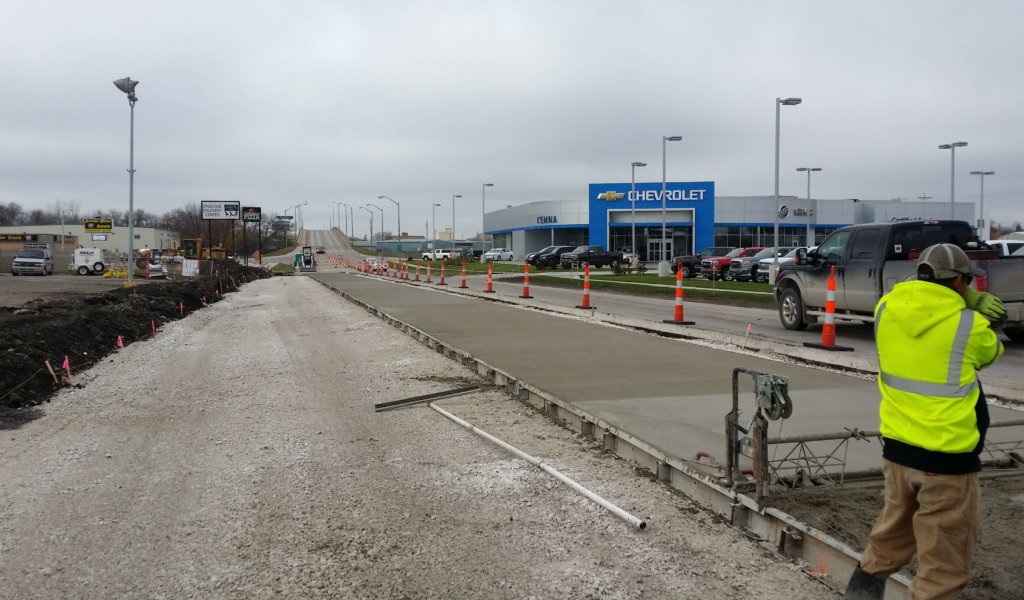 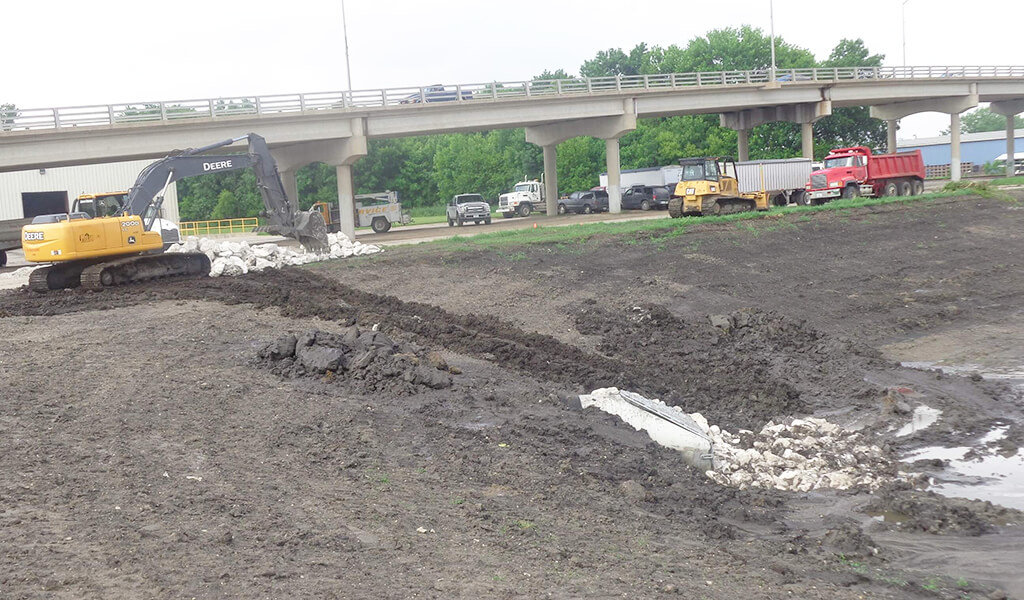 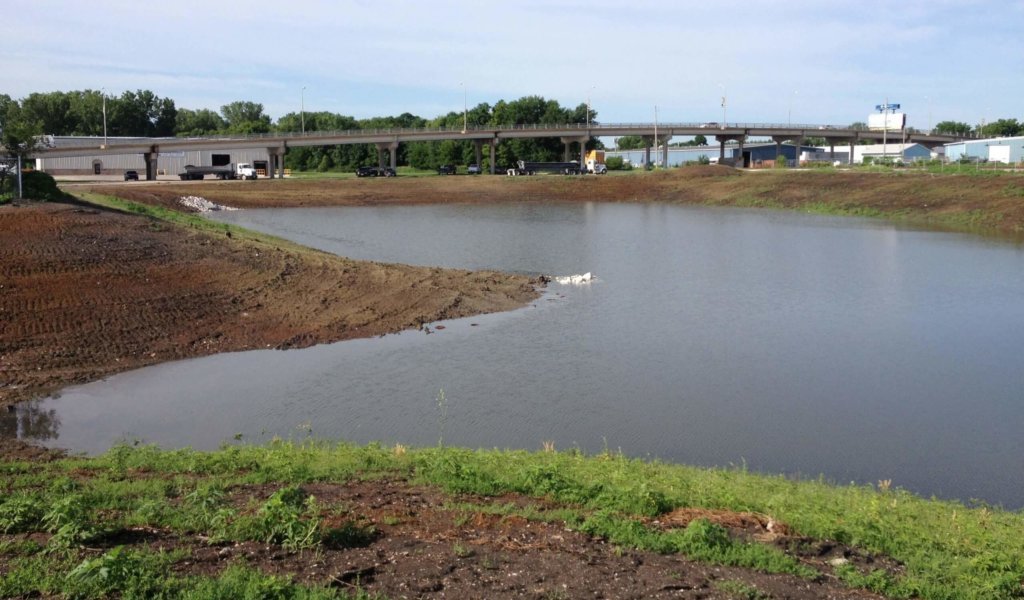 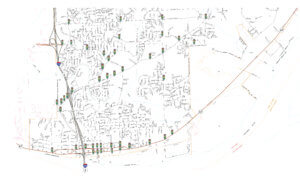 Until recently, business owners in the Crossroads Mall area of Fort Dodge were all too familiar with the significant stormwater drainage problems surrounding this retail-heavy, east side location. A combination of inadequately-sized sewer lines and massive amounts of concrete meant water from heavy rainfall had no place to go. This led to flooded roadways and countless instances of stalled vehicles during downpours. For years, city public works crews had to set up portable pumps to remove water from as many as 23 manhole locations during rainstorms.

In 2013, the city tasked Snyder & Associates with developing a plan to put an end to these all-too-common flood events in the east region. The resultant East Region Storm Sewer plan put forward would lead to a multi-phase project that would eliminate the almost constant flooding in the area. Integrated into the plan was a design for a safer, more streamlined approach to travel lanes along the busy 1st Avenue South corridor. For aesthetic improvements, plans for decorative street lighting along the corridor were created, as well as plans to remove overhead utilities in the area.

The primary need established by the Snyder & Associates design team was the creation of several regional stormwater detention basins in the area. Detention basins are simply graded depressions in the ground that provide a drainage point for stormwater. The water that drains into the basins is then slowly released over time through a dedicated outlet.

Phase one of the project included the construction of a detention basin on the north side of 1st Avenue South, below Veteran’s Bridge. The creation of the basin is just one part of the solution, however. Having an adequate capacity to move stormwater to the basins is also critical. To that end, larger storm sewer pipes were installed along the corridor. These pipes were appropriately sized to meet the needs during heavier rainfall events. Pump station improvements were also made to ration the amount of stormwater coming out of the basin into the smaller storm sewers downstream.

Phase one also included further roadway reconstruction of 1st Avenue South, as well as a section of South 25th Street along the west side of Crossroads Mall. This construction included improvements to lane configurations and better access management for several businesses along the corridor.

The lane improvements included the reduction of several four-lane, undivided configurations into two-lane roads with a center, two-way left-turn lane. This process is commonly referred to as a “road diet.” This style of lane alignment is designed to calm traffic, reduce crashes, and provide additional space between vehicles and pedestrians without widening existing roadways.

The next several construction phases included similar improvements along the roadways around Crossroads Mall. By dividing the project into smaller phases, public interruptions were kept to a minimum. This also allowed for the construction of another large detention basin in the region to provide a place for stormwater drainage before the new sewer pipes were put in place.

This near $15 million project required procuring project funds from multiple sources outside of normal city funding. These funding sources included the Iowa Department of Transportation, which provided money through the Traffic Safety Improvement Program (TSIP). These funds are available for traffic safety improvements on any public roads under county, city, or state jurisdiction. Iowa Clean Air Attainment Program (ICAAP) funds were also procured since the roadway improvements would result in reduced transportation-related emissions. An additional $1.5 million from the federal government was obtained for the reconstruction of the intersection at 1st Avenue South and South 29th Street.

Working side by side with community leaders, the Snyder & Associates team strategized this complex financial plan to complete the sewer and roadway reconstruction project. Our assistance included the identification and application for the program funds. This extensive project is being recognized as having solved the periodic flooding issues of the Fort Dodge east region district, as well as having created a more welcoming streetscape environment through the many roadway upgrades.