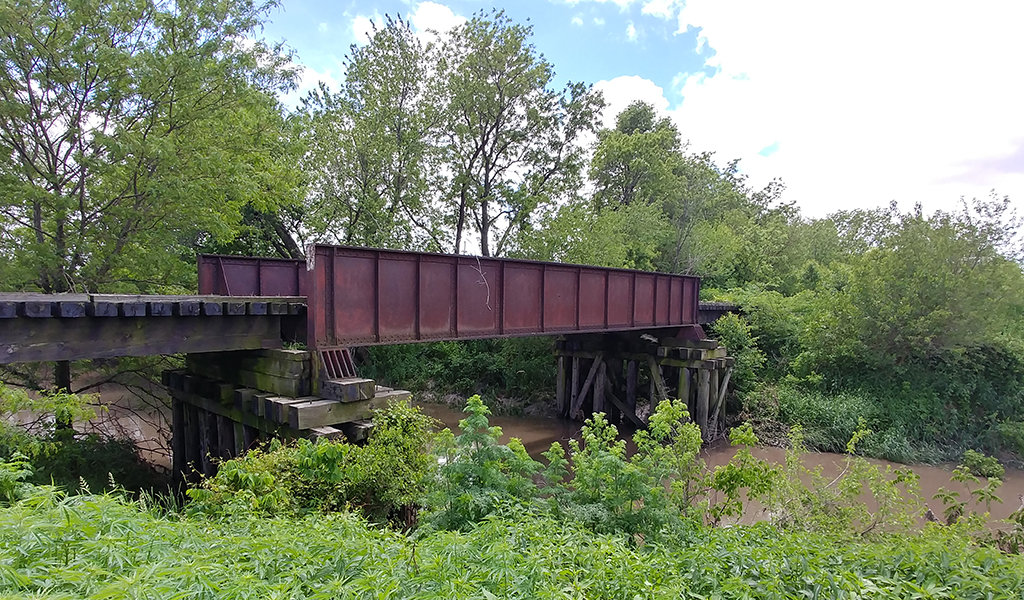 Railroad Bridge Retrofit
This former railroad bridge was reconditioned for use as a trail bridge. 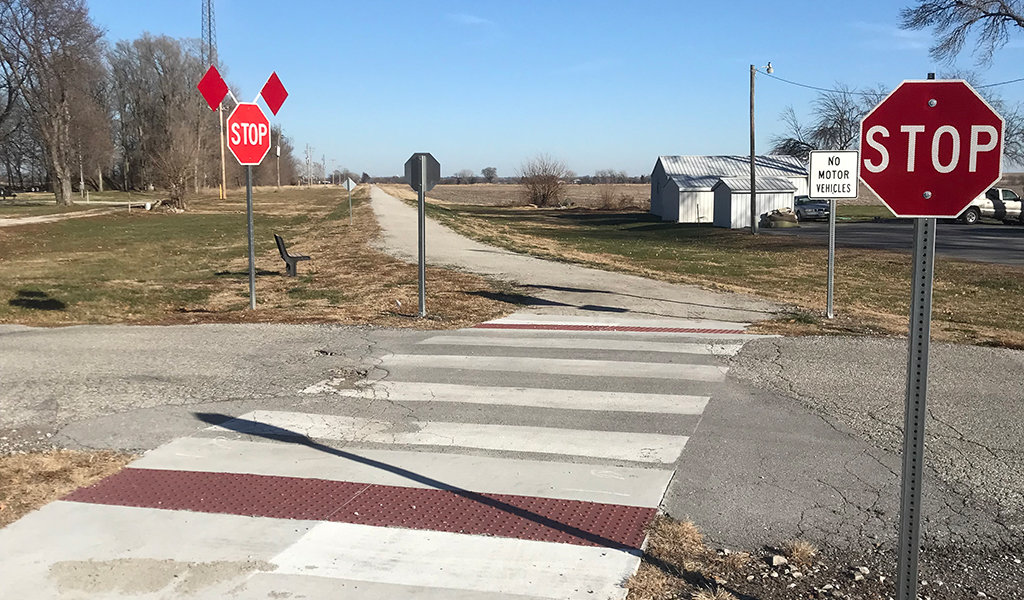 Trail Exit
The trail route proceeds east out of Farragut toward the community of Shenandoah. 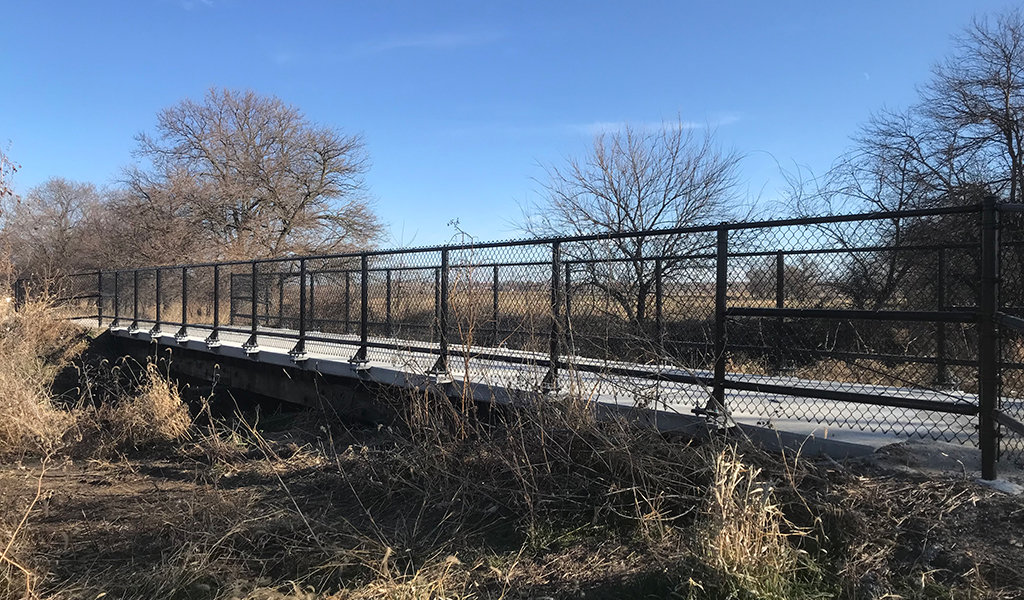 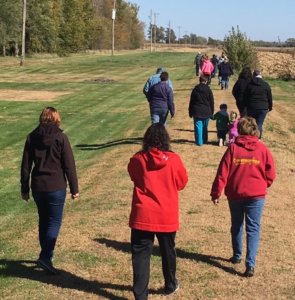 Farragut residents walk along the proposed trail route before final plans were approved.

Providing recreational opportunities, creating access to local attractions and amenities, and establishing organic connections between rural communities are just a few of the reasons multi-use trails continue to proliferate in the Midwest. The Town of Farragut in southwest Iowa had all these factors in mind when the Admiral Trail development was first proposed. As leaders in the trail design field, coordinators enlisted the team from Snyder & Associates to help create this unique and accessible biking, hiking, and walking trail.

Built on a nearly four-mile-long section of the former Burlington Northern Santa Fe (BNSF) Railroad corridor, the trail extends from the west side of Farragut to the Highway 2 crossing near Shenandoah. On a local level, the project was spearheaded by the Farragut Admiral Trail Committee, a group of interested residents who advocated for bringing the trail project to the community. The Snyder & Associates team coordinated with the committee, along with other organizations in the design and alignment of the trail.

The trail concept was originally designed to be a Portland Cement Concrete (PCC) surface. After bids came back much higher than organizers had anticipated, our team quickly modified the plans to switch to a granular surface. This option, and ultimately the final decision, helped to keep the project moving forward. Plans for paving the trail in the future are still in the works as more funding is procured.

The trail alignment east of Farragut passes alongside agricultural fields, through wooded areas, and over low wetlands on its path to Highway 2. This mix of land types created unique challenges for the design team, including the need to traverse several small creeks and waterways. The existing railroad bridges had fallen into disrepair and one had suffered serious damage in a fire.

Our structural subsidiary, Shuck-Britson, developed plans to repair, reinforce, and upgrade these bridge structures for trail use. At one location, three concrete culverts were placed in lieu of repairing the fire-damaged bridge. At another location, our team advised reinforcing some of the bridge pilings and completely replacing others. With this work completed, both bridges and the culverts received a concrete deck overlay. 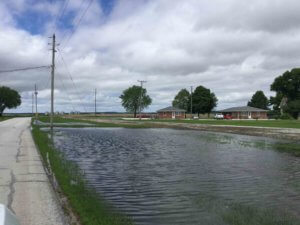 Extensive grading was necessary to raise the trail route above several flood-prone areas.

An additional challenge faced by our team was the low-lying and flat elevation of the trail area which posed a high potential for flooding. Creating an ADA-accessible trail and still having proper drainage along the route required a collaborative effort with the contractor and our field observation team. Snyder & Associates also performed environmental evaluations and permitting to accommodate an adjacent wetland property owned by the Iowa Department of Natural Resources (DNR).

To work with funding as it became available, our team developed the trail project to be constructed in two distinct phases. The first phase began on the west side of Farragut and extended to 390th Avenue. The recently completed second phase continued from 390th Avenue to Highway 2. The trail will eventually connect to the Wabash Trace Nature Trail in Shenandoah and be a part of the Frontier Iowa Trails System.

The Admiral Trail project highlights the extensive service offering of Snyder & Associates. Over the several years of planning efforts and funding procurement, our team was active in performing surveys, staking, environmental, construction observation, and numerous other tasks. Now complete, the Admiral Trail shines a light on Farragut’s unique past and connects trail enthusiasts to local attractions and amenities.