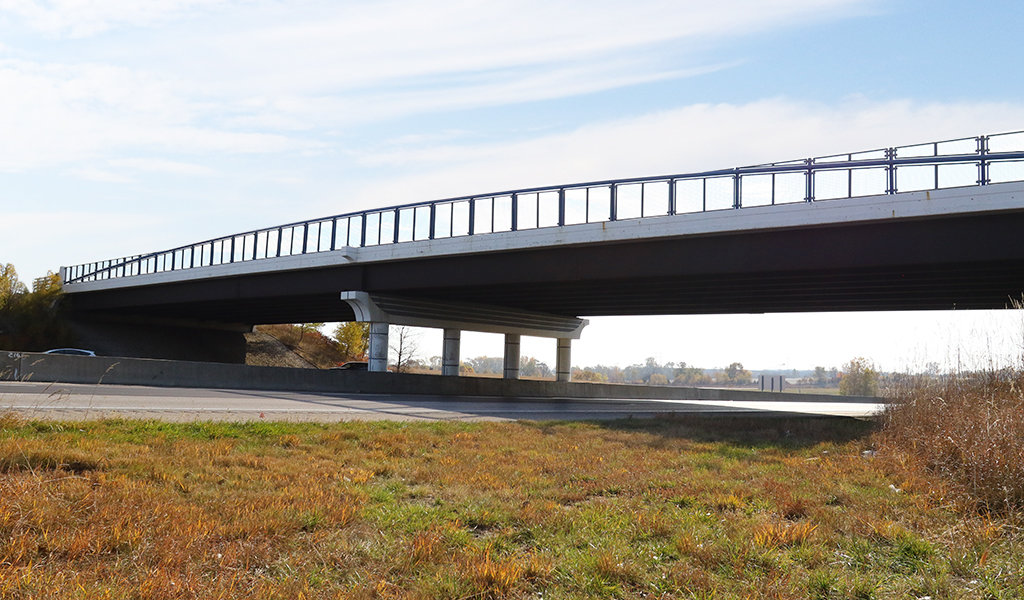 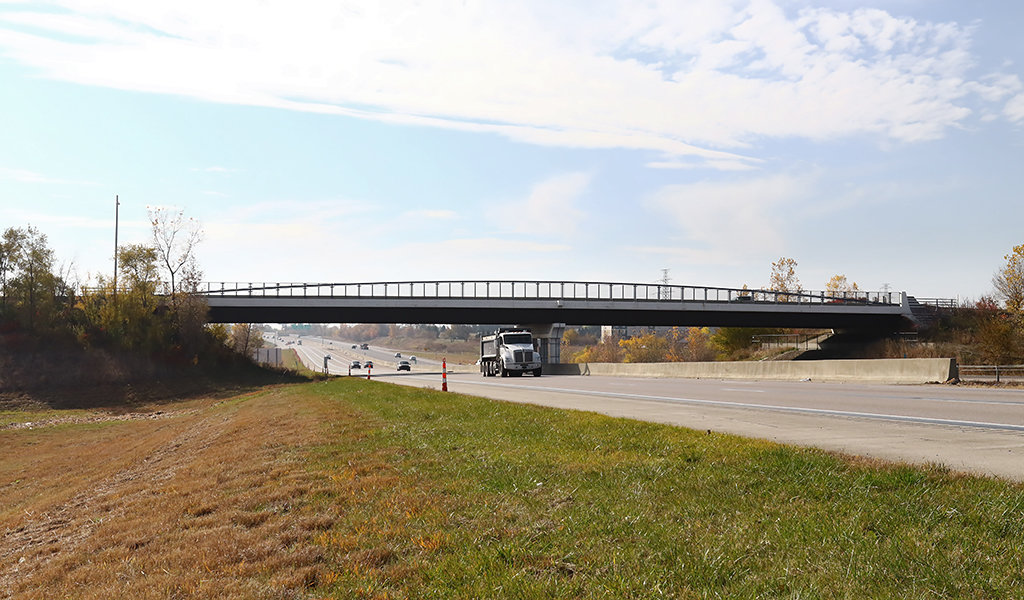 Steel Girder Design
The steel girder design was optimized for the required span lengths over Interstate 35 and to provide proper clearance for interstate traffic below. 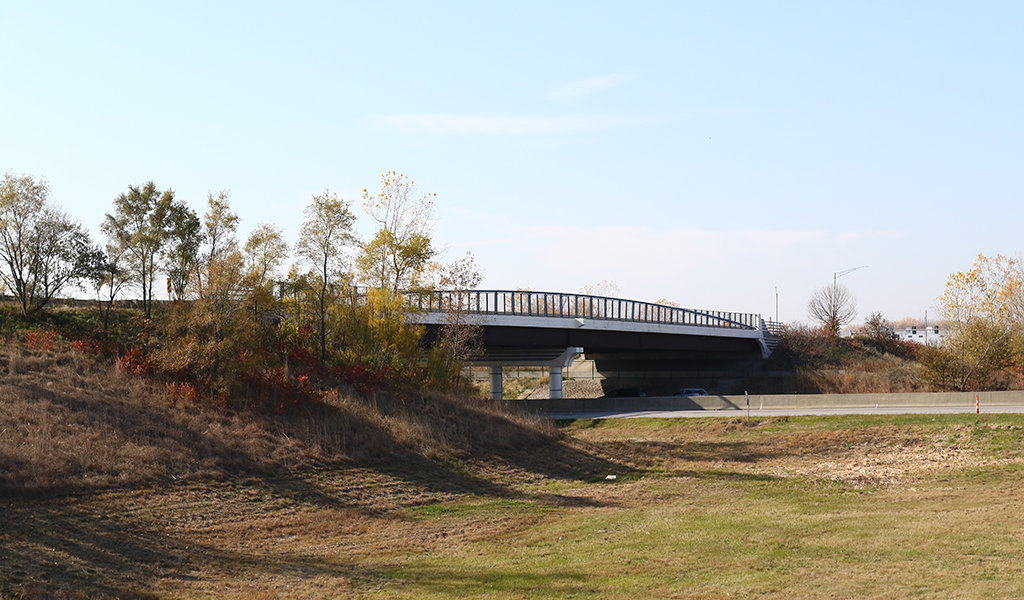 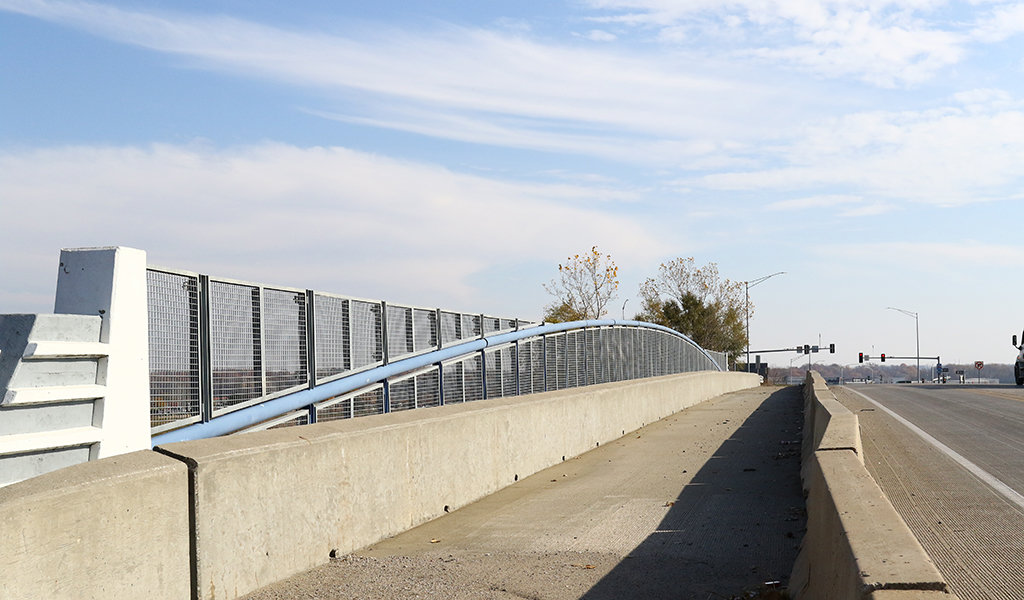 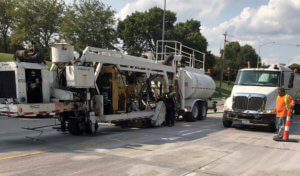 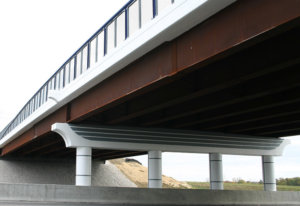 The special weathering steel used for the bridge beams does not require painting but instead develops a chestnut-colored patina.

The rapid population growth in Ankeny, Iowa can in large part be attributed to its proximity to Des Moines and the easy access to Interstate 35. To support new site development on the southeast side of the city, expanding that efficient access was critical. The new Iowa Department of Transportation (DOT) Driver’s License Station, several warehouse retail centers, hotels, and other commercial properties were depending on roadway infrastructure to support the increasing growth and vehicle traffic on the east side of the interstate.

To quickly expand access in the area, a new interchange and bridge spanning the interstate at the Corporate Woods Drive location were viewed as the optimal choice. The aggressive schedule desired by city leaders and Iowa Department of Transportation (DOT) officials required important decisions to be made quickly.

The professionals with Snyder & Associates, along with subsidiary Shuck-Britson, were selected to partner with public works engineers from the City of Ankeny, Polk County, Iowa DOT staff from District 1, Office of Design, and Office of Bridges and Structures. A cohesive team effort was an essential basis of collaboration for project planning and sound decision-making.

Due to the grading at the interchange site, a significant amount of fill placement was required to achieve the new Corporate Woods Drive roadway configuration. Our team’s extensive coordination with the geotechnical engineers helped identify the proper construction procedures and specifications to control the settlement of new roadway fill.

The roadway alignment and geometry were established early in the design process. This allowed the bridge design team to immediately get started creating the plans for the steel plate girder bridge featuring a new aesthetic theme. The steel girder design was optimized for the required span lengths over Interstate 35 and to provide proper clearance for interstate traffic below. Other unique bridge features include: 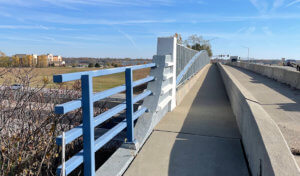 An arched steel frame and mesh panel pedestrian railing borders the sidewalk along the north side of the bridge.

The design team recognized that pedestrian access was an important aspect of the area’s long-term needs. A raised sidewalk and concrete separation barrier were incorporated on the north side of the bridge. The west approach grading incorporates a sidewalk with a switchback and benched berm to carry the sidewalk back under the west bridge span. This will connect with a future sidewalk on the south side.

The project received the Iowa Quality Initiative Structures Award and was recognized as the best steel beam bridge on Iowa’s primary road system between 2002 and 2004. The award is sanctioned by the Associated General Contractors of Iowa, the Iowa DOT, and the Federal Highway Administration (FHWA). With all the necessary expertise under one roof, the Snyder & Associates/Shuck-Britson team is able to quickly bring roadway/bridge projects of this magnitude to completion, on time — and on budget.