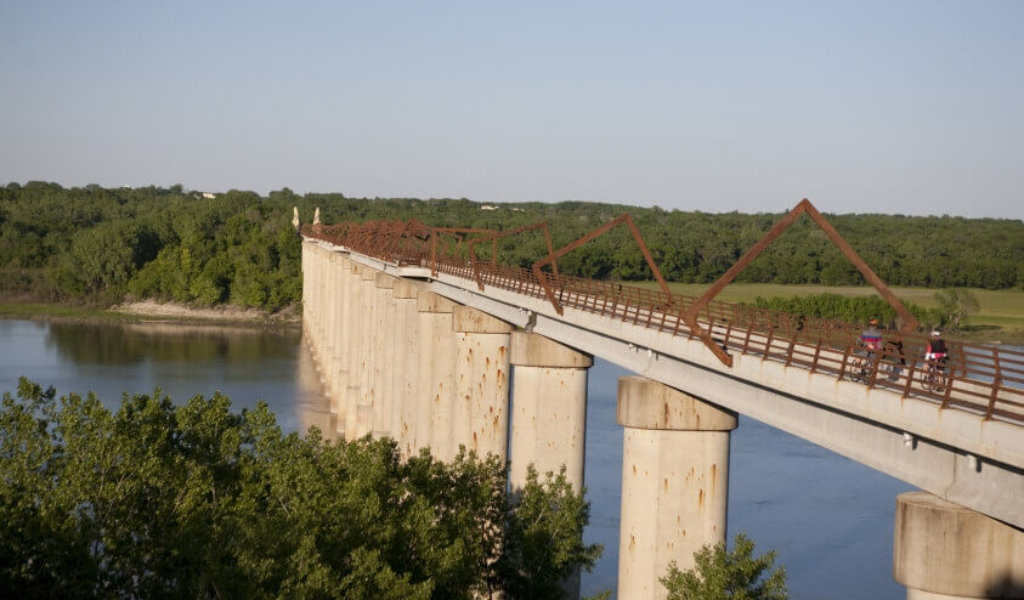 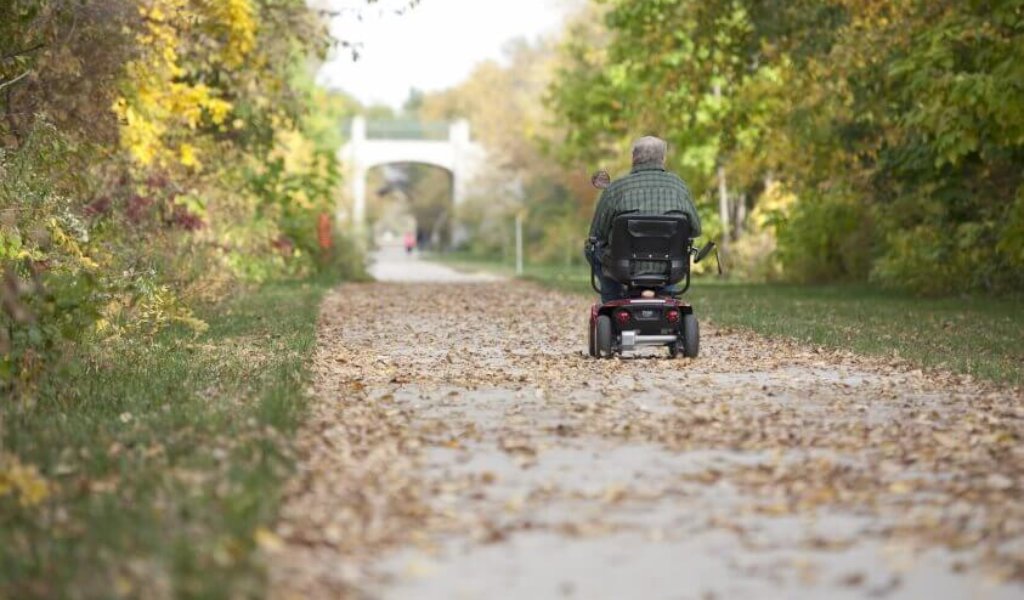 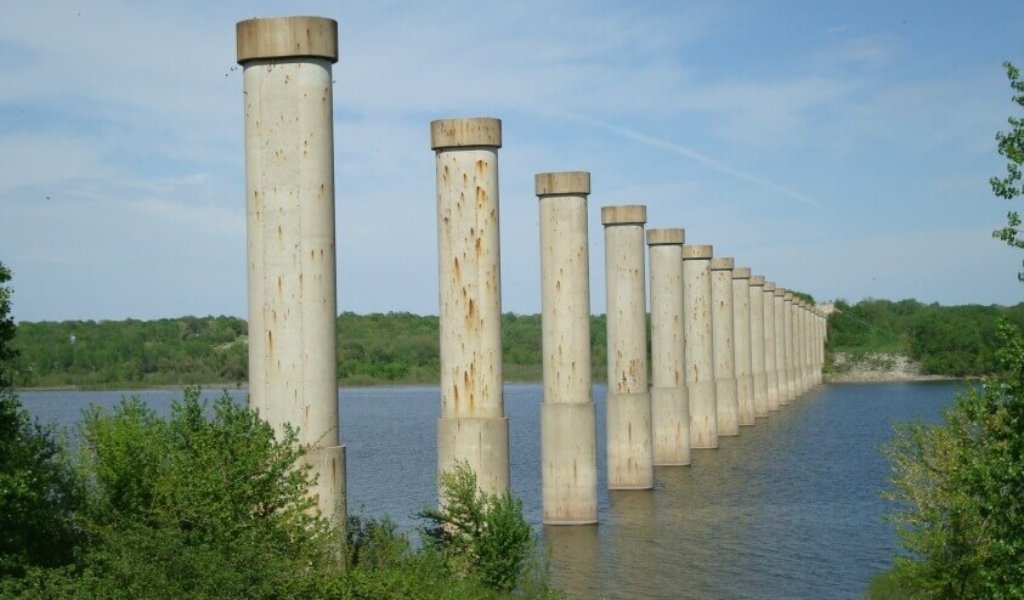 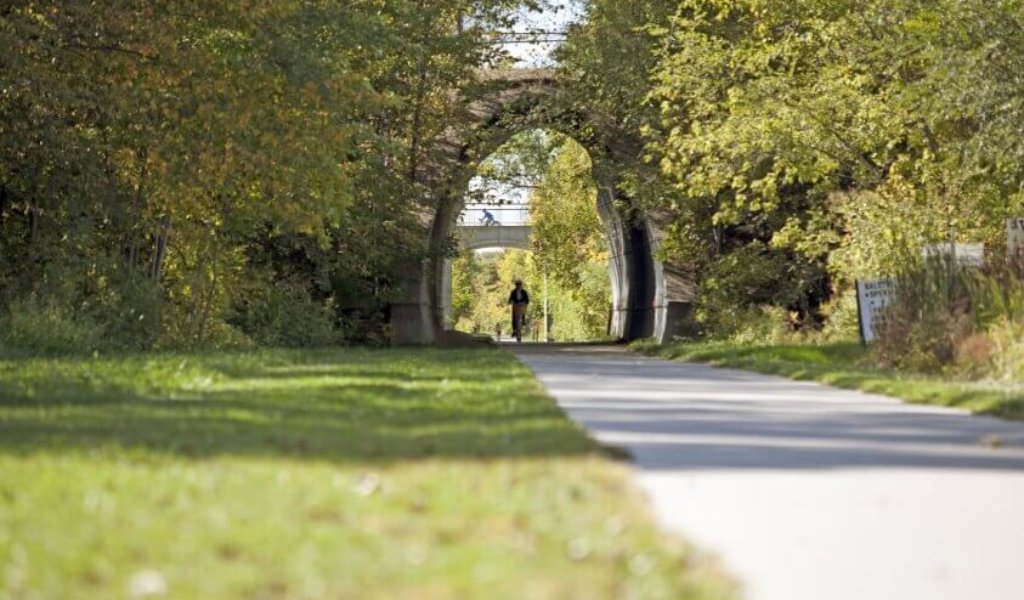 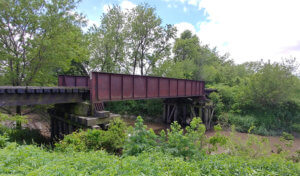 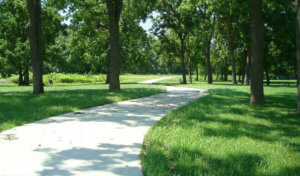 Repurposing a Railroad Bridge for a Multi-use Trail

This 10-foot-wide, 25-mile-long trail connects five cities across four counties along a rail-banked railroad corridor. The focal point of the project is a 2,530-foot-long, 130-feet-tall bridge over the Des Moines River, which was constructed on existing concrete piers from a former railroad bridge. Snyder & Associates coordinated with Shuck-Britson and public artist David Dahlquist on the artistic design of the bridge design and engineering. The project was divided into five construction phases and one large bridge construction contract for funding purposes.

As the lead design firm for the High Trestle Trail, we became intimately involved during the five years we served on the project team. Professional services we provided included a preliminary survey, trail alignment and profile design, drainage design, funding application assistance, right-of-way services, along with the design of trailheads and other amenities. We also provided public communication services including administration of public meetings, photo enhancement and development, and maintenance of a project website.

Within the first year, Snyder & Associates helped the City of Woodward utilize REAP funds to pave the first 1,111 feet of trail in 2006. In 2007, we constructed 1.3 miles of concrete trail in Woodward and 1.6 miles of asphalt trail in Ankeny. With the bookends completed, the rest of the trail was paved. At the time, the bridge over the Des Moines River still needed funding to be completed. As 8.5 miles of concrete trail and 11 miles of asphalt trail were completed along with the rehabilitation of eight smaller bridges in 2008, excitement grew over the new trail and the envisioned Des Moines River Bridge.

In addition to REAP, funding assistance we provided included: 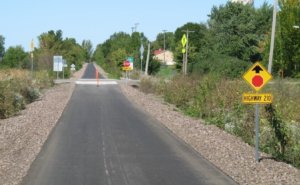 In just five months, the project team collected over $550,000 in private donations to match a Vision Iowa Challenge Grant of $1,750,000. This accomplishment allowed us to submit the bridge project for letting.

Construction of the bridge over the Des Moines River began in 2009 and was completed in 2011. A critical winter construction period allowed the contractor to access the river valley while the ground was frozen and the river/lake level was low for the placement of beams on the existing bridge piers. The concrete bridge deck and railings had to be poured from the top as the river valley promptly filled with Spring 2010 thaw and rains. Installation of art elements extended construction into winter.

In April 2011, the trail opened with a grand celebration that welcomed over 3,000 visitors on a sunny Saturday. Since the grand opening, Snyder & Associates continues to assist the project team with signage coordination and maintenance recommendations.

Recently, construction began on a 9-mile trail segment known as the Let’s Connect Trail, which will link High Trestle Trail with the Raccoon River Valley Trail in an effort to further strengthen Iowa’s growing trail network. Due to funding, the project is being built in phases. During summer 2018, 1.5 miles of the trail was built starting in Perry and working east. Phase 2 starting west of Woodward is planned to begin in 2019.