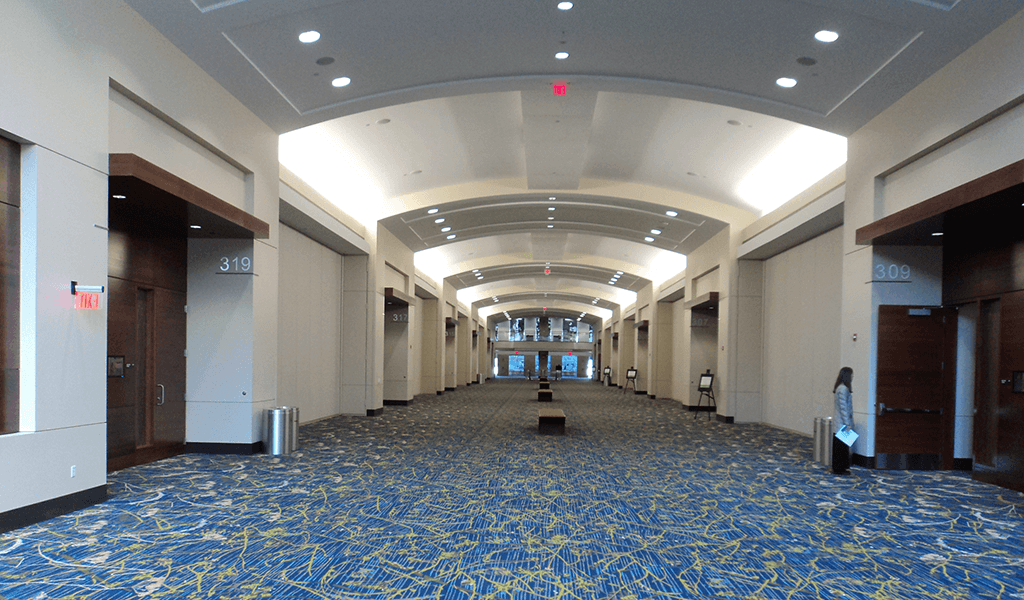 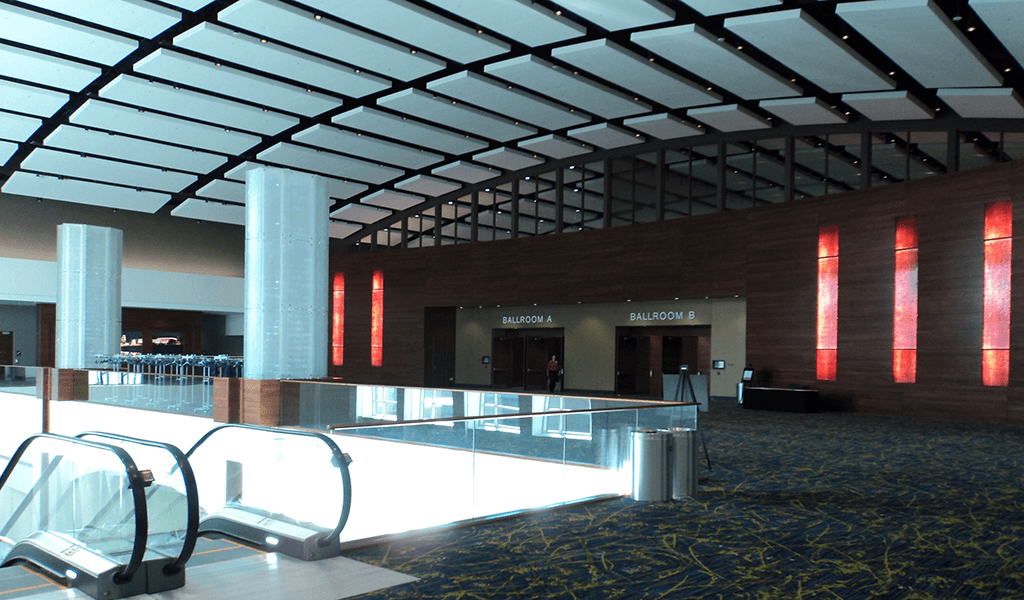 Ballroom Event Facilities
New escalators carry attendees to the large gathering area outside of the ballrooms. 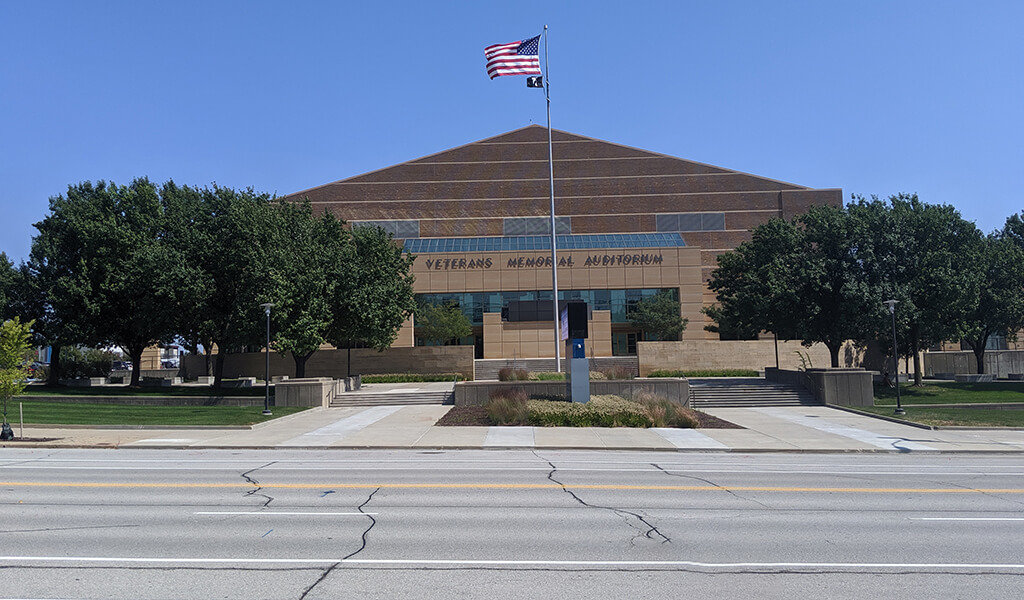 Historic Veterans Memorial Auditorium
The external facade of the auditorium remained largely unchanged by the renovations. 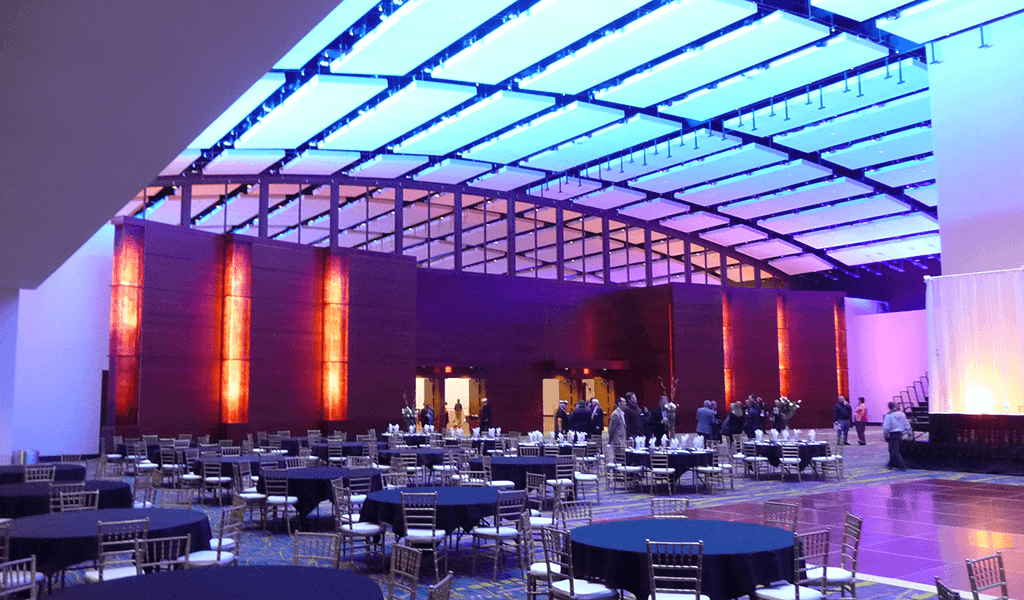 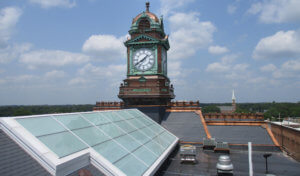 When Veterans Memorial Auditorium opened its doors in 1955, it was one of the largest sports and concert venues in the country, rivaling facilities in major metropolitan areas like Chicago and New York. With the construction of nearby Wells Fargo arena in 2005, plans were put in place to renovate the aging “Vets” to meet the new demand for a meeting and convention space in the City of Des Moines.

Commencing in October 2010, the historic auditorium closed for 14 months to undergo a transformation into a state-of-the-art convention facility. As the firm chosen by the county to recreate this convention space, OPN Architects partnered with our Snyder & Associates subsidiary, Shuck-Britson to perform all structural engineering design aspects for this expansive project. This included the removal of the auditorium seating and the addition of a second-floor containing meeting space and a ballroom.

Plans for the new convention center space were designed to fit into the building’s existing steel rigid frame. However, significant interior demolition was required, including removal of all permanent seating and much of the building’s back-of-house infrastructure. The addition of the new second floor, as well as new elevators and stairs, required significant new structural framing, reinforcement of existing columns, and the strengthening of existing foundations. These design features ensured the new design was not only economical but also hastened the rapid construction 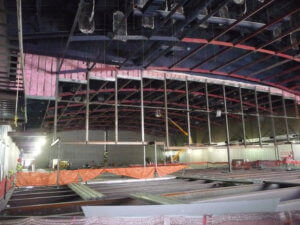 Crews work on the internal steel structure for the new second floor of the auditorium.

of the interior improvements.

A carefully sequenced shoring operation allowed for the designed demolition of all interior seating and finishes in a manner that avoided damage to the exterior structure. Partition walls were added to optimize the vertical space available for multi-level and multi-purpose use. In a nod to the building’s original namesake, Veterans Memorial Hall was created as a part of the renovation plan. The Hall showcases the sacrifices of Iowa’s Veterans since Iowa became a state.

This comprehensive project received an Engineering Excellence Award from the American Council of Engineering Companies (ACEC) for the structural design of the renovations. Professionals from Shuck-Britson oversaw all structural design and retrofits, as well as provided construction administration for this extensive project. When completed, the facility was rebranded as the Community Choice Credit Union Convention Center at Veterans Memorial.