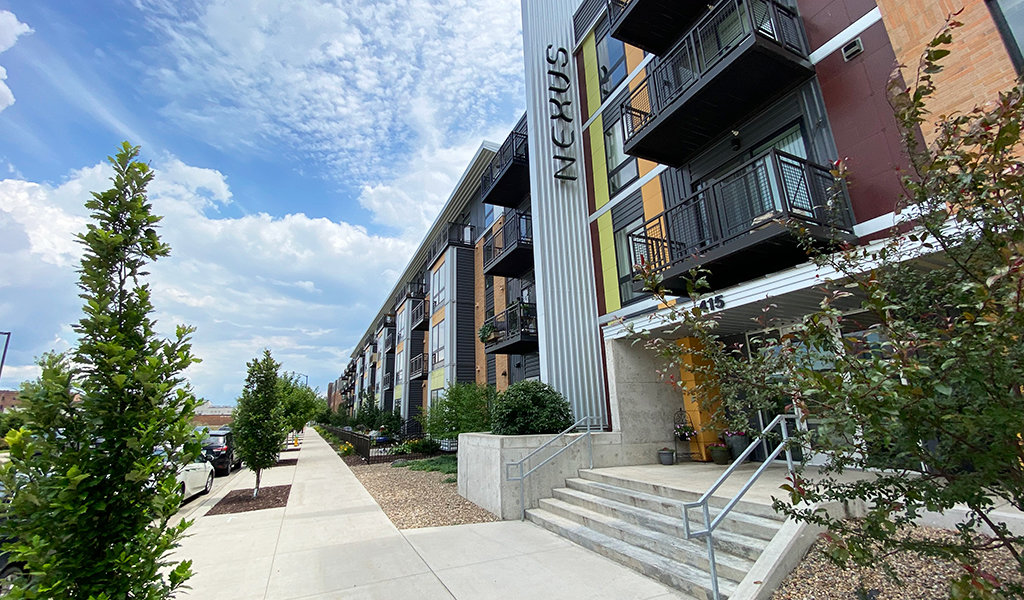 The Nexus Complex
Modern styling and high-end amenities were used to create this unique apartment building. 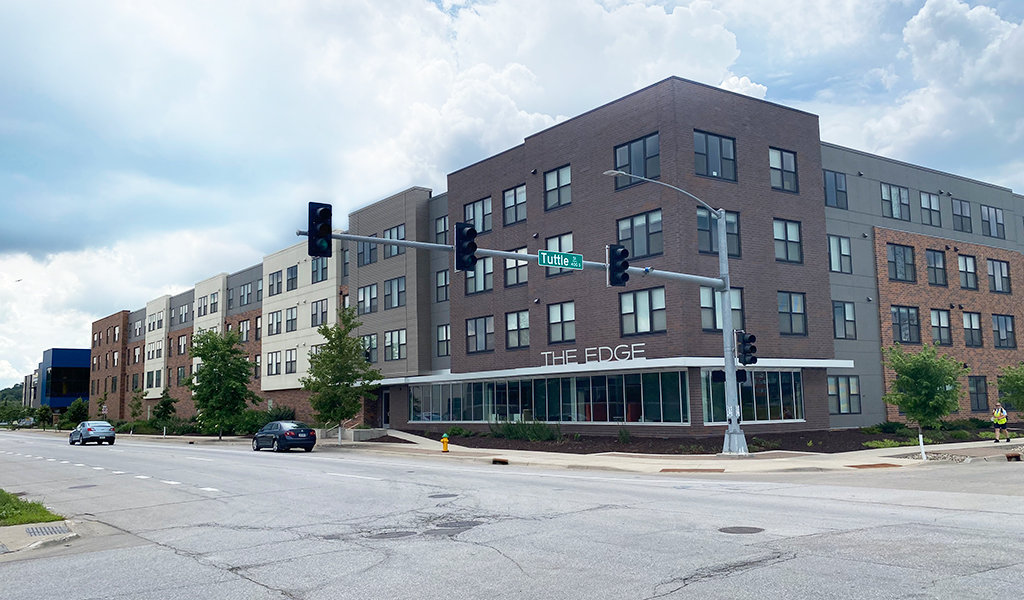 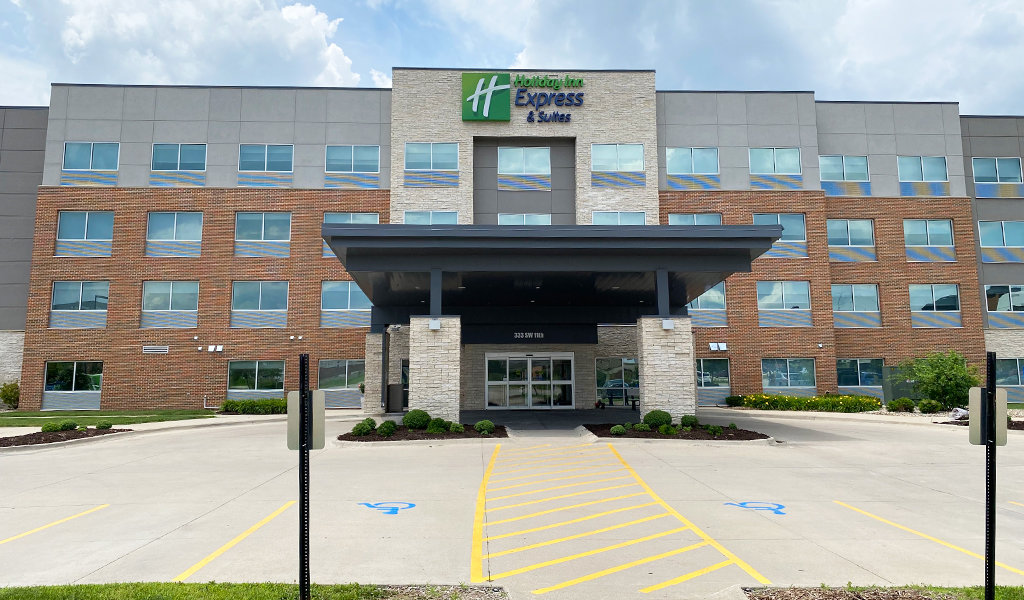 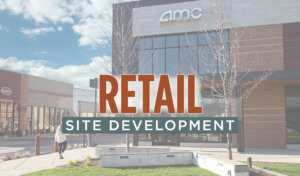 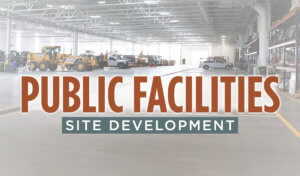 Taking advantage of a former brownfield site, the development of Gray’s Landing has expanded the downtown Des Moines landscape with its convenient location along Martin Luther King Jr. Parkway. Minneapolis-based, Sherman Associates created the master plan for this one-time industrial site located just south of the Central Business District and north of Gray’s Lake. They’ve since embarked on a multi-phase site development initiative to establish a blend of retail, hotel, office space, and apartment homes on the 35-acre site.

Once avoided by developers because of the area’s brownfield designation, the property had become more valued from a development perspective as the downtown area continues to grow and expand. Snyder & Associates has spearheaded the development and design for numerous projects in the Gray’s Landing master plan. These duties have included utility and access planning, extensive street improvements, and overcoming stormwater challenges to fully rehabilitate the brownfield site.

To kick-start the development, our team worked on three high-profile projects sprung from the roots of the master plan, including a Holiday Inn Express & Suites, the Edge workforce housing development, and the ultra-modern Nexus apartment building.

The Holiday Inn Express & Suites was one of the company’s first locations to blend traditional Holiday Inn Express standards with their savvy new “Formula Blue” look and feel. This design initiative, which puts sleep quality, simplicity, and ease of maintenance at the center of its concept, is mandatory for all newly built Holiday Inn Express properties. The stylish new hotel features 102 guest rooms and is just a short four miles from the Des Moines International Airport.

Located directly across the street, the Nexus is a $27 million, four-story apartment building featuring 142 residential units that combine first-rate living accommodations with 3,324 square feet of street-level retail space on the northwest corner of the building. The Nexus provides an upscale apartment living environment with an emphasis on tenant amenities. A private gym, swimming pool, underground parking, outdoor summer kitchen, and adjacent fire pit are just a few of the features you’ll find at this high-end facility. 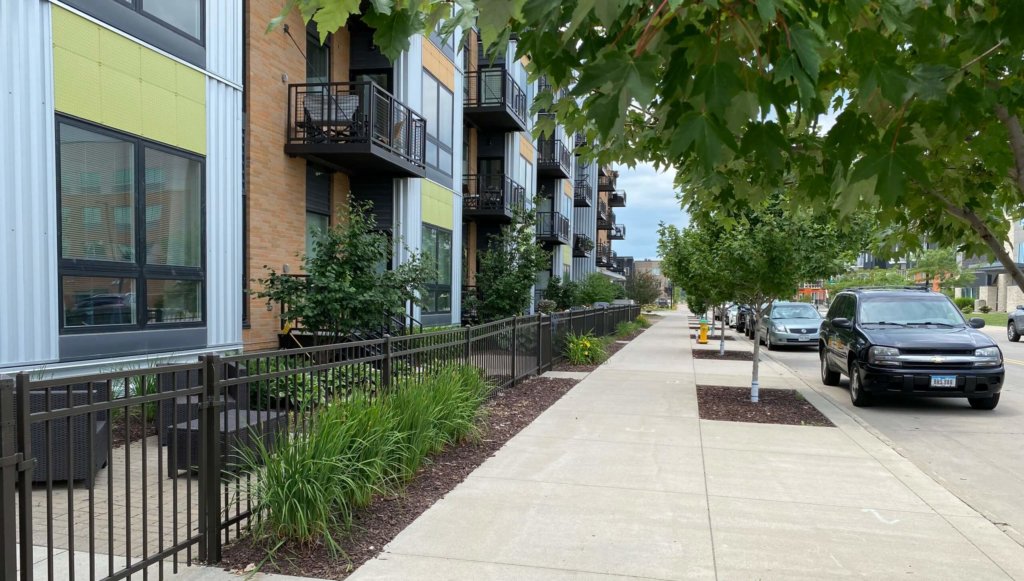 Just east of the Nexus sits the $16 million Edge complex. This 90 unit, four-story workforce housing development includes many of the same amenities as the Nexus complex with the addition of an enclosed parking area on the first floor. This project was awarded $3 million in Community Development Block Grants (CDBG), requiring at least half of the units be reserved for tenants who make less than 80 percent of the area’s median income, which is approximately $40,000 for a one-person household. 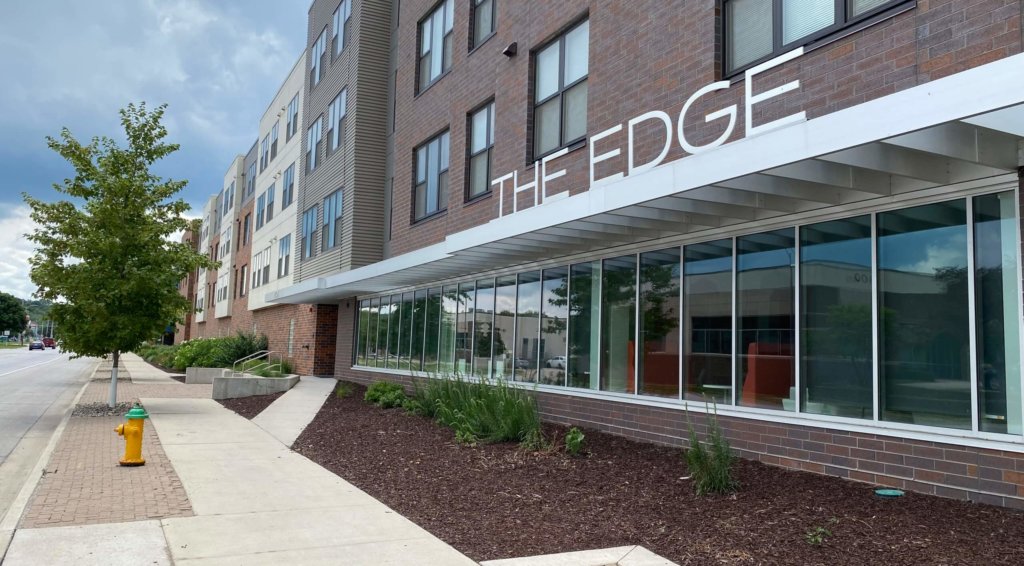 The use of permeable pavements around the Edge Building aid in stormwater runoff. 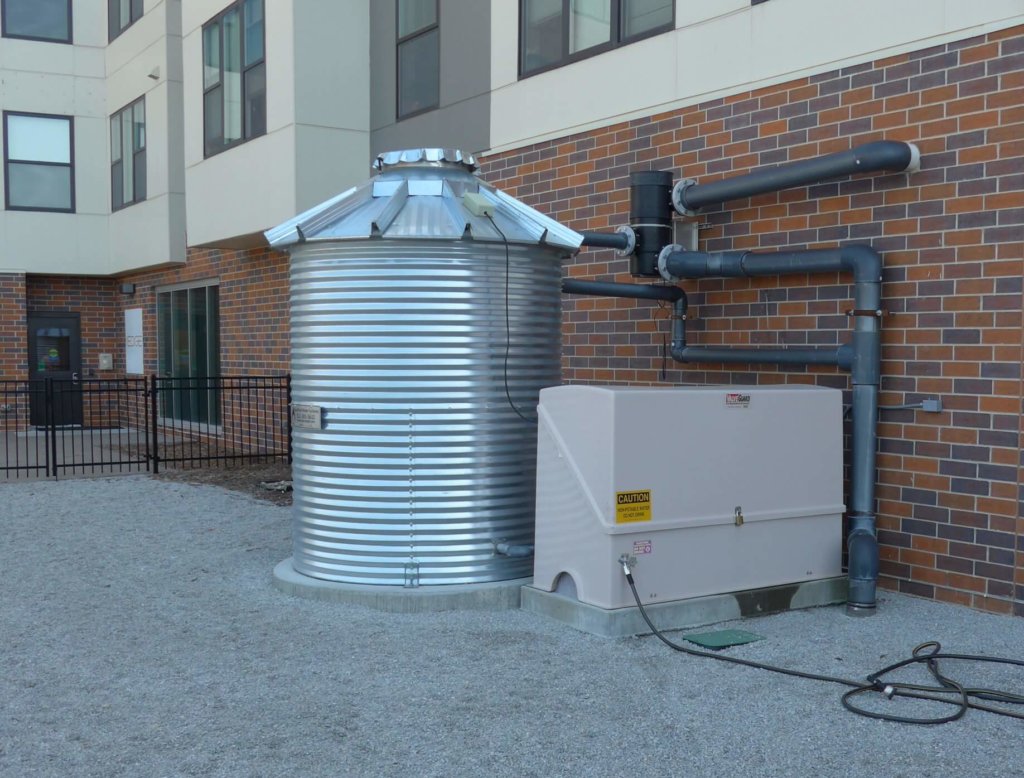 While the entire Gray’s Landing area is below the Raccoon River floodplain, it’s protected by an extensive levee system. However, both the Edge and Nexus feature green infrastructure improvements to manage and treat stormwater onsite before it reaches municipal systems. Proper management of stormwater can help alleviate flooding and provides a chance for the water to be cleaned and cooled before entering streams and lakes. Several noteworthy green infrastructure components were developed on the sites, including a Live Wall planter system, extensive use of permeable pavements to aid stormwater runoff, and multiple rainwater harvesting tanks to repurpose rainwater for irrigation of the community gardens.

The engineers with Snyder & Associates were tagged to create the site development plans for these multiple building locations with an eye on taking maximum advantage of the space available. Because of the area’s former industrial classification, significant infrastructure upgrades were necessary to support the addition of this upscale housing and retail space. However, the addition of these first-rate, multi-use facilities has laid the groundwork for more growth in the Gray’s Landing neighborhood.